Are Turkeys the New Backyard Chickens?

Probably not, but it’s entirely possible to raise them in suburbia. Here’s how. 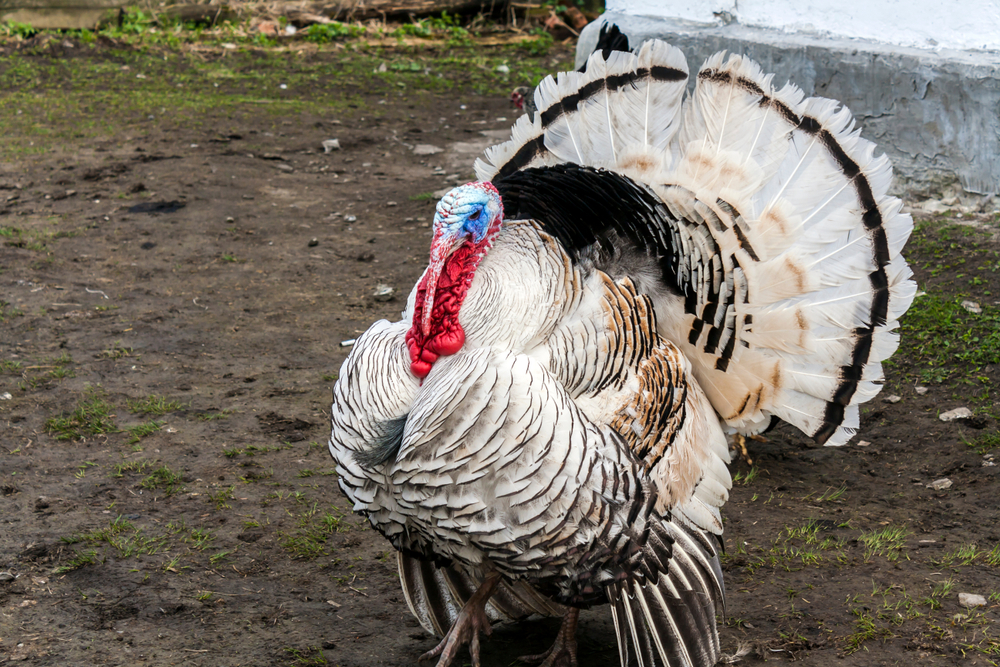 There are two types of people at Thanksgiving: those for whom eating turkey does not make them think about raising turkeys and those for whom it does. For those in the latter camp, here’s what you need to know to decide whether to raise your own for next year’s Thanksgiving.

Is it legal?
Increasingly, it is. As municipalities have drafted new zoning ordinances in recent years to accommodate backyard chicken enthusiasts, turkeys and other small livestock have often been included. This is not to say it’s legal everywhere—check with local authorities before proceeding. One big difference between chickens and turkeys, however, is that turkeys make a gobbling sound, which is not very loud, but it might be loud enough to disturb your neighbors if you live in a dense urban area. For this reason, turkeys are better off in the suburbs where houses are a little farther apart and yards are bigger.

How Much Space Do I Need?
Turkeys are social creatures, so plan on raising at least two. They are bigger birds than chickens and thus more space is required. You’ll need a minimum of 25 square feet of outdoor space per bird for them to exercise, with predator-proof fencing on all sides, as well as overhead. You’ll also need a small shed for a turkey coop; an 8-by-10-foot structure is big enough to house a few birds.

What Stuff Do I Need?
When the birds are poults—baby turkeys—you’ll need a heat lamp to keep them warm and a small enclosure to keep them contained (a kiddie pool lined with wood shavings works well). You’ll need a poult-sized feeder and waterer to start, and full-size versions of both as the birds mature. They’ll need a wooden bar in the shed on which to roost. And, of course, they’ll need turkey food, which is available at any feed store (like chickens, they will also gobble up kitchen scraps).

Can Any Dummy Really Raise Turkeys?
Absolutely—as long as you, or someone, is around to let them out of the coop each morning and close them up at night. They need clean water available at all times, and you’ll need to clean out their dwelling once a week. They are disease-prone, so you may find yourself on the Internet studying to become a turkey doctor, or spending a large sum of money to pay a farm vet to come for a visit.

What About the Slaughter?
This is probably the most important consideration. Many people raise chickens for eggs, which does not require killing them. Turkeys lay the occasional egg (they are delicious), but the idea here is to raise them with Thanksgiving in mind. Poults raised in spring will be big enough to slaughter right in time for the holidays. You need to have the skills, and the wherewithal to do so, or know someone who does. And note that, just because turkeys may be legal in your area, backyard slaughter may not. However, mobile chicken processors are increasingly found in urban areas, and they will likely slaughter a turkey or two for you. You can also try calling around to small-scale poultry slaughter facilities.

Sources for poults? Pros/cons of most popular breeds? Which diseases are they prone to? Cost analysis?

Keep in mind that domestic turkey poults are dumb, dumb, dumb. They will drown themselves in their watering fountain if you don’t set it up correctly. Same with pheasants. And presumably like pheasants,they’ll stuff their crops with bedding material, whether it’s edible or not, and then starve.

Aim for about 16 weeks growing time. That will get you hens in the mid20’s and toms in the mid 30’s. The first year I did them, I got them the same time as my layer chickens, mid May. Had them processed the Monday before Thanksgiving, had 6 toms that were over #50! Had to buy an electric chain saw to cut them in half! Now I get them the week after July 4th.