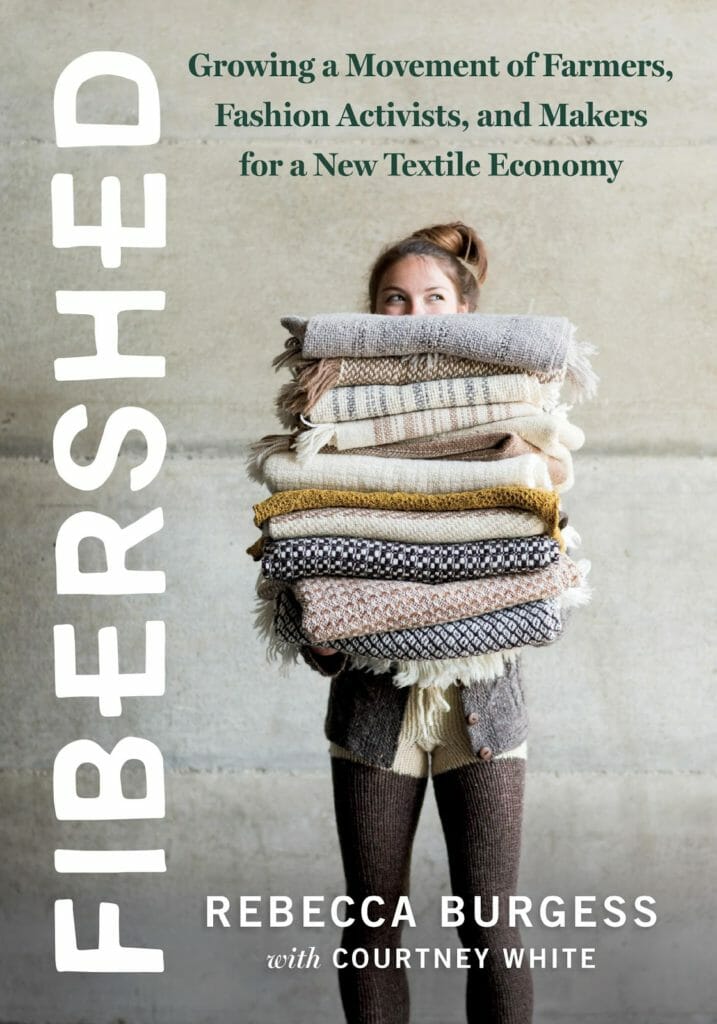 Rebecca Burgess wants people to think as critically about their clothes as they do about their food.

Around a decade ago, Burgess, a weaver and natural dyer, decided to develop what she calls a farm-to-closet wardrobe, made entirely from biodegradable materials sourced within a 150-mile radius of her home in San Geronimo, California. She enlisted the help of farmers and artisans to help produce her new clothing.

She wanted to show people that they could wear clothes using regionally grown fibers and natural dyes just as they had hundreds of years ago. She also hoped to reduce her own environmental footprint using materials that would naturally decompose.

She founded her own nonprofit called Fibershed to bring regional “fiber systems” to other places. Over the years, her farm-to-closet vision has been replicated in 53 other communities around the world. Her new book, Fibershed: Growing a Movement of Farmers, Fashion Activists, and Makers for a New Textile Economy, follows her journey.

“Fibershed is ultimately attempting to bring resources to the table for generally underappreciated or not recognized systems that have historically produced textiles and have been somewhat forgotten in the silver bullet culture that we live in,” Burgess says.

In her book, Burgess writes about how natural plant dyes and materials such as wool, cotton, hemp and flax can be grown and processed in a restorative agricultural system. Burgess also shares her knowledge of milling and other techniques that have made regional textile production possible.

She says farmers and ranchers have an especially important role to play in Fibershed, as they make the fiber or raw materials for clothing that would eventually be recycled back into the soil. Burgess also requires that the farmers she works with use regenerative farming practices.

Burgess says she hopes her book reaches people in cities and suburbs (and not just farm country) and gives them the inspiration to use her shared knowledge to contribute to their local textile economy. She adds that gardeners can grow enough in their backyards to dye their clothing.

Even those not interested in farming or gardening can learn something about the state of the fashion industry and the textile economy, Burgess says. At the very least, she wants to help consumers shift their attitudes about the clothes they buy.