A Small Rwandan Farm Looks to Solve a Big Problem

Nova Farm wants to provide a solution to a crucial issue across Africa: protein deficiency.

The field of soaring cornstalks and abundant ears looks more like Iowa than the dry Kayonza Province in eastern Rwanda. Just a few yards away, widely spaced plants that are barely more than three feet tall are more typical of local farmers’ fields. The dramatic difference points to a solution to a crucial problem in Rwanda and across Africa: protein deficiency.

On the tiny 15-acre Nova Farm, the fertile cornfield is a pilot project for teaching local farmers agricultural practices such as no-till planting, soil conservation to prevent erosion, crop rotation, and farm management. By increasing crop yields in maize (corn) and encouraging more farmers to plant soybeans, the project’s goal is to locally source grains for animal feed. That, in turn, increases the supply and lowers the cost of meat, which some poorer Rwandans eat only once a year. More affordable protein means better diets and less stunted growth in children.

“It’s all very connected, from the work we do here on the farm up the chain,” says Rosine Ndayishimiye, manager of Nova Farm operated by Bridge2Rwanda, a US-based NGO.

Gerardine Mukeshimana, Rwanda’s Minister of Agriculture and Animal Resources, stresses the importance of an evolving agriculture sector to provide better food security, increase export crops beyond coffee and tea, and create jobs. “Some farmers are starting to see agriculture as a business. They think in terms of making money by selling milk, or how much they can make by selling crops like onions or tomatoes,” she says.

Rwanda, which is the size of Maryland, is the second most densely populated country in Africa, raising the stakes for sustainably increasing the productivity of the land tilled by the country’s mostly subsistence farmers, who account for about 70 percent of the population. Ndayishimiye says her organization tries to do everything it can to tailor its projects to the average Rwandan farmer. 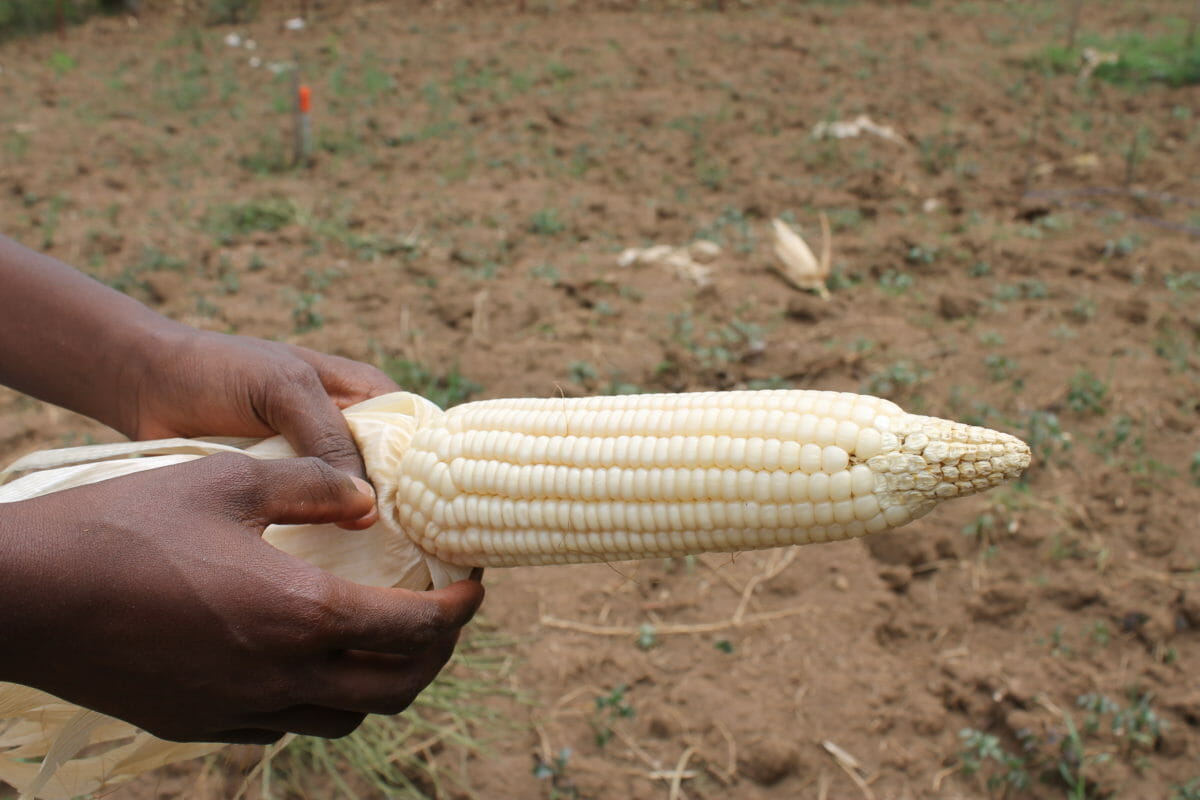 Seeing Is Believing
Some farmers look at Nova Farm’s fields with disbelief. Others who work at or have been trained by Nova Farm are starting to adopt better practices.

One of the biggest challenges at Nova Farm is convincing farmers to grow soybeans to supply a ready and growing market such as Zamura Feeds, an animal feed mill established in Rwanda by Donnie Smith, the former CEO of Tyson Foods. But with the average farm plot measuring less than half a hectare, farmers don’t want to grow what they and their families can’t eat.

It also takes some convincing to add new crops to the mix, such as salad greens that can be sold to hotels to service Rwanda’s growing tourism industry. When an American visitor to the farm munched a leaf of arugula that’s not part of the local diet, a Rwandan friend laughed, “You look like a goat.”

But the real evolution to come is changing how people think about agriculture.

Agriculture as a Career
A 2018 graduate of Babson College in Wellesley, Massachusetts, Ndayishimiye was on course to go into a career in financial services. But as she neared graduation, Ndayishimiye, who was among the Bridge2Rwanda Scholars educated in the US, felt pulled toward agriculture.

“I wanted to start a business in agriculture because it’s the least productive industry [in Rwanda] but has a lot of potential,” she says.

An unexpected call from Bridge2Rwanda founder Dale Dawson presented the perfect opportunity: to run the Nova Farm. While her family is supportive, Ndayishimiye admits her choice mystifies many people. “To them, farming is what you do when you don’t have any other options or education,” she says. “Some see it as a waste of my scholarship.”

But Ndayishimiye is the prototype of the modern Rwandan farmer: educated and with a view of how the agriculture industry can evolve from farm to processing to export. “Most of the time, young people are not interested in agriculture, but once you make it a business, they are coming into this sector,” says Mukeshimana, the agriculture minister.

To promote opportunities in agriculture, Rwanda has partnered with the Howard G. Buffett Foundation to help educate the next generation, including sending Rwandan students to the University of Nebraska-Lincoln to study agriculture and related subjects.

For Ndayishimiye, the title of “farmer” is expansive, not limiting. “I am also a businessperson,” she says. “I am bringing business analytics that I learned at Babson on how to make farming more profitable.”

Patricia Crisafulli is co-author of Rwanda, Inc.: How a Devastated Nation Became an Economic Model for the Developing World (Palgrave-MacMillan, 2012). Patrick Commins is a writer/videographer who has done work for One Egg Rwanda.

Popular
Could Dissolvable Cranberry Film Replace Plastic Packaging Someday?Emily Baron Cadloff
Alaskan Salmon Face a Stream of New MinesBecki Robins
7 Smokable Plants You Can Grow That Aren’t MarijuanaBrian Barth
Why Don’t We Eat Turkey Eggs?Dan Nosowitz
Goat Sex: Everything You Wanted to Know But Were Afraid to AskAndrew Amelinckx
Explore Modern Farmer
Related
Animals, Environment, Technology
Alaskan Salmon Face a Stream of New MinesBecki Robins
Animals, MTMF
Meet the Maine Teenager-Turned-Landscaper Thanks to Grazing GoatsBridget Shirvell
Animals, Environment, Health
To Stop New Viruses Infecting Humans, We Must Protect Bat HabitatAlison Peel, Peggy Eby, Raina Plowright
Labor, Politics
For Young Farmers, Land Access Will Make or Break the 2023 Farm...Emily Baron Cadloff
wpDiscuz
We use cookies on our website to give you the most relevant experience by remembering your preferences and repeat visits. By clicking “Accept”, you consent to the use of ALL the cookies.
Cookie settings ACCEPT
Privacy & Cookies Policy