The Elusive Goal of No-Till Organic

Giving up the plow is one of the best things a farmer can do for the planet. So why aren’t more organic growers taking the plunge? 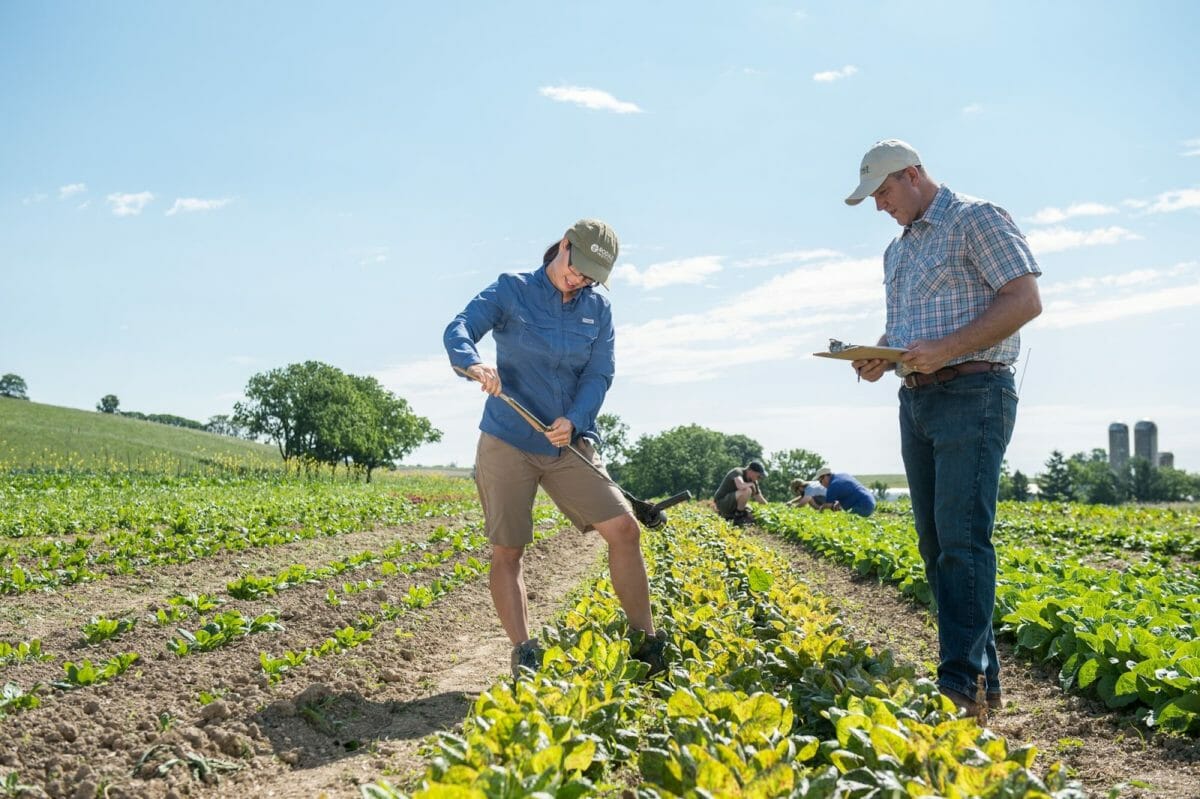 Tilling is as synonymous with farming and gardening as compost and muddy boots. It’s used to eliminate weeds and break up hard soil so that tender seedlings may grow. So, it may come as a surprise that growers are abandoning the plow in droves.

About one in five agricultural acres in America is now maintained without annual tillage. The reasons are many, and some are purely financial. Plowing from fenceline to fenceline costs farmers time and money, and heavily tilled soil often requires more fertilizer. Environmentalists like the idea of less tractor fuel and fertilizer use, and they also recognize that tilling destroys natural soil structure and makes farmland more susceptible to erosion. It is the primary culprit behind the loss of topsoil, which has become a global crisis. Tilling also releases soil-bound carbon compounds into the atmosphere, helping to make agriculture a major contributor to global warming.

Given these facts, one would think organic farmers would be first in line to give up their plows. But it’s not so.

The reason, explains Jeff Moyer, executive director of the Rodale Institute, is that organic farmers are reliant on tillage to control weeds, while conventional producers have the option of using herbicides (the advent of herbicide-tolerant GMO crops has allowed no-till to be adopted on a large scale). Moyer has worked at Rodale, a research center in Pennsylvania, since the organic farming movement was still in its infancy and he says it is essential that chemical-free agriculture lose its tillage habit if it is going to scale up to feed the world. “When I began working in organic agriculture in the seventies, much of our research on weed management focused on tillage,” he says, even though “we understood as soil scientists that tillage is not necessarily a good thing.”

Used sparingly, tillage is a fairly benign tool, he adds, but “overtilling, which many organic farmers are trapped in, is unwise—if you’re an earthworm, tillage day is not a good day.”

In the 1990s, Moyer and his colleagues at Rodale began working on a solution to the no-till organic conundrum. Organic farmers have long grown off-season “cover crops”—species that help replenish the soil without fertilizers. Traditionally, these would be cut and then tilled into the earth in preparation for planting. But Moyer wondered if there was a way to use the cover crop residue as a weed-suppressing mulch, just as gardeners often spread straw around their crops to keep weeds from germinating. In order to do so, he invented a tractor implement called a roller-crimper, which flattens the stalks onto the ground and roughs up the stems so they don’t resprout.

After flattening the cover crop, it’s possible for organic farmers to employ the specialized no-till planting equipment used by conventional growers to place seeds and transplants into the decaying crop residue. As that residue decomposes, it enhances soil structure, keeping the earth loose and fertile—and making tillage even less necessary.

“Everybody said it was impossible to grow crops organically without using tillage,” says Moyer.

He proved the world wrong, but even though it’s possible, it’s still not easy. The next steps for making organic no-till methods more widely adopted, he says, are advancements in the art and science of cover crops. No-till organic methods don’t work perfectly in every region with every crop—the variety of cover crop and how it is managed have to be perfectly tuned to the context. Right now, there are only a few types of cover crops in widespread use, and many farmers lack the experience in how to use them in a no-till system. This is slowly changing, says Moyer.

In the interim, he’s working to help the organic farmers who do employ no-till methods to gain greater recognition for their efforts and, perhaps, a price premium for their products. Rodale has recently completed the pilot stage for Regenerative Organic Certified, a new label that he hopes will be found on grocery store shelves soon. “We’re hoping that the first farms will get through the certification process by the end of next summer,” says Moyer.

Here in Tanzania we have long dry seasons and we need better cover crops to assist us with increasing the Mulch cover during this period of time during rotations to reduce Soil temperatures and improve the numbers of Earthworms and other beneficial microbes.

Thank you for this thoughtful and thorough explanation of why tilling is still widespread in organic agriculture, and some of the ways to reduce it!

Not to be too particular about it, but tilling and plowing aren’t the same thing. A rototiller thoroughly chops and mixes the soil while a plow simply cuts and “turns” it. They both disturb soil in some way, but the mechanics involved are quite different.

Excellent read. Another Great article about the details of no-till farming in this quarter’s issue of Wildlife Trends Journal…written by Certified Wildlife Biologist Jason Snavely, of PA….who was also a traditional farmer….until he saw/understood what the annual cycle of fertilizer, pesticides, herbicides and tilling was doing to his soil – basically killing all the beneficial life in it – hence it relies solely on a new round of F/P/H/T to grow crops.

I am a new farmer and using reduced tillage – because I am only market garden sized, I find the roller crimper cost prohibitive. I do not use my tractor for cultivation and cover crop and hand weed my 2 acre plot in the summer. Is there another way without buying an expensive piece of equipment. I am planning to use tarps next season.

The more no-till, the better. Saves all around.

Very interesting. Where can I find more information on the cover crop and crop partnerships to use and the roller-crimper?

Someone please provide me idea about breeding in rice-wheat for reduced till cultivation.