In his new book, ‘Food Town, USA,’ Mark Winne shows a food revolution is happening across the country. 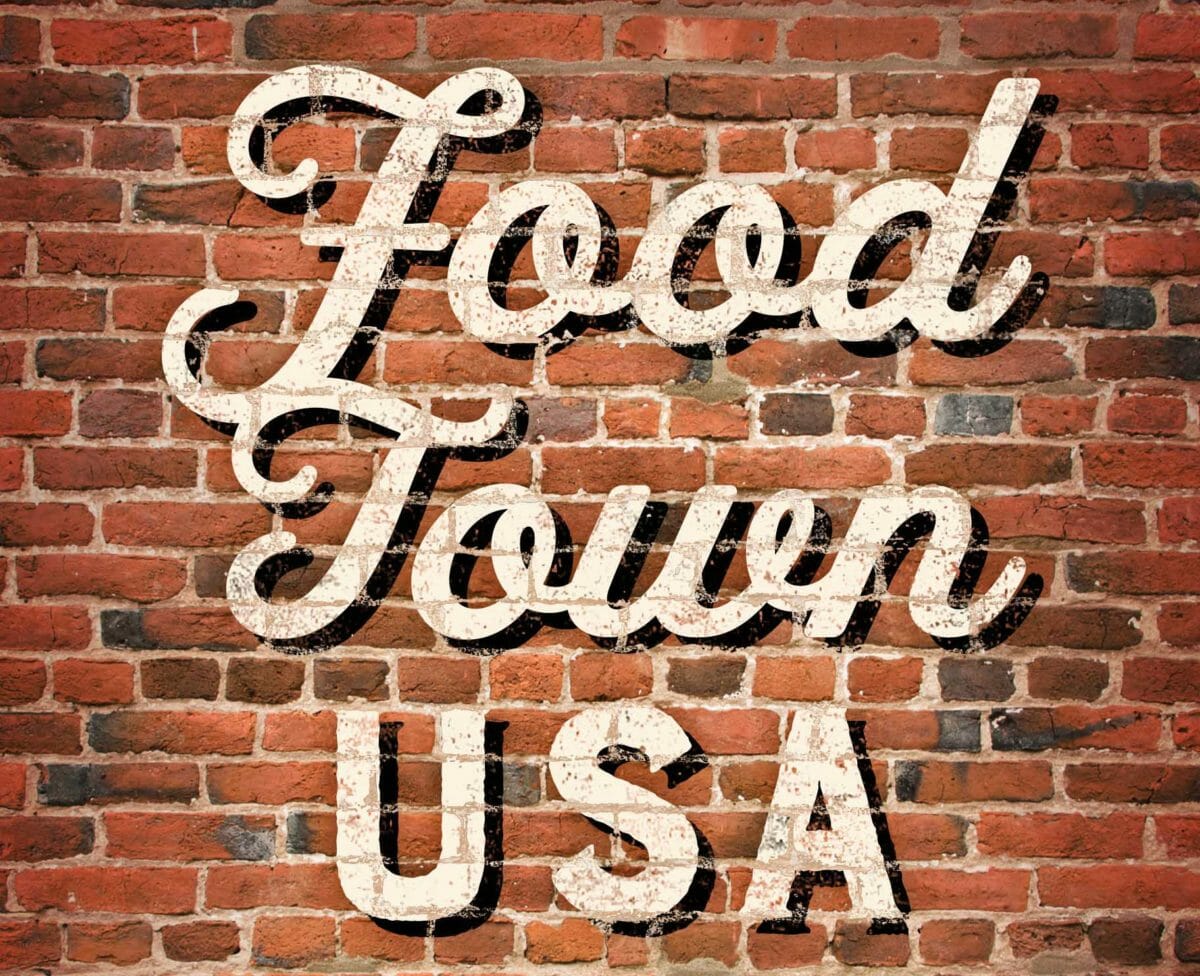 Youngstown, Ohio probably doesn’t strike most people as a destination for foodies. But Mark Winne begs to differ.

Over the last decade, the food activist and writer has witnessed an explosion of farm-to-table restaurants, brewpubs and independent coffee shops in America. Many might think this food renaissance is only happening in large coastal cities. But through his travels, Winne has found something much more expansive is going on.

Winne’s new book, Food Town, USA, follows his journey through seven unlikely food towns to show the presence of good food is becoming a new normal across the country.

“Good food was available increasingly around the country in all kinds of places, and people were paying much more attention to locally produced food,” Winne says.

He met with farmers, local politicians and brew masters in places like Sitka, Alaska and Bethlehem, Pennsylvania. What these places had in common was an unexpectedly thriving food scene. Many of these places didn’t have farmers’ markets a decade ago, let alone farm-to-table restaurants and brewpubs. But the shifting population and demographics of these areas during that ten years created a greater demand for good food.

“They didn’t want to eat at Denny’s. They wanted to have the real thing,” Winne says.

In addition to caring more about where their food came from, Winne says, people were also starting to care about tackling problems like food insecurity. One of the overarching concerns he heard everywhere was whether there would be enough new farmers to meet the emerging demand for good food.

In many of the places he went, Winne found new establishments had been started by young people who had grown up in these towns, left to learn their craft in big cities and then returned home to start their own businesses. Winne says some of these people knew their hometowns didn’t necessarily have the same opportunities as the larger cities, but they felt a draw or homing instinct.

Chefs from Portland, Oregon were also moving to places like Boise, Idaho, because the culinary scene in the former was oversaturated and crowded. It also didn’t hurt that real estate was cheaper.

One of the big questions Winne has wrestled with is whether economic development has brought good restaurants to these places, or if food was playing a part in bringing new businesses to town.

“It’s a little bit of the chicken and egg deal. I saw a little bit of both,” he says. In some places, Winne says, food has been seen as an economic engine that can jumpstart development. If these places were going to try to attract new businesses, the employees they would bring would want a quality of life similar to where they came from. So these towns needed to have nice coffee shops, good local brewpubs and a farmers’ market.

Winne says he also saw the emergence of an entrepreneurial class. “They were looking at the marketplace and wondering is this place ready for good food, or do I need to make them ready by opening up a place and hoping they will come?” he adds.

For Winne, this has all illustrated a new national consciousness that has taken hold across the country, and it is apparent in these new food towns.