Not all heroes wear capes. These ones wear nothing at all. 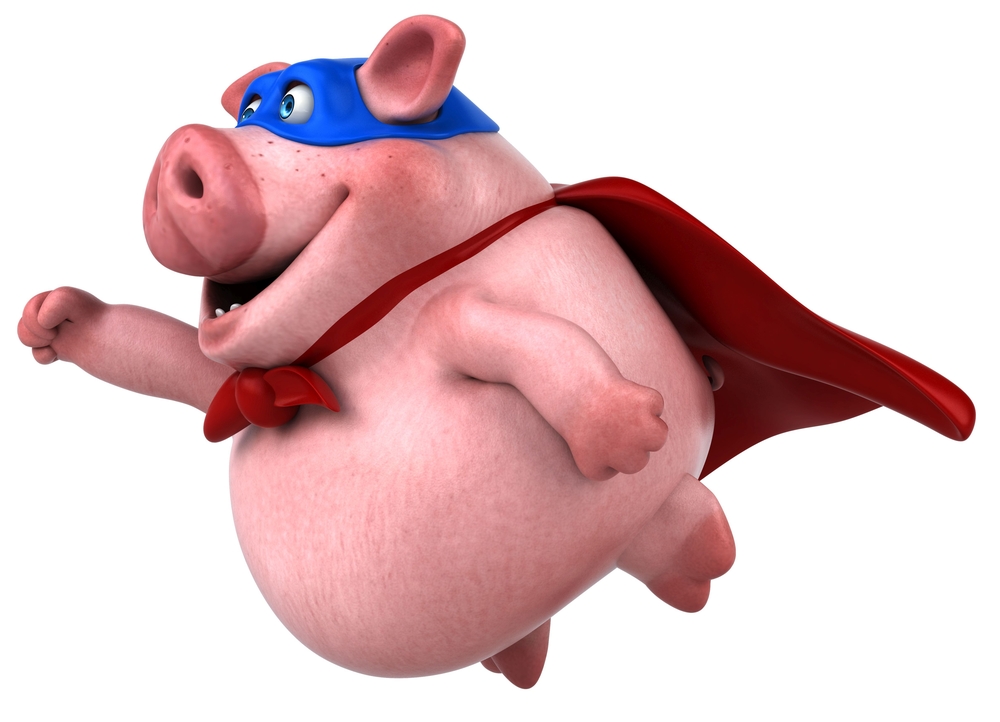 Farm animals have some astonishing talents bordering on superpowers.

Take pigs. Despite their reputation for carrying a few extra pounds, porkers are athletes. They can run at 11 miles per hour—faster than a six-minute mile, making them fine potential marathon partners.

Besides, pigs might thrive on quiz shows, being the world’s fifth-most intelligent animal — cannier than dogs. What’s more, they play video games better than chimps and have outstanding object placement memory.

Apparently psychic, cows can sense a coming storm and can likely recall how it felt, thanks to their prodigious three-year memory.

When they solve problems such as accessing food placed behind a door, cows get excited, meaning an elevated heartbeat and agitated brainwaves. An excited cow may even jump in the air. Cows can climb stairs, too.

Despite their conformist rap, sheep are equally cool memory athletes with a terrific problem-solving ability. In fact, their IQ rivals that of cattle.

While their various baas and bleats express how they feel, sheep can read other animals’ expressions. The fluffy empaths even self-medicate, eating curative plants.

In contrast, goats are hard climbing-machines capable of scaling sheer cliffs. Savvy, too, they can learn their names and new tasks in four attempts, mentally comparable to dogs.

Said to be cleverer than toddlers, scary-smart chickens can remember more than 100 different faces, including those of humans. Even more impressively, they display mathematical rationality, discipline, even a grasp of structural engineering. Further, they see and dream in color.

If a chicken physically loses its head, it can run a football field’s length before expiring. In a bonus, the hard charger is the closest living relative to a supreme dinosaur, the Tyrannosaurus rex.

Ducks are as smart as chickens, but a different personality altogether.