Whitehorse is an accessible, all-season destination in Canada’s Far North. 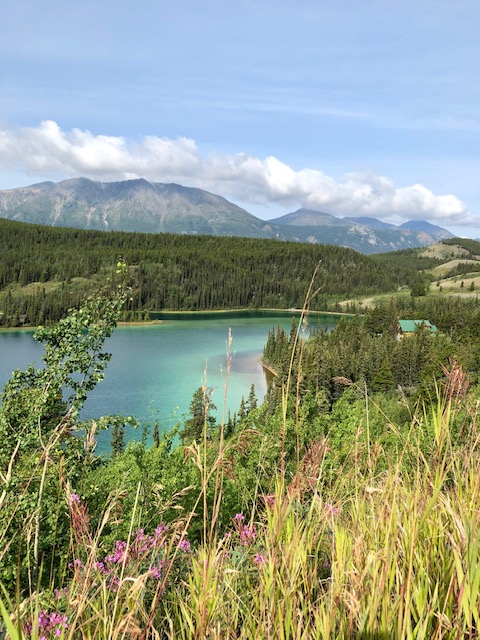 Kissing cousins to Alaska, Whitehorse, in Canada’s Yukon Territories, is a great getaway for a North of 60 adventure. Located along the route to the Klondike River Valley, it was a boom town during the 1897 gold rush, but is now drawing crowds for its rich landscapes and laid-back vibe. On a recent trip, I was still wearing sunglasses at 10:30 at night (the sun didn’t set until 11:30 p.m. that day.) During summertime, it’s hard to keep track of day and night, so you may as well take full advantage.

Sun’s up, buns up, with a goopy cream-cheese-iced cinnamon bun at Baked Café + Bakery (or a fresh-made bagel and schmear at Bullet Hole Bagels.) Then grab your beach bag and head to the Takhini Hot Springs; the super-relaxing waters are full of healing magnesium and calcium. Once you’ve toweled off, it’s time to rehydrate at Yukon Brewing, the first brewery to open here (circa 1997), where I sipped some spritzy Spruce Tip Pale Ale and a lovely Lemon Lavender Radler. 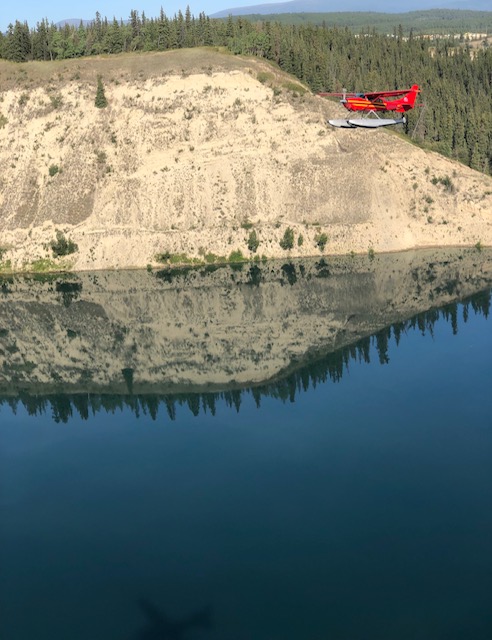 About an hour outside of Whitehorse is the town of Carcross – Kate and Will visited two years ago. But even before you hit the historic town, you’ll want to pull over and gaze out over Emerald Lake, aptly named for its dazzling color. Soon after, you’ll spot the tiniest desert in the world, Carcross Desert, just one square mile of sand dunes; it appears to have been dropped into the surrounding landscape from outer space.

Carcross, once an important stop during the Klondike Gold rush, is the hometown of the Tagish and Tlinglit First Nation people. Some of the historical buildings remain (the sourdough bakery, the general store), along with some vibrant new ones housing everything from truly exquisite local jewelry, to cafes and a candy shop. Master Carver Keith Wolfe Smarch can often be found in his carving shed. If you don’t want to rent a car, Whitehorse Who What Where Tours can shuttle you around (Whitehorsetours.com) as they did us. To that end, there are great outfitters that can take you hiking with huskies or horseback riding, such as Sky High Wilderness Ranch. (It’s also worth noting that there are two nine-hole golf courses in Whitehorse and during the height of summer, you can tee off at midnight.) 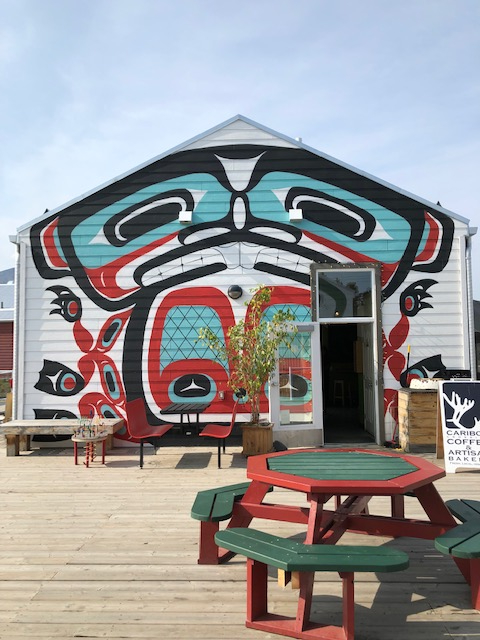 Now that you’ve seen such beauty from the ground, can you imagine what it looks like from on high? A bit of a splurge but a floatplane sightseeing tour should be on your bucket list. Tucked into a four-seater from the Alpine Aviation Float Base we take off from a crystalline lake and fly in, out and over mountain ranges, ice fields, and glaciers. It’s a bird’s eye view of sweeping landscapes and wildlife such as sheep and caribou, hikers and kayakers. 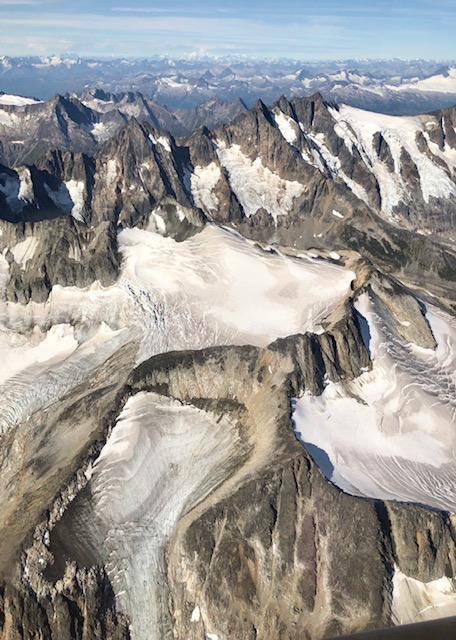 Whitehorse has a culinary scene on the rise. It even boasts the Yukon Culinary Festival, where chefs, including indigenous chef Cezin Nottaway, represent the flavors of Canada, such as smoked moose and caramelized maple syrup at cooking demos at the Fireweed Community Market, next to the Yukon River. The festival, which takes place each August, features immersive al fresco food events, such as a fire-cooked feast of game meats, local vegetables and fish on a grand scale, at the beautiful Kwanlin Dun Cultural Center. 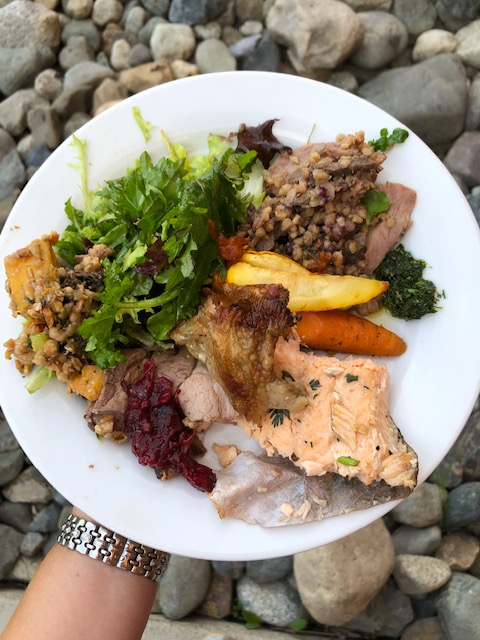 Another trip highlight was a cooking class and lecture at the new Well Bread Culinary Centre where we met Ione Christensen and her 121-year old sourdough starter. She’s still “feeding” and using the same starter her ancestors brought with them over the Chilkoot Trail in 1898. (She also just happens to be a fantastic storyteller, a former Canadian senator and a former mayor of Whitehorse.) 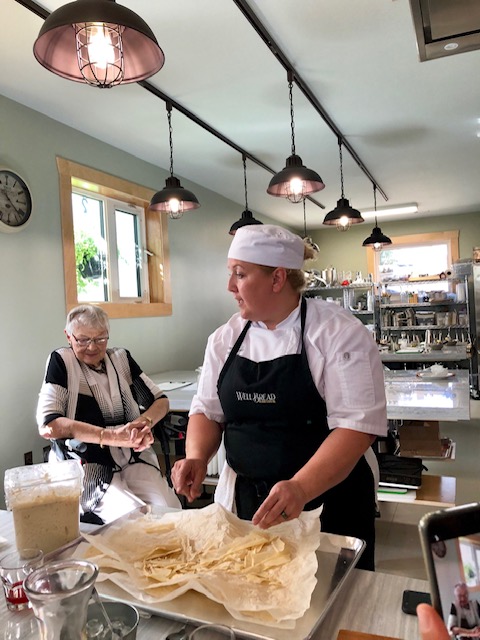 As far as bars and restaurants, there are some great options, including the Wayfarer Oyster House, new and delicious, it looks the part of a New York wine bar, but tastes right at home on 6th Avenue in Whitehorse. There’s also a trendy cocktail bar called the Woodcutter’s Blanket, plus an awesome karaoke bar, and another few great dive bars we visited on a memorable evening, as nighttime turned back into day.

And then it began anew, with a morning brew at Midnight Sun Coffee Roasters. 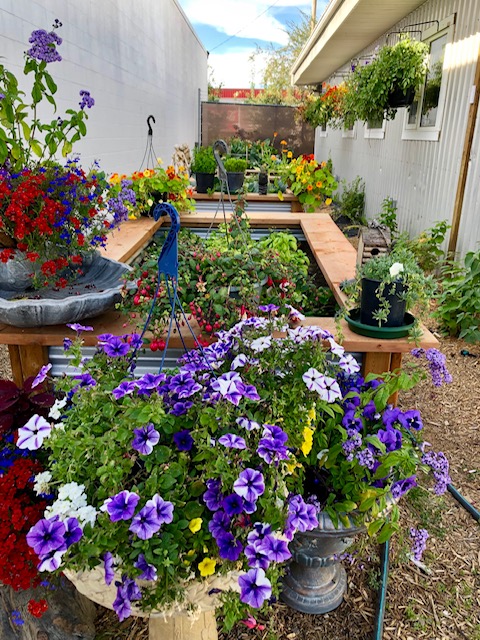