How Do You Eradicate an Invasive Crayfish in Berlin? Crab Rolls and Bouillabaisse - Modern Farmer
Food & Drink

How Do You Eradicate an Invasive Crayfish in Berlin? Crab Rolls and Bouillabaisse

It’s about rebalancing the waterways, one lunch at a time. 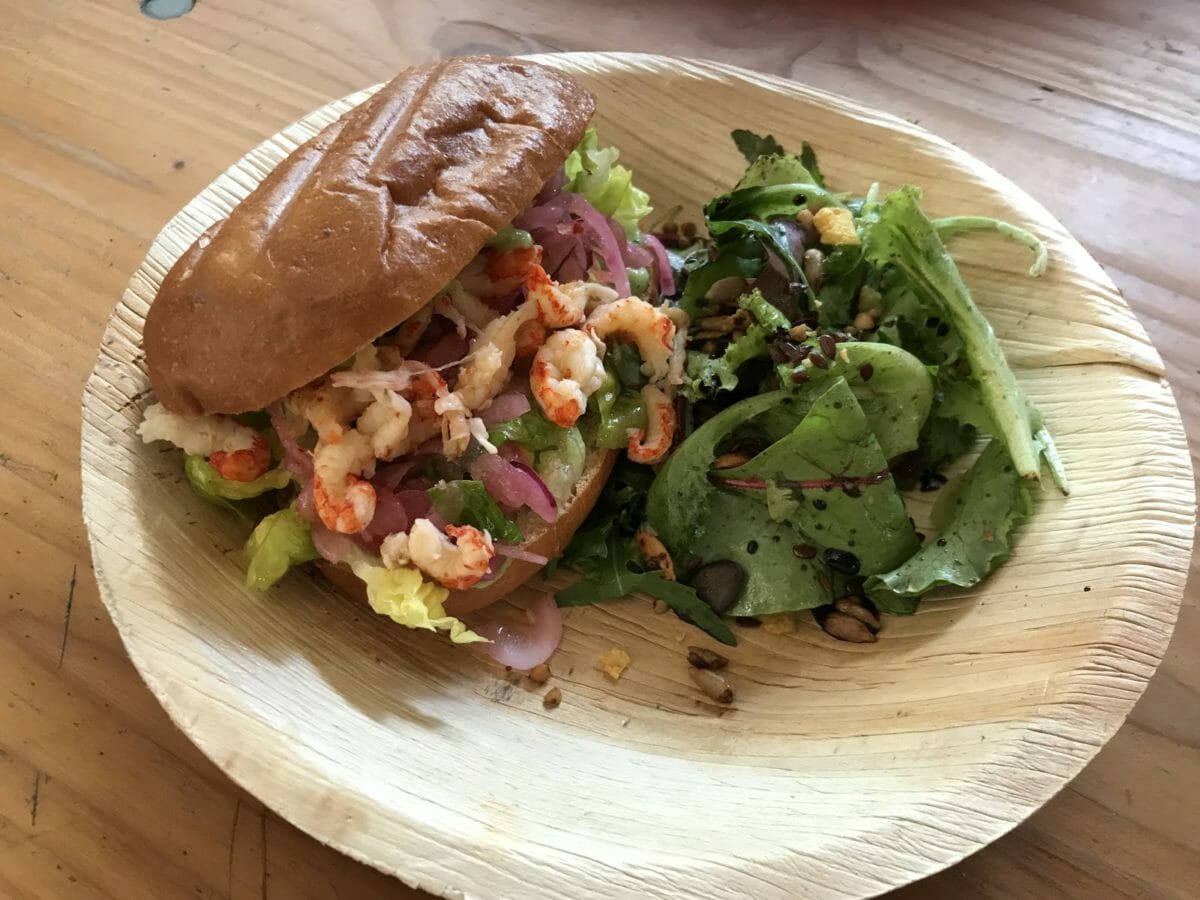 Berlin’s long-term residents have been dealing with a rapid influx of gentrifying newcomers — and the rapacious developers who love them — for nearly a decade. Less publicized are the city’s aquatic denizens, which have been facing a foreign onslaught of their own. How the small red Louisiana crayfish first made it into the waterways of the city’s elegant central park, Tiergarten, is inconclusive. But since Procambarus clarkii was first spotted in 2015, the rapidly multiplying crustacean has been hungrily and problematically feeding on native crayfish, lake plant life and the eggs and flesh of many of the 42 species of fish that comprise the rest of its underwater neighbors.

“We hope we can abolish all of them because they are very aggressive,” explains Derk Ehlert, wildlife adviser to the Berlin Senate. The city first took action against the Louisiana crayfish in 2016, moving large eels to Tiergarten’s waterways with the hope that they would eat most of the species. “Unfortunately, it wasn’t possible because the crayfish were already so numerous.” In 2017, observers began to witness the crayfish marching en masse down park paths — smaller in stature than the Easyjetsetters who persistently swarm the city but just as difficult to dislodge from the landscape. The city health department tested the crustaceans, which turned out to be perfectly safe to eat, and Berlin made licenses available to any local anglers who were interested in trapping them. A lone fisherman named Klaus Hidde took the city up on the offer (and he remains the only one) and caught 3,000 on his own between late April and the end of September, when the water is warm enough to get to the animals and before the lakes are covered in leaves. The following year, Hidde trapped 40,000 across Tiergarten and the Britzer Garten, more than 12 kilometers away, where the crayfish have taken up a secondary residence. 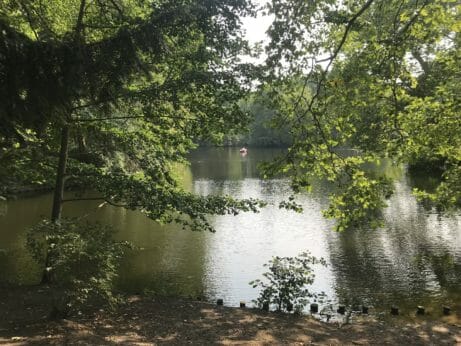 Neuer See in Tiergarten is one of the waterways that is home to the invasive crabs.

The Louisiana native’s origins in Berlin are murky, but Ehlert speculates that they were released from a home aquarium or rejected by a restaurant and disposed of in a Tiergarten pond. With any luck, though, other outlets that are more willing to cook the crustacean will help bring their numbers under control.

So far, only two Berlin restaurants, Fisch Frank and Grand Tang, have consistently kept Hidde’s catch on their menus. But in May, they were joined by Holycrab!, a catering business and roving food stand built around eating the crayfish. Two of three of its founders, Juliane Bublitz and Lukas Bosch, aren’t restaurateurs but innovation consultants, with backgrounds in design thinking. They read about the crayfish problem in the newspaper. “Invasive species lead to shrinking biodiversity, and states spend a lot of money to get rid of them,” says Bublitz.

As for the issue in their own city, they wondered how crazy it was that nobody was doing anything about it. The pair coined the idea for an “invasive delicatessen” over a glass of wine and connected with the chef, Andreas Michelus, who specialized in cooking meat and fish at the Hotel de Rome at the time. The Hotel de Rome and Hotel am Steinplatz, where Michelus previously worked, are among the city’s five-star hotels and have “the best kitchens in Berlin, which was important for us,” says Bublitz. “We wanted to not only do something innovative in terms of ingredients but also produce something people would like.”

Holycrab! is organized around the idea of hedonistic sustainability, a concept that originated in architecture and is perhaps best exemplified by Amager Bakke, the massive ecological waste-to-energy plant that was welcomed by Copenhagen with open arms, thanks to a ski slope known as Copenhill that occupies the expanse of the roof. “You’d think that if you want to act sustainably in food, you need to reduce what you eat, reduce the amount of meat you eat or don’t eat any meat at all,” says Bublitz. A concept like Holycrab! lets diners “have fun acting sustainably because you need to eat as much as possible to rebalance the ecosystem.” Michelus’ Berlin crab roll, his most popular dish, is delicious and sees Holycrab! going through 40 to 80 kilograms of the mild, slightly sweet crayfish every week at private caterings and their stand at Street Food Thursday, a weekly food vendor market held in a historic city market hall. Historically, the Berlin palate isn’t big on crustaceans, but customers from the United States, Russia and Ukraine are readily tucking into the fare at Holycrab!, says Bublitz, as are those who think consuming invasive species is simply the next logical step in local, sustainable dining. 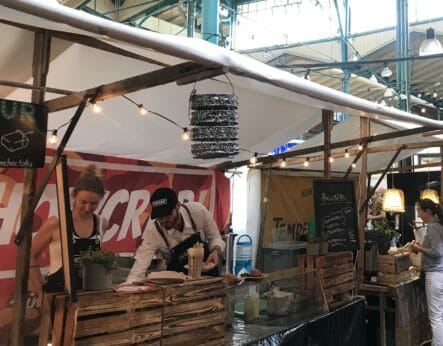 Bublitz isn’t too worried about running out of invasive crayfish. Besides the fact that the species is currently too numerous to realistically envision that possibility, Michelus prepares vegetarian dishes made from Rettengemüse, “rescued” vegetables that are typically trashed because they don’t meet the European Union’s aesthetic standards. In addition, the chef is already cooking up two other invasive crustaceans, Chinese mitten crabs and spinycheek crayfish, which occupy waterways outside Berlin. “If we’re lucky, we can eradicate one species, like the Louisiana crayfish, in Tiergarten,” says Bublitz. “But then there are all the others.”

Great idea. Feeds people and reduces an invasive species. Hope to see more of this, world-wide.