The scoop is in the poop, according to a recent study. 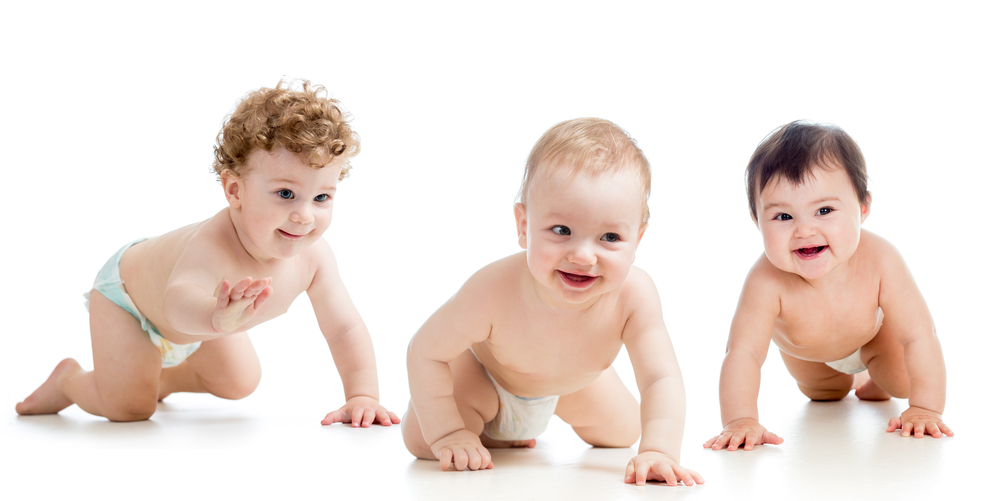 Compared to their city counterparts, farm babies have a leg up when it comes to immunology.
Photography Oksana Kuzmina
Share
Tweet
Pin
Email
768 Shares

You can learn a lot just by looking at your poop — at least that’s what a group of scientists in Ohio say.

Their recent study, published earlier this month in the journal Frontiers in Immunology, inspected the bacteria of fecal matter from babies in rural (Amish) and urban households and tried to determine who has a better immune system.

Researchers determined that kids from Amish households have ingredients in their gut that boost immune system development.

The study involved five infants from Amish farms and five babies from a midsize Ohio city, all of which were six months to a year old. The rural infants were all known to live on farms with livestock (cattle, horses and sheep) and pets (dogs and/or cats). The urban babies had no known contact with livestock but had pet dogs or cats.

Initially, scientists found that when assessing the fecal matter of each group, the farm infants had samples that were richer and more diverse in bacteria. Zhongtang Yu, coauthor of the published results, explained that this has a lot to do with the child’s exposure. “A newborn infant has no bacteria in their gut, but bacteria from the mother and surrounding environment gain access to the gut soon after birth and colonize the entire intestinal tract,” he says. “By living on farms where cattle and other farm animals are kept, the rural infants are exposed to different sources of bacteria from their urban peers.”

To determine what role the micro-organisms in both samples play in immune system development, researchers mixed micro-organisms from the babies’ poop samples in a milk formula and fed it to germ-free piglets. The results revealed that piglets that had bacteria from the farm babies in their digestive systems showed signs of stronger development in immune cells.

Renukaradhya Gourapura, coauthor of the study, acknowledges that similar research has been conducted on rodents. However, this study is the first of its kind that involves pigs and compares the gut microbiomes of Amish babies and their city peers.

“We wanted to perform this study on pigs, which are anatomically, genetically and immunologically more similar to humans than rodents,” he says.  “Pigs are a suitable model. They permit the colonization of most of the microbes found in humans compared to rodents.”

Though Gourapura doesn’t deny that the rural surroundings, like exposure to farm animals, might have played a role in the composition of the infant’s microbiome, he says that parents and parents-to-be can take some practical knowledge from the findings. “We know we can’t tell people to live where there are cows, sheep and pigs, as it’s just not practical or possible,” he says. “But expose your children to the environment from a very early age. This is one way to say that your children should not be confined to four walls.”

Both Gourapura and Yu add that the findings are just a starting point, and they hope to conduct future studies to establish a clear conclusion on the relationship between location, gut bacteria and early immune development.

“We are, at least, showing something that is feasible,” says Gourapura. “We have established a model system to develop more detailed studies.”

Popular
7 Smokable Plants You Can Grow That Aren’t MarijuanaBrian Barth
New Solar Panels Allow Farmers to See the LightNaoki Nitta
6 Differences Between Llamas and AlpacasAndrew Amelinckx
The Cold Swim HomeMarcie Callewaert
Goat Sex: Everything You Wanted to Know But Were Afraid to AskAndrew Amelinckx
Explore Modern Farmer
Related
Books, How-To, Lifestyle
How to Turn Your Garden Into a Business, No Matter the SizeEmily Baron Cadloff
Aquaculture, Technology
Can Interactive Mapping Tools Guide Shellfish Restoration?Bridget Shirvell
Lifestyle, MTMF
Meet the Farmer Helping Black Kentuckians Return to Their Agricultural RootsKelly Magyarics
Animals, Health, news, Technology
First Vaccine for Honey Bees Approved by USDAEmily Baron Cadloff
wpDiscuz
We use cookies on our website to give you the most relevant experience by remembering your preferences and repeat visits. By clicking “Accept”, you consent to the use of ALL the cookies.
Cookie settings ACCEPT
Privacy & Cookies Policy