How to Make Fresh Sea Salt

Headed to the beach this summer? Bring home a shakerful of seaside terroir with these easy steps for DIY salt. 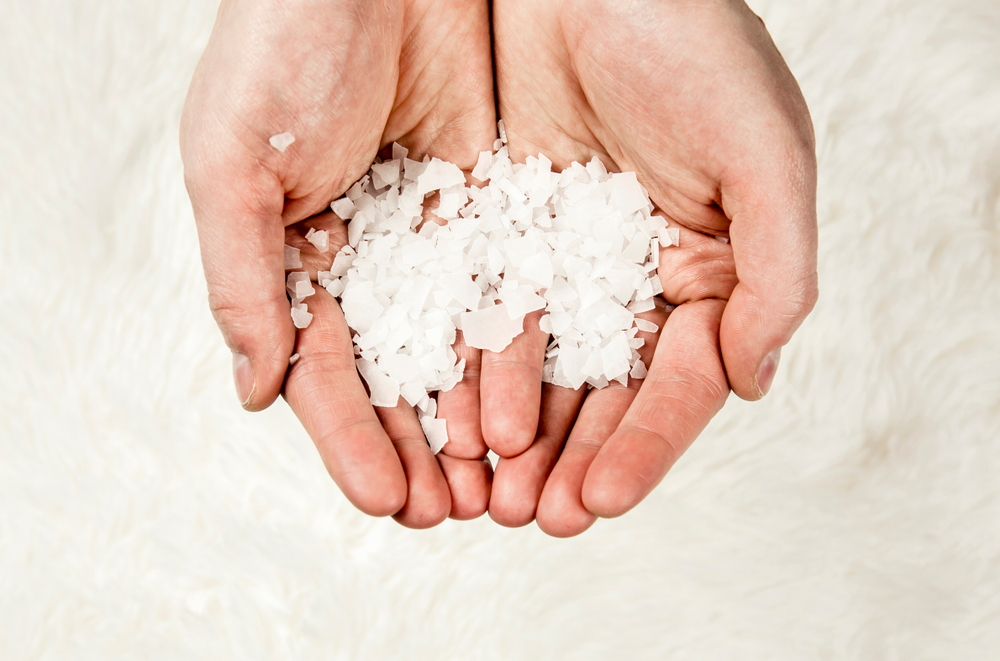 For a fun summertime project, you can make your own sea salt. It takes some time (days, actually), but then you’ll be able to tell dinner guests that you made your own salt. (Worth it.)
Photography FotoHelin/Shutterstock
Share
Tweet
Pin
Email
251 Shares

Whether you’re traipsing through the sand in Maui, Mallorca or Maine, every ocean environment has its own flavor, the essence of which can be distilled, quite literally, in salt. The salt in seawater is flavored by the unique mixture of marine creatures, aquatic plant life and geology present, with further nuances from seasonal and climatic forces. Bringing those flavors home to the dinner table is surprisingly simple.

Where to Collect Seawater
It may seem obvious, but don’t attempt to harvest salt from waters near sewage plants, nuclear reactors and industrial zones. Urban salt is probably not the terroir you’re after. Instead, gather it from pristine regions where the water is clear. Likewise, to avoid excess sand, sunscreen residue and various unseemly things that end up in the water at popular beaches, wade out as far from shore as you comfortably can to collect the water (better yet, collect it from a boat).

From the Ocean to the Kitchen
One gallon of water yields anywhere from half a cup to a full cup of salt, depending on its salinity. Almost any container will do, including plastic jugs, glass bottles and coolers. Once you have the water, let it sit undisturbed for several days in a cool place so that any sand or sediment present floats to the bottom. You can skip this step by filtering the water through several layers of cheesecloth, but you’ll lose some of the salt that way.

Extracting Salt
The next step is to heat the water on the stove to let it evaporate slowly (a large canning pot is ideal for this purpose). To avoid disturbing the sediment at the bottom, use a plastic tube to siphon the water into the pot and leave an inch of water. Heat on low, making sure that the water stays below the boiling point. Depending on the quantity of water, it may take several hours or even days until it cooks down into a salty slurry. To avoid burning, remove from heat when there’s only an inch of water remaining in the pot.

Final Steps
If you have a sunny place that’s free of insects (say, a big picture window or screened-in porch), distribute the salty slurry in shallow baking tins to allow the remaining water to evaporate. Alternatively, put the baking tins in the oven on the lowest setting. For the purest flavor, evaporate the last bit of moisture without direct heat by hanging the salt in a cloth bag for a few days. Grind as desired.

Working on my first batch! Curious, why do we not want to reach the boiling point? I had planned to just boil it down!