Farm to Glass: An economic chain that leads straight to the whiskey bottle

How American whiskey is moving ahead by looking back. 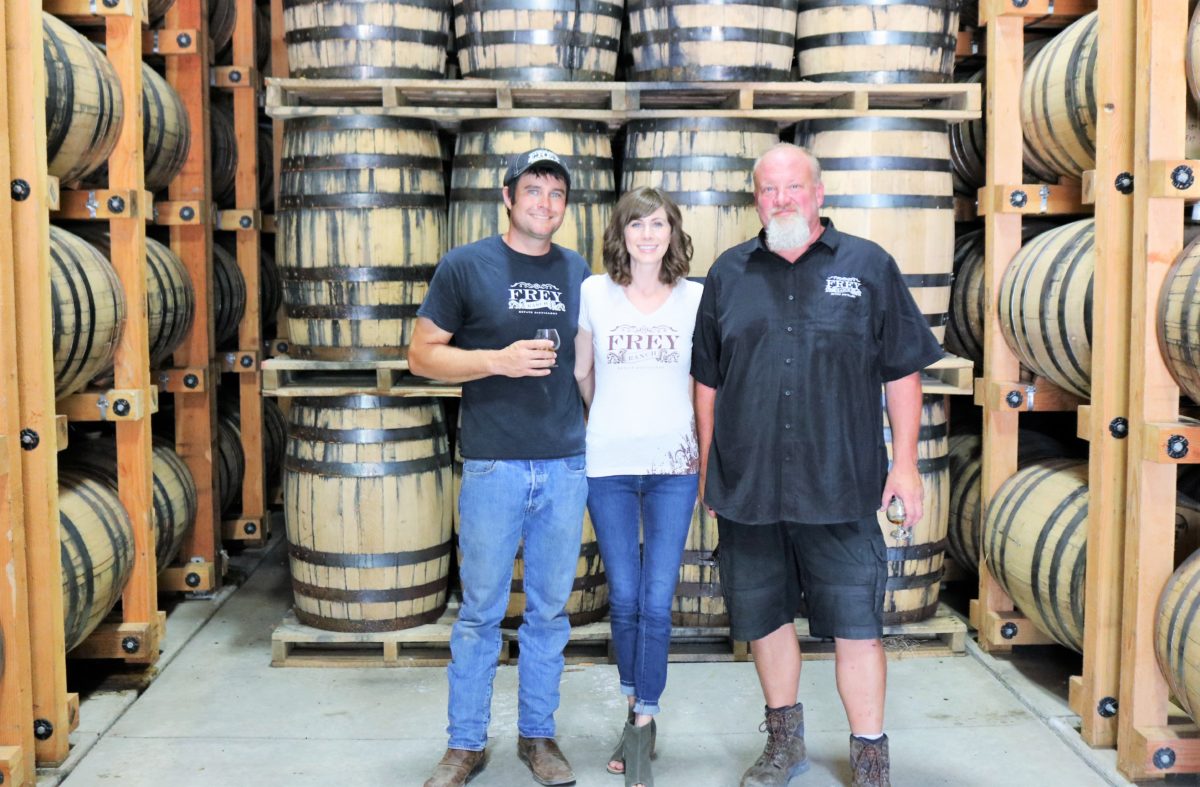 The Frey family has been farming grain in Nevada since 1854, and each individual grain that ends up in a bottle of their spirits is one of their own.
Photography Jake Emen
Share
Tweet
Pin
Email
409 Shares

Deep in Washington’s Skagit Valley, an agricultural region with 80,000 acres of farmland, you might come across fields of test plots that showcase both two-row and six-row barley, as well as barleys of different heights, colors and characteristics. Some stalks are bright and golden, while others are pale hued or dotted with black or purple. As I survey the ongoing collaboration between local farmers, Washington State University’s The Bread Lab, Seattle’s Westland Distillery and Skagit Valley Malting, I realize that the future is bright — if multicolored — for American whiskey.

Distillation has always been an agricultural activity and, whether it was grain, grapes or other fruits, farms distilled what they had in abundance. Like many others, that connection has largely been lost. But today you’ll find the beginnings of a reversal, as American distilleries are looking back to the farm to move ahead.

Westland Distillery wants to do more than produce an excellent single-malt whiskey; it wants to produce a whiskey that provides a true taste of the Pacific Northwest. “For us, to just copy Scotch isn’t authentic or honest,” says Matt Hofmann, master distiller for Westland Distillery.

Hofmann met Dr. Stephen Jones, director of The Bread Lab, at a 2012 conference, and the pieces soon fell into place for a project to cultivate unique, locally sourced, high-quality barley varieties. “The key is that the breeder works directly with the distillers and maltsters,” he says. Working with everyone from scientists and chefs to bakers and brewers, Dr. Jones dubs The Bread Lab a “think tank” and a “baking laboratory” for breeding wheat and other grains. Each party knows what they’re looking for and is able to work toward a common goal. “That’s the point of The Bread Lab: bringing all of these people together.”

The ideal outcome is that The Bread Lab will develop lucrative, high-yield barley varieties that are worthwhile for farmers to grow, feeding that supply chain from the start with a built-in customer base awaiting the product. “It goes back to working for the farmers first,” says Dr. Jones. “That’s our starting point here.”

Dave Hedlin, the third-generation owner of Hedlin Family Farmers, is one of the farmers growing these test plots. “Donating a few acres each year is nothing compared to what we get,” says Hedlin. “Now, we’re able to find niches here where we can grow grain for profit. If we can differentiate ourselves on the market, that’s pretty exciting.” 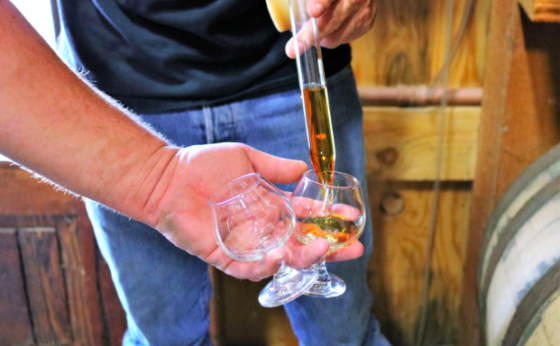 As for Westland, the hope is that when all is said and done, they’ll be able to source distinctively flavorful local grain. “It has to taste good,” says Hofmann. “It’s not just local for the sake of being local. And this needs to work for everybody involved, including the farmers.”

It’s a long-term project but one where the initial investment of time, effort, money and land can pay major dividends. “If I win a race to the bottom, then where am I?” says Hedlin. “I’d rather win a race to the top.”

Lots of distilleries like to use the term “grain to glass,” but for most it’s about as hollow as your average “farm to table” restaurant slogan. At Frey Ranch Estate Distillery in Fallon, Nevada, they use the phrase “ground to glass,” and you can bet that isn’t a turn of words that’s thrown around lightly.

The Frey family has been farming grain in Nevada since 1854, before the region was even a state. That’s a whole heap of invaluable, hard-earned experience to produce the highest-quality grain, and it’s a differentiator in a distillation scene that’s largely dependent on bulk commodity product.

“With commodity, you don’t know what pesticides are sprayed on it or what variety it is,” says Colby Frey, co-owner of Frey Ranch Estate Distillery with his wife, Ashley. “You get what you get, and we don’t want to do that. You can’t make good wine with bad grapes, and it’s the same with grain and whiskey. That way, we can ensure that no corners are cut.”

The Freys own 1,400 acres and farm a total of 2,500 acres, and each individual grain that ends up in a bottle of their spirits is one of their own. The entire distillation process is handled on-site, meaning that the first time any of the grain leaves what Ashley describes as a “one-mile radius” is when bottles are sent to store shelves or when you walk out of the tasting room with one in your hand.

The Freys clearly bring their farming credentials to the forefront, and so does the distillery’s general manager, Russell Wedlake. He is one of the few licensed Certified Crop Advisors in Nevada, and he has found that the way grain behaves in the field mimics the way it behaves during malting, fermentation and distillation. “All the way through the distillery, it’s the same as it is in the field,” says Wedlake.

The distillery initially released vodka and gin, and now its first whiskey is ready to make its debut in November: a four-grain bourbon that they’ve patiently allowed to age for the past four years. A lineup of additional whiskeys is on its way, but bourbon will shine as the distillery’s core product.

The Freys know what they want their final spirits to taste like, along with what characteristics the grain needs to have during distillation to reach that end result. This enables them to make knowledge-driven decisions from the very start. “That’s the good thing about being a farmer,” says Frey. “You know a little bit about everything.”

Related
Environment
High Winds Are Rattling US Farmers This SpringSarah Kuta
Food & Drink, Technology
How High-Pressure Processing Is Helping Remote Farmers Bring Fresher Foods to MarketNaoki Nitta
Dairy, Environment, Technology
Can Biodigesters Save America’s Small Dairy Farms?Anne N. Connor
Food & Drink, Plants, Recipes
A Botanist-Bartender’s Ode to the DandelionDanny Childs
wpDiscuz
We use cookies on our website to give you the most relevant experience by remembering your preferences and repeat visits. By clicking “Accept”, you consent to the use of ALL the cookies.
Cookie settings ACCEPT
Privacy & Cookies Policy