7 Crops to Plant This August

Don't wait until the fall to plant your "fall" garden. 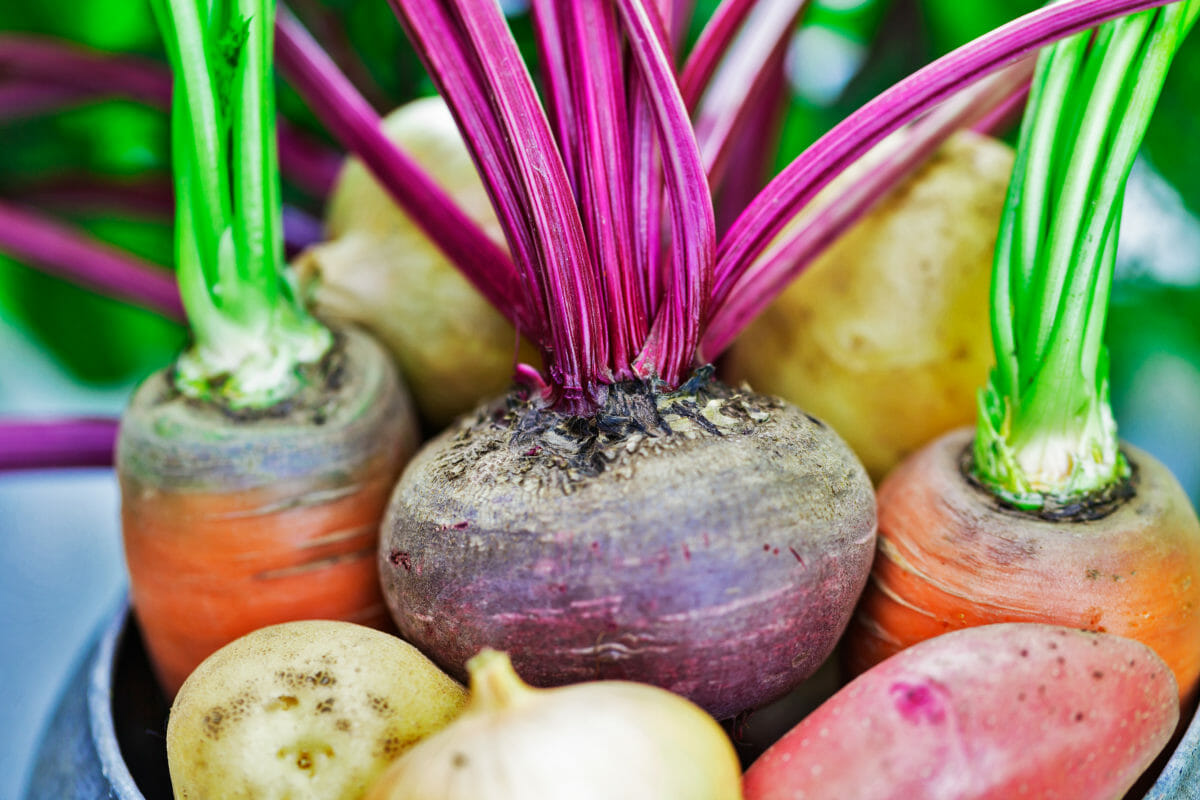 It's about that time to start thinking about your fall garden. Root vegetables and leafy greens are a great choice.
Photography By Fishman64 / shutterstock.com
Share
Tweet
Pin
Email
725 Shares

A select number of “cool-weather crops,” mainly greens and root vegetables, thrive when planted in mid to late summer. That may sound counterintuitive, but the idea is to get them started early enough so that they are maturing as the weather turns crisp. If you wait until fall to plant your “fall” vegetables, cold weather may nip them before they’re big enough to harvest.

Here are some of our favorite cool-weather crops. To avoid heat stress on the seedlings, it is best to sow fall crops indoors, or in a semi-shady part of the garden, and then transplant them to their permanent location two to three weeks after they sprout. The fall planting window stretches from early August in northerly latitudes to late August and early September in southerly locales.

The fall planting window stretches from early August in northerly latitudes to late August and early September in southerly locales.

This Austrian heirloom goes by various names – Forellenschluss, Flashy Trout Back, Freckles – all of which refer to its spotted appearance. It looks as though someone has dripped Merlot all over the leaves. This is a romaine-type lettuce that matures in about 60 days.

This old-school Southern heirloom, which is often sold under the name Green Glaze, is essential for authentic collards and ham hocks. With ruffly-edged leaves that have a unique glossy sheen (as though they are already coated in grease), these collards are a different animal than those found in the supermarket. Pest- and frost-resistant, this variety often persists through the winter in mild climates.

Also known as a Spanish radish, Noir Gros de Paris or Black Mooli, these dark-skinned beauties grow much larger (nearly softball size) than your standard red skin radish. They also have a more pungent flavor and a tougher texture – that may sound unappealing but don’t knock it ’til you try it (black radishes have a cult following in the culinary world). If the flavor is too strong for you raw, trying cooking them as you would turnips.

Speaking of cooked turnips, this is one variety that is so sweet and tender you can eat it raw. They are often diced and tossed in salads. Hakureis are unusually small for a turnip – they’re ready to harvest when they reach two inches in diameter. And they only take about 40 days to reach maturity, so it’s one fall crop that you can get away with planting on the late side.

Also known as Chioggia beets, these Italian heirlooms are as glamorous looking as the name implies. They are also tender and tasty – even those who turn their nose up at the intense, earthy flavor of most beets often find mild, sweet (one might say, candy-like) Chioggias to their liking.

Why not plant a garden that is both beautiful and delicious? So-called rainbow chard is not a distinct variety – it’s really just a mixture of chard cultivars that happen to have stems in different colors (red, pink, white, orange, yellow and gold) – but it’s a fun way to grow this sweetly-flavored green anyways. Harvest the baby greens in as little as 30 days or give them 60 days to mature into bunches. Multi-hued chard seed is sometimes sold under the name Bright Lights.

There is no kale more sweet or tender than this heirloom, which is also known as Ragged Jack because of the zig-zag shape of the leaf edges. It matures in as little as 60 days and is one of the most cold-hardy greens available (along with the closely related Siberian kale). The purple, red and green tones of the foliage grow more vivid as the weather cools. Harvest the baby kale after 30 days for a nutrient-packed – and colorful – addition to salads.