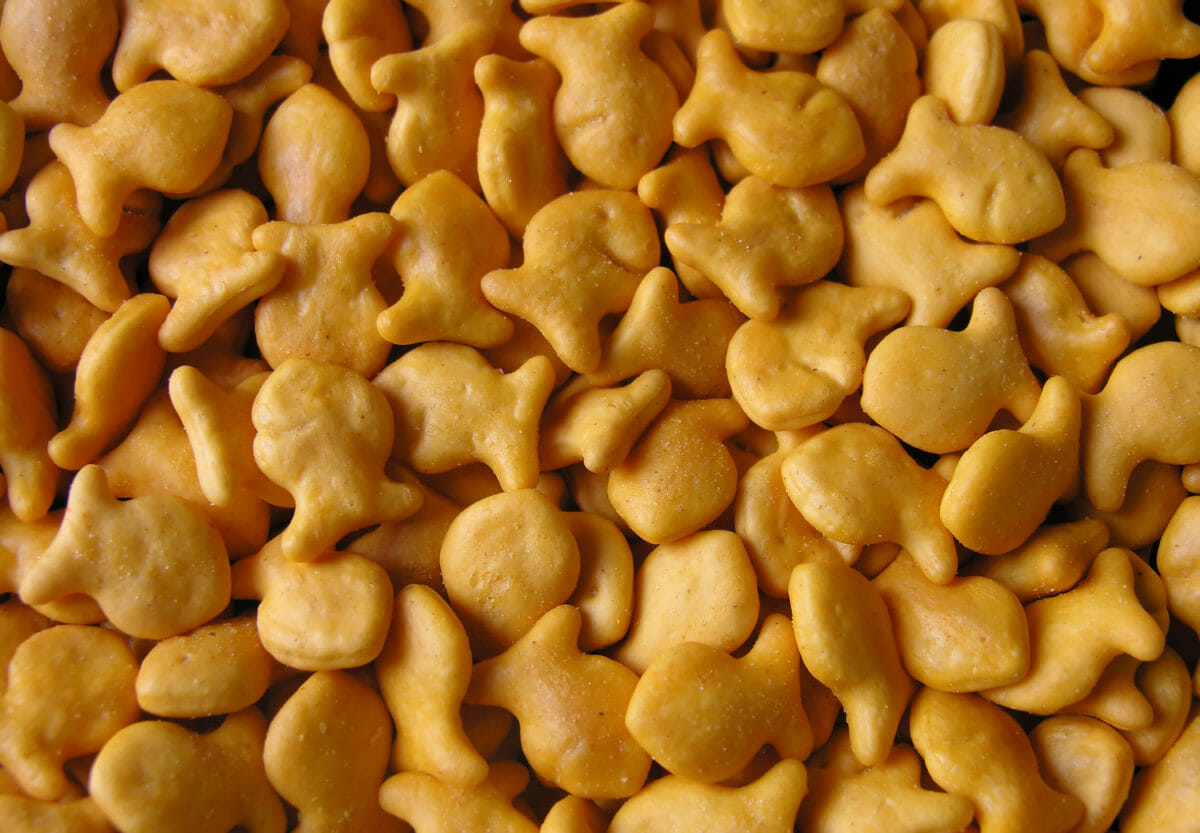 This week, two purveyors of some of America’s finest crackers, Ritz and Goldfish (owned by Mondelez International and Pepperidge Farm, respectively) announced recalls due to fears of salmonella contamination.

The culprit seems to come from a supplier of whey powder. During the cheesemaking process, a coagulant – either acid or rennet – is added to dairy, clumping up solids together and leaving a liquid behind. The solids are formed into cheese; the liquid is whey, and it’s a very useful ingredient. When dried into a powder, whey is used to assist a cheesy flavor in crackers, and also has some preservative functions. Whey: good!

Unless it’s contaminated with salmonella, that is. Salmonella is a bacteria that causes upwards of 1.2 million illnesses and 450 deaths per year in the United States alone. As a result, Mondelez International is recalling many of its products that contain that weird cheese spread, include Ritz Bits cheese cracker sandwiches. Pepperidge Farm’s recalls include Flavor Blasted Xtra Cheddar and Sour Cream and Onion flavored Goldfish, regular (not blasted with flavor) Xtra Cheddar Goldfish, and a mix that includes said normal, non-blasted Goldfish.

Both companies say that this is a precautionary measure and that no illnesses have been reported from the affected products.

In recent years, an uptick in reported foodborne illnesses has resulted in reports that the FDA’s recall system is hopelessly slow. (The USDA is responsible for recalls of meat, poultry, and eggs; the FDA handles all other food recalls.)

Popular
Is Agroforestry the Key to Hardier Row Crops?Shea Swenson
7 Smokable Plants You Can Grow That Aren’t MarijuanaBrian Barth
Where Has All the Mustard Gone?Chloe Faure
Why Don’t We Eat Turkey Eggs?Dan Nosowitz
The Fertilizer Shortage Will Persist in 2023Shea Swenson
Explore Modern Farmer
Related
Environment, Food & Drink
Where Has All the Mustard Gone?Chloe Faure
Animals, Environment, Technology
Alaskan Salmon Face a Stream of New MinesBecki Robins
Animals, Food & Drink, Lifestyle
The Great (Sticker Shock) ThanksgivingLindsay Campbell
States Mull Limits on Foreign Ownership of FarmlandJohnathan Hettinger
wpDiscuz
We use cookies on our website to give you the most relevant experience by remembering your preferences and repeat visits. By clicking “Accept”, you consent to the use of ALL the cookies.
Cookie settings ACCEPT
Privacy & Cookies Policy