Sowing the Seeds of Sustainability Within the Global Beauty Industry 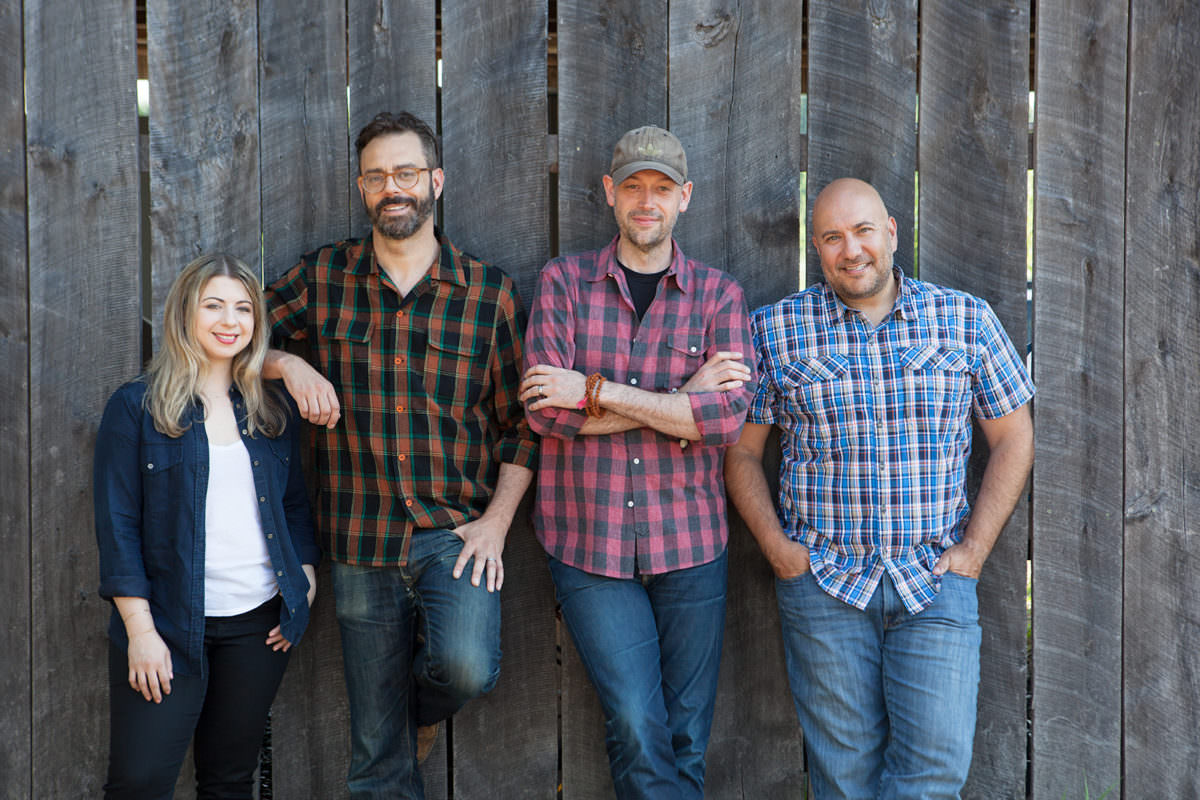 Instead, Barefoot Botanicals is welcoming some of its most frequent and enthusiastic guests: a handful of beauty execs from L’Oréal, the world’s largest cosmetics company. Instead of the Armani suiting and stiletto heels you might expect, this group sports well-worn jeans, sun-shielding caps, long-sleeved plaid shirts, and closed-toe shoes. In other words, these people look like they’ve been spending some quality time at a farm.

And that’s exactly what they’ve been doing, as the team behind Seed Phytonutrients, a personal care brand that embraces organic farming both philosophically and practically. Its leader is Shane Wolf, a beauty industry veteran with deep roots in farming. Having grown up on a farm in Kansas, Wolf now owns his own plot in Bucks County, Pennsylvania, where he and his husband take in rescue animals (horses, sheep, goats, donkeys, and chickens, as well as the standard dogs and cats) and grow organic flowers. “Farming makes me feel connected to the natural world,” he says. “And I think that’s where my passion for the environment comes from.” In launching Seed, Wolf seeks to answer a daring question: Can a non-synthetic, sustainable, and effective brand improve not only a company’s bottom line, but also the health of small-scale, organic farming? 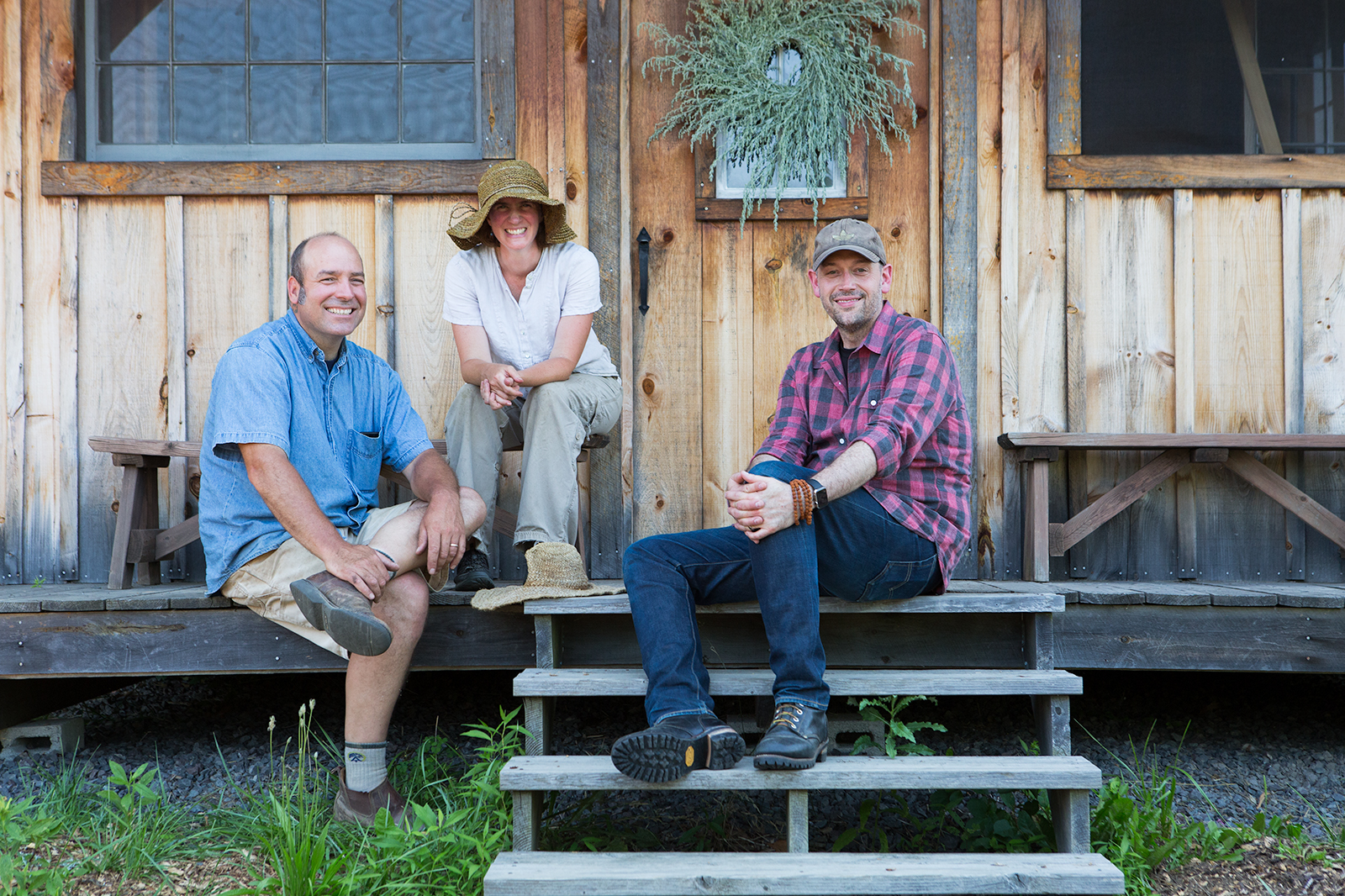 Can a non-synthetic, sustainable, and effective brand improve not only a company’s bottom line, but also the health of small-scale, organic farming?

It’s a huge challenge, but one Wolf has been contemplating for more than a decade. Early in his career, he took a job at eco-friendly beauty pioneer Aveda, where he worked closely with founder Horst Rechelbacher. “Horst changed my life, frankly,” Wolf says. “Within six weeks of joining Aveda, I was a full convert.” After his stint there, he dreamed of developing his own sustainable brand. “But then I had an opportunity to come into L’Oréal and lead global brands, and it felt right, so I put the idea on the back burner,” Wolf explains. Thirteen years later, he says, “that back burner was still simmering a bit. L’Oréal had recently begun re-igniting its culture of entrepreneurship and pursuing big sustainability goals, and I knew the time was right.”

Wolf knew that to bring Seed to life, he’d need to find others who believed in its mission. Quietly, he began to have conversations with some of his colleagues at L’Oréal. One of them, Brad Farrell, vice president of global brand marketing, recalls, “Shane came to me and said, ‘I’ve always wanted to break the rules and have an insanely natural brand.’ I knew this was a once-in-a-lifetime opportunity to work on something I believe in.”

Before presenting the concept to L’Oréal’s top brass, Wolf and Farrell developed a few guiding principles. First, whereas most beauty formulators buy raw ingredients on the open market, Seed would commission small, organic family farms to plant and harvest exclusively for the brand. Second, Seed would aggressively push the boundaries of what natural formulas could do. Third, the packaging would have as little impact on the earth as possible. And, crucially, Seed’s business practices would put farmers first by paying for harvests ahead of time, whether a crop succeeded or failed. 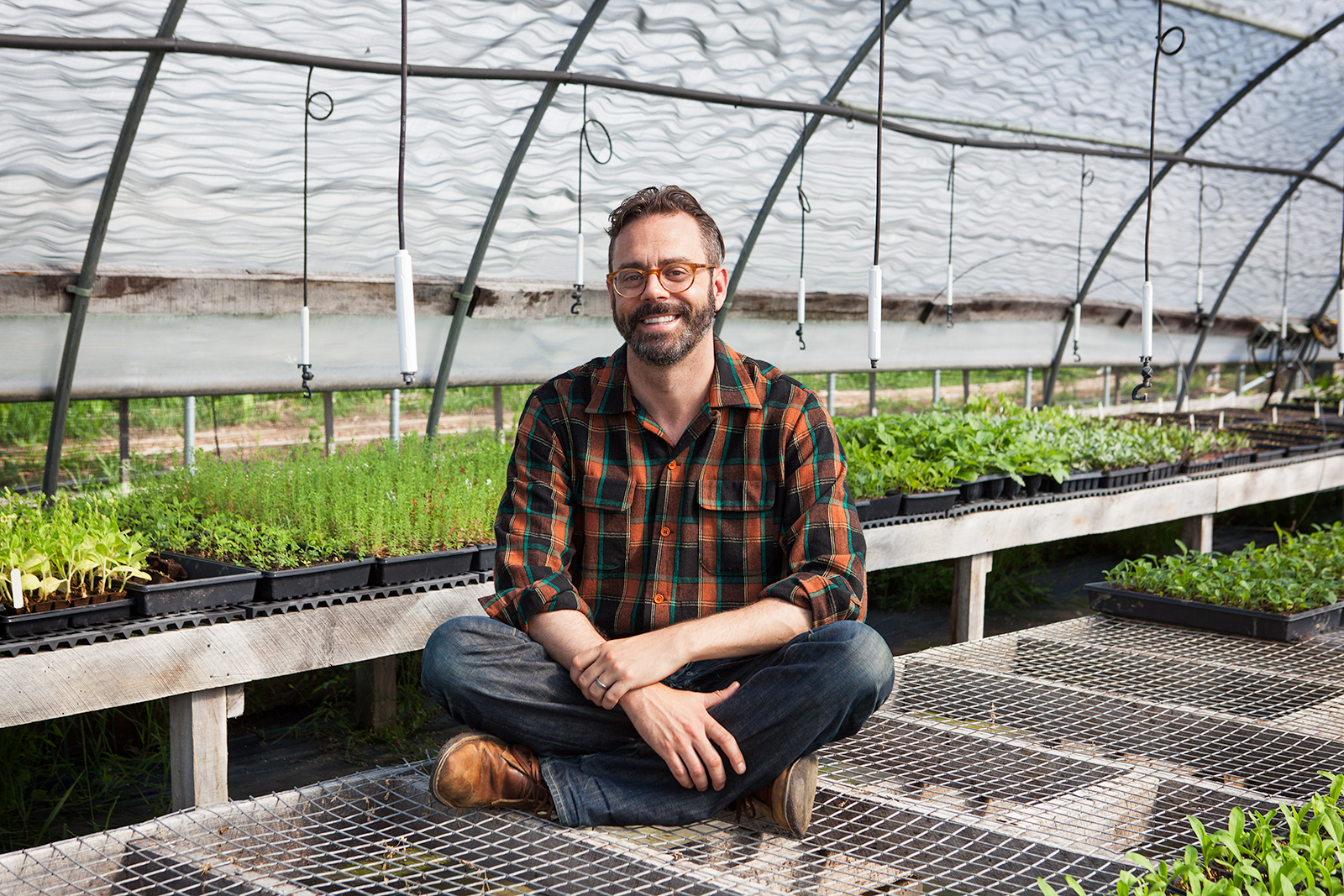 Working nights and weekends after putting in full days at their regular jobs, Wolf and Farrell, along with their L’Oréal core conspirators Scott Schienvar, vice president of operations for the professional products division of L’Oréal Americas, and Lea Koussoulis, vice president of global media and communications, prepared their pitch. One “yes” led to another, all the way up the chain to L’Oreal’s global chairman and CEO Jean-Paul Agon, who embraced the creativity, sustainability, and especially the entrepreneurship of the project. Within months, Seed got the official green light. “I think people [within L’Oréal] thought it would just be a new product,” Farrell says. “But they were surprised by the story, that this will be the most natural thing the company has ever seen – and the most eco-friendly packaging you can have in the beauty industry.”

At first glance, a farm-focused brand is a surprising move for L’Oréal, a 108-year-old French company whose prestigious roster (including LancÁ´me and Kerastase) is more associated with city chic than rural refinement. Yet, on another level, going natural makes smart business sense, and is an area L’Oréal had been working toward. Thanks to earth-conscious shoppers, the market for organic personal care products is expected to surpass $20 billion by 2024. 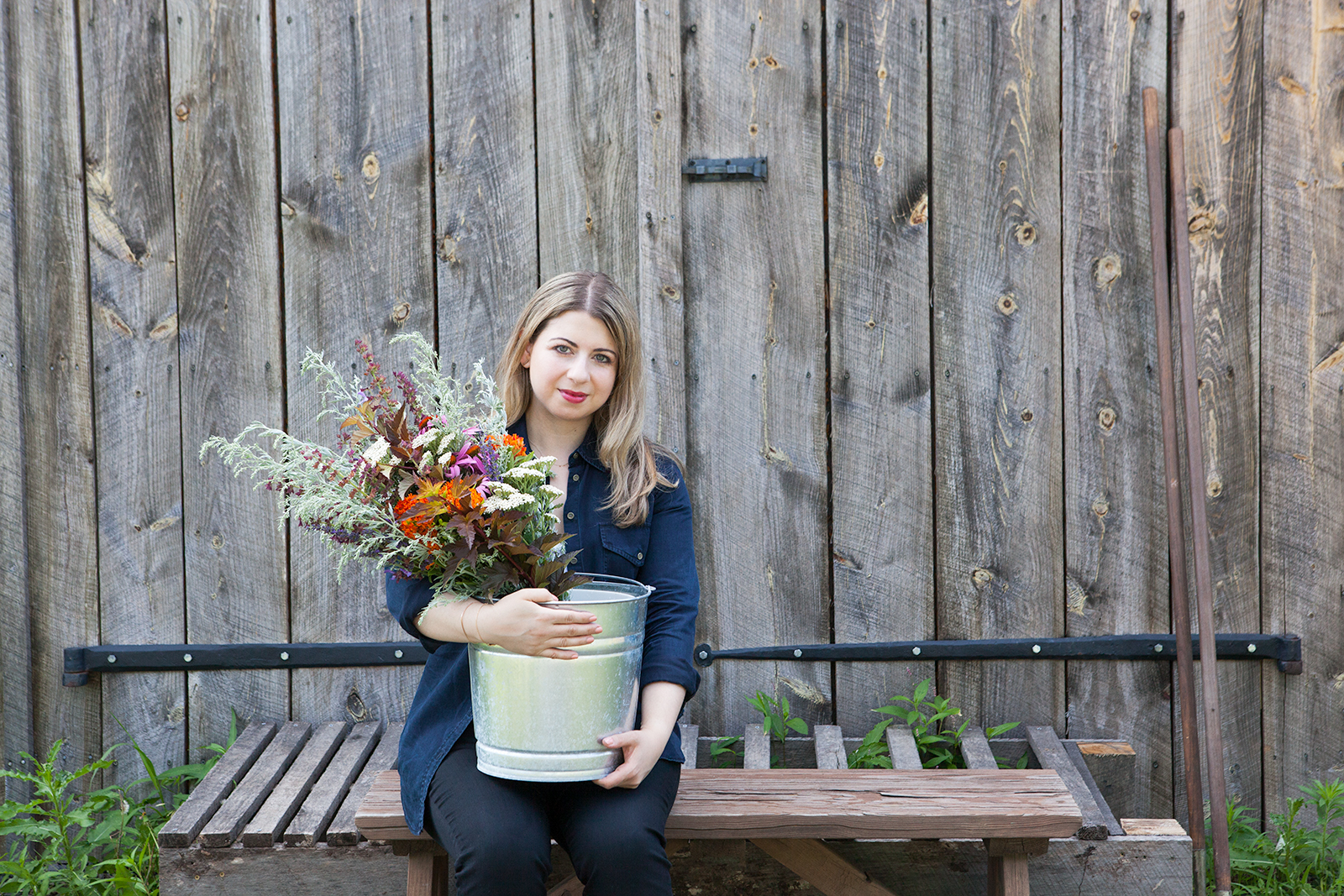 In an unprecedented move, Seed operates as an independent venture funded by L’Oréal. “It’s essentially a startup within a big company,” says Farrell. Seed’s office is in Doylestown, Pennsylvania, where employees (“farmhands,” in Seed speak) can pop down to Barefoot Botanicals to check in on a test plot of sunflowers being grown for the company. Although the Seed team has access to the L’Oréal stable of experts in everything from product development to packaging, it works with an independent cosmetic chemist to develop its own formulas and has free rein on everything from distribution to marketing. “We can break the rules,” says Koussoulis. “We don’t have to do things the way we’ve always done them.”

And this different approach, while unusual for a corporation with 89,000 employees worldwide, is already paying off. “The opportunity to operate like entrepreneurs and be truly consumer-centric has allowed us to go farther – and to think differently in the broader organization,” says Schienvar. 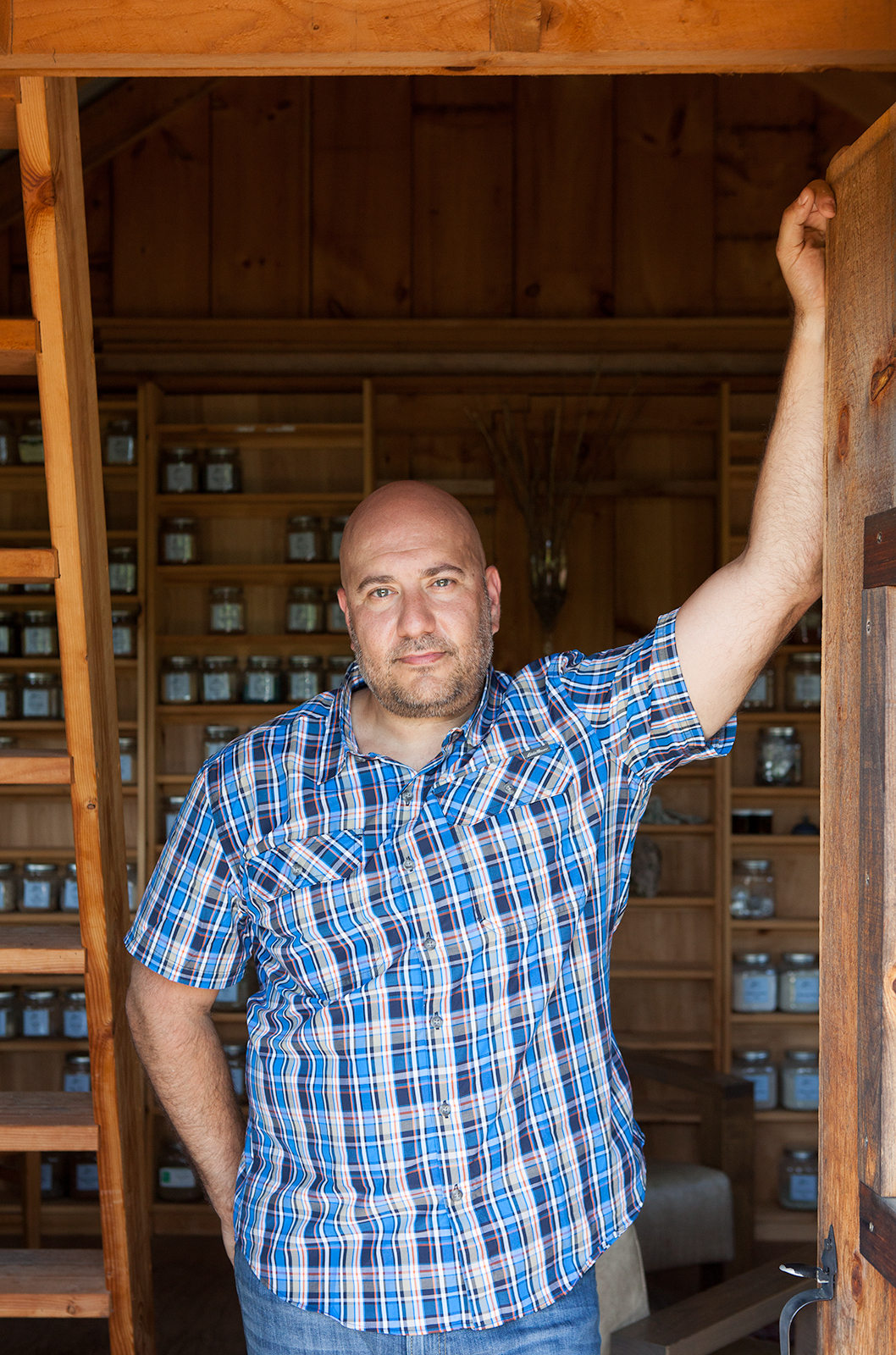 With the launch just a few months away, the Seed squad is busy with everything from social media strategies to meetings with retailers. But among this tight-knit crew, there’s a palpable sense of optimism and possibility – as well as a sense of responsibility, not just to the company that funds Seed, but to the consumers who will eventually pick up a body wash or hand cream. Ultimately, though, Wolf aims to improve the livelihood of the farmers and small business owners connected to Seed. “The team knows I’m super passionate about that aspect,” he says with an irrepressible grin. “And we’re not doing nearly as much as we’re going to do. We’re going to do a hell of a lot more.”