How Would Trump’s Food Stamp Cuts Hurt Americans? Let Us Count the Ways

10 groups that will feel the squeeze, either in their wallets, stomachs, or both. 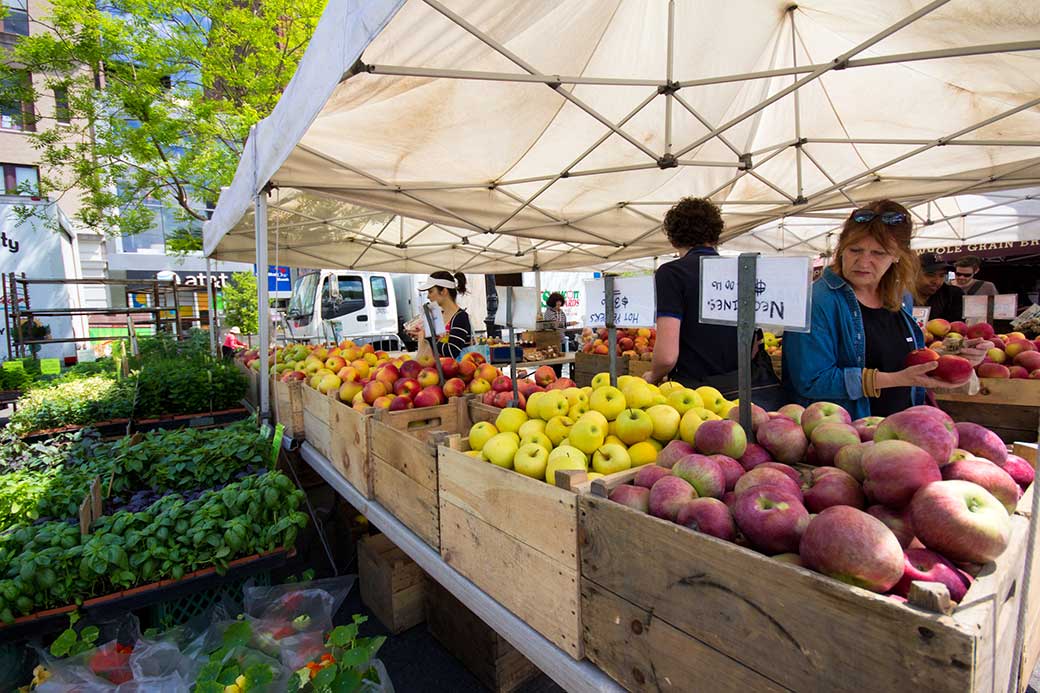 The 42 million Americans – 13 percent of the population – who currently receive SNAP benefits, which include low income families, the elderly, people with disabilities, and those who have lost a job are the most obvious. They receive an average of about $4.17 per day, or $1.39 per meal.

But public welfare is only part of the picture. SNAP plays a role in the broader economy, providing an expanded customer base to grocers and farmers, for example. It’s also a safety net that keeps people off the streets, out of hospitals, and away from illicit activity. When money for food is a constant concern for millions of people, taxpayers ultimately foot the bill for the associated increase in healthcare costs, homeless shelters, and incarceration. Here’s who’s going to feel the hurt.

Nearly half of SNAP recipients are children. That’s 20 million kids – about 1 in 4 Americans under the age of 18 – and 20 million reasons to not cut SNAP funding. Another blow: the budget proposal calls for capping food aid at six people per household. In other words, if you’re a two-parent household with five kids, you only get enough aid for four of them. If responsible family planning is the goal, there are better ways to achieve it than leaving a kid hungry.

According to a Pew study, about 15 percent of white Americans have received food stamps at some point in their life, versus 31 percent for African-Americans and 22 percent for Hispanics. And according to USDA data, nearly 26 percent of SNAP recipients are African-American, even though African-Americans comprise just 12 percent of the overall population. Some point to this as symptomatic of a cultural disposition toward relying on welfare. A less racist, more factual interpretation is that minorities are economically disadvantaged and thus have greater need for food aid.

Only 33% of SNAP-eligible seniors make use of it, versus 83% for the general population.

About 11 percent of SNAP recipients are seniors, or about 4.8 million people. But that represents only a portion of the 10.2 million seniors who struggle to afford adequate nutrition. Only 33 percent of seniors who are eligible for SNAP make use of it, versus 83 percent for the general population, likely due to a combination of social stigma, mobility issues, and difficulty accessing technology.

According to the USDA, nearly 60 percent of disabled adults are unemployed and one-third of those experience food insecurity, more than twice the national rate. Naturally, those with disabilities have higher medical and health-related expenses, and are likely to be more impacted by poor nutrition than able-bodied people. Currently, about half of low income households that include a disabled person receive SNAP benefits, which accounts for 1 in 5 of all SNAP households.

Only about 10% of SNAP recipients fall into the ABAWD category.

Conservatives seeking to cut SNAP benefits have often made the argument that people receiving SNAP benefits and other forms of welfare – especially able-bodied adults who don’t have kids or an elderly or disabled family member that lives with them (often referred to as able-bodied adults without dependents, or ABAWDs) – are less motivated to find work and support themselves than if they didn’t receive government support. The ample body of research on the matter does not bear out the assumption that SNAP is a disincentive to work, however. For example, in SNAP households that include someone who is able to work, three out of four of those individuals had a job within a year before or after receiving food aid.

It’s also worth noting that only about 10 percent of SNAP recipients fall into the ABAWD category. Plus, unemployed ABAWDs are eligible for SNAP benefits for only three months in a given three-year period – so they have plenty of incentive to find work. That rule was temporarily suspended following the economic downturn in 2008, and states are still allowed to provide benefits beyond the three-month mark at their discretion, flexibility that Trump’s budget proposes to do away with as a cost-saving measure.

Among SNAP recipients that can work, most do. An average of around 60 percent of SNAP households with an able-bodied adult are working in the months they receive food aid. That number has actually been rising for decades – it tripled between 2001 and 2011, for example. A 2005 study found that 96 percent of new SNAP recipients who were employed when they started receiving benefits were still employed a year later.

In fact, the program is designed specifically to support the needs of the working poor. Out of recognition that the federal minimum wage is insufficient to cover even the most bare bones living expenses, the income threshold to be eligible for SNAP is 130 percent of the federal poverty line, which comes to $2,633 per month for a family of four.

Local lawmakers, while not an impoverished group in need of SNAP benefits, will feel a different sort of fiscal strain under the President’s proposal. Much of the cost-savings are achieved by requiring states to shoulder more of the financial burden for SNAP. Currently, the federal government provides 100 percent of funding for SNAP; states will surely balk at the idea of ponying up the extra cash. This caveat has allowed the administration to claim that it’s only a 10 percent cut to the program, not 30 percent, but it’s unclear how the feds would force the states to cooperate, leaving some experts to see it as a bogus claim.

“This cataclysmic change to the structure of the program would lead states to cut benefits and eligibility in good times, and would eviscerate SNAP’s ability to respond to economic downturns,” said James Weil, the president of the Food Research and Action Center, in a statement released shortly after the budget cuts were announced. Of course, any costs incurred by the states gets passed down to citizens in the form of tax hikes or cuts to other services.

As we’ve reported before, SNAP, in addition to lifting the most vulnerable out of poverty, is also a giant stimulus package for the food system: in 2016, some 260,000 food retailers made about $66 billion in sales through SNAP spending. It’s estimated that for every dollar spent on food stamps, about $1.75 is generated for the economy, much of which goes to farmers and food producers. SNAP benefits spent at farmers markets have exploded in recent years, increasing six-fold between 2008 and 2015 – partially as a result of a nationwide movement to double the value of SNAP benefits spent at farmer’s markets in hopes of encouraging healthier food choices – thus creating a significant new revenue stream for small farmers. More recently, farmers won the right to accept SNAP benefits for CSA shares.

However, Trump’s proposed cuts would be funded in part by making retailers pay a fee to the government to be able to accept SNAP payments, which would presumably include farm and farmers markets (it’s currently free to accept SNAP payments). It’s estimated that the fee would range from $250 to $20,000, depending on the size of the retailer. Large supermarkets are unlikely to be dissuaded from participating in SNAP by the fee, but the smallest retailers might have to jump ship. Given that tiny corner stores are the only option to purchase groceries in many so-called “food deserts,” this could have disastrous consequences for SNAP recipients.

It is a tragic irony that those who toil to produce our nation’s food supply – primarily Hispanic immigrants – struggle to afford groceries. The notoriously paltry wages of the agriculture industry put many farmworkers well below the income threshold for SNAP eligibility, and even some undocumented workers find ways to make use of federal food aid (much to the chagrin of SNAP’s GOP critics). About 19 percent of farmworkers use SNAP benefits, far fewer than are eligible, likely because of language and other barriers that immigrants face in accessing government services.

Undocumented workers face the added concern of being deported if their work status is discovered through the use of government services. In March, the Washington Post reported that many immigrants, both documented and undocumented, who had previously made use of food stamps were opting not to out of fear that any interaction with the government under Trump administration could somehow result in a deportation order.

Another irony: many of the working-class voters who form Trump’s base of support have an income level that puts them one paycheck away from being SNAP beneficiaries. And it’s likely that large numbers of Trump supporters are already SNAP recipients. The program is more widely used in states that tend to vote for Republicans than Democrats, and is particularly prevalent among impoverished white voters in the Rust Belt, who were identified as a key constituency that pushed Trump to the White House. In West Virginia, a state whose coal miners have been some of Trump’s most vocal supporters, 20 percent of the population relies on food stamps.

Whites without a college degree, another demographic that voted overwhelmingly for Trump, is far and away the largest demographic group that SNAP reliably lifts out of poverty – including 6.2 million people in 2014 alone, according to the Center on Budget and Policy Priorities. Interestingly, Sonny Perdue, the Secretary of Agriculture and former governor of Georgia, said just a week before the budget cuts were made public that “as far as I’m concerned we have no proposed changes [to SNAP]. “You don’t try to fix things that aren’t broken.” But he quickly fell in line with his boss’ mandate after the cuts were announced: “Some may see this as a glass half full. I see this as an opportunity to demonstrate to the American people that we can do more with less.” Tell that to a hungry family deciding how to spend their $4.17 each day.