These easy-to-grow and profitable crops are great for small farms. 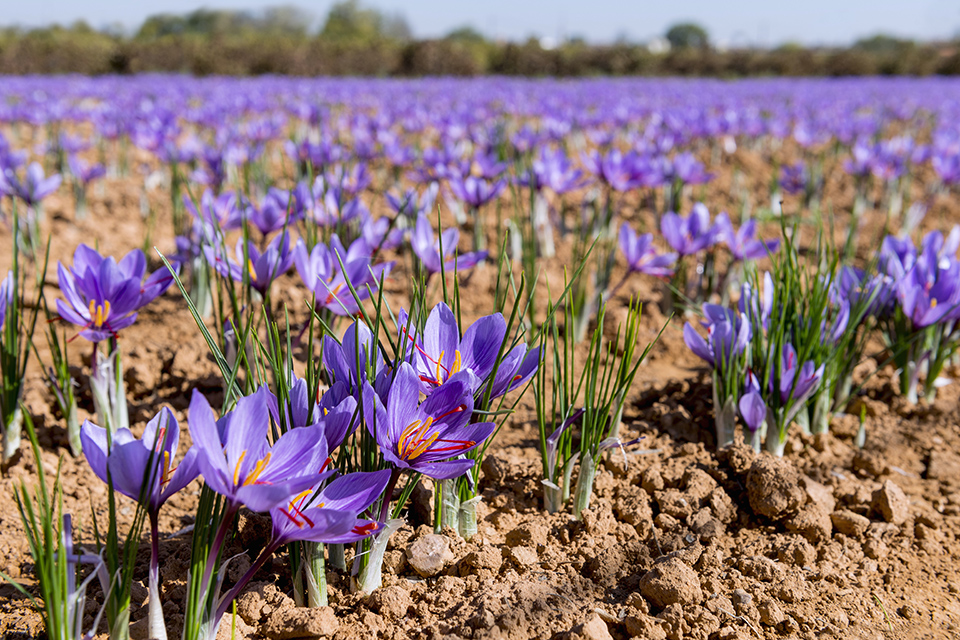 The North American Center for Saffron Research and Development, a new program at the University of Vermont, hopes to make New England the new hotspot for this ancient Mediterranean herb. Selling for $5,000 to $10,000 per pound, saffron is the most expensive culinary herb in the world, mainly because it is composed of the tiny, thread-like stigmas of the crocus flower. Roughly 50,000 flowers are needed to produce a pound of the dried herb, though this requires just a quarter acre of land, hinting at just how lucrative this crop can be.

Saffron (pictured above) crocuses grow best in dry regions with mild winters, such as coastal California. To help expand their viability, the University of Vermont recommends planting them in high tunnels, a simple protective structure made of plastic sheeting over a frame of PVC pipes, which allows saffron to be grown in much of the country. Crocuses are bulbs and cannot easily be reproduced from seed, so growers plant corms, the fleshy tuberous roots. A list of corm sources for crocus varieties that are suitable for commercial spice production is available here.

Wild ginseng root, a medicinal herb which is found in forests throughout much of the northern and eastern United States, is harvested on a commercial scale and sold for astonishing prices, largely to Asian buyers. It is also planted in open fields, though ginseng cultivated this way commands a fraction of the price, as it is not considered as medicinally potent. Wild ginseng is becoming increasingly rare, however, to the point that many states have severely restricted its harvest. “Wild-simulated” ginseng, which is planted as an understory on tree plantations and in naturally-occurring forests, has emerged as a popular, and profitable, alternative to true wild ginseng: it sells for $300 to $700 per pound.

Most native hardwood trees are suitable as a canopy for growing ginseng. The forest needs to be mature enough to cast full shade; moist, well-drained soil is ideal. It is typically planted in the fall from seed, which costs up to $200 per pound. Rake back the leaves and plant them directly in the native soil – no fertilizer necessary. The crop is so valuable that a growing guide from Purdue University recommends protecting your investment by “installing security cameras, keeping guard dogs, and embedding microchips” in the roots. The ginseng market varies from year to year, but when the price is high it’s possible to net up to $50,000 per acre. There is one drawback: it takes from five to 10 years for the roots to reach a marketable size. 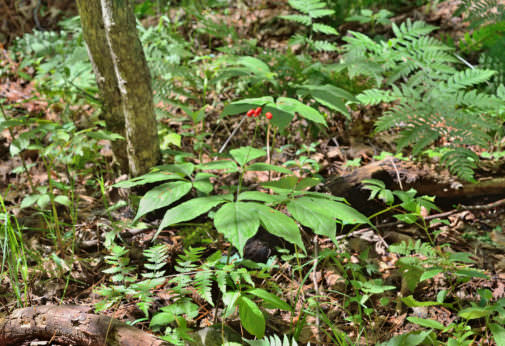 This common garden plant has various commercial uses, including essential oil and value-added products like soaps and lotions. Profitableplantsdigest.com reports that one eight-acre lavender farm in the Northwest grosses more than $1 million per year from it’s various lavender products. But the simplest way to sell lavender, which requires minimal investment in time and equipment to produce, is as dried flower bouquets. A one-acre planting can produce about 12,000 bouquets per year, which are worth $10 each or more on the retail market.

Lavender grows in a wide variety of climates, but requires well-drained soil. Irrigation and fertilizer are generally not needed. The disease-resistant, fast-growing plants are easily propagated in a greenhouse by cuttings and will grow big enough to produce a sizable spray of flowers in their second year; lavender will continue to flower for 10 years or more after planting. Simply tie bunches of the flower stems together with twine and hang in a barn, shed, or other well-ventilated structure to dry for at least one week before bringing them to market. 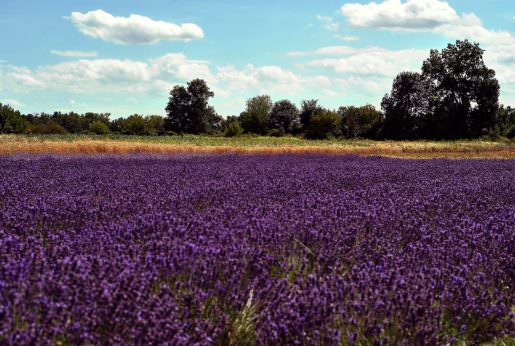 This “superfood” is grown primarily in China, but the plant is equally well-adapted in North America. Dried organic goji berries regularly sell for $20 or more per pound, with the fresh fruit fetching a significantly higher price at farmer’s markets. With yields up to 7,000 pounds per acre in fresh berries, this is potentially a lucrative cash crop for American farmers.

Goji berries, a close relative of tomatoes, grow on head-high shrubs. They are disease-resistant and adapted to a wide range of soil and climatic conditions. In fact, the plants are so robust that they’re considered an invasive species in some regions of the country. For optimal fruit production, grow one of the named cultivars, like ‘Crimson Star‘ and ‘Phoenix Tears‘ (named varieties are not typically invasive). Light harvests can begin in the second year after planting, though it takes four to five years of growth before full production is reached. Planting goji shrubs “bare root” (when they are dormant) in late winter gets them off to fast start. 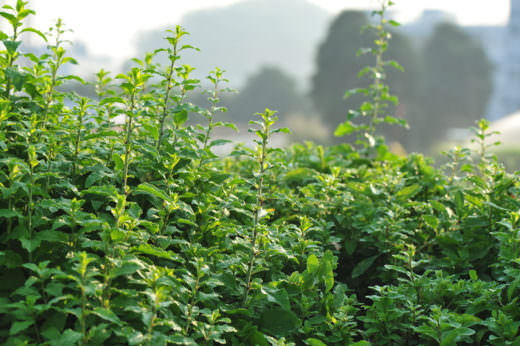 The most lucrative crops are not always edible. Bamboo, which is used for everything from flooring to fishing poles (and occasionally in Asian cuisine), is one shining example. Each of the many uses of bamboo comes with its own set of constraints; some applications require special processing, while others are only feasible in particular regions. However, it’s quite straightforward to grow bamboo for sale as nursery plants. Simply plant a grove, let it spread, and then pot up small clumps to sell to local nurseries or direct to consumers. A large clump of bamboo in 25-gallon tub can sell for $200 to $300 dollars. Thousands of tubs can be harvested annually from a single acre of mature bamboo.

The first step is to identify which species of bamboo grow best, and are most in demand by consumers, in your area. This is easily accomplished by asking for advice at local nurseries. Bamboo is not grown by seed, but by transplanting small clumps of roots from an existing patch. Since many landowners consider it a pest, consider advertising locally to find people who will let you come remove their bamboo for free – a win for both parties. Since bamboo can spread aggressively, avoid planting it close to other crops or adjacent to natural areas (since it doesn’t spread by seed, you don’t have to worry about it escaping into the wild). Bamboo thrives on heavy irrigation and nitrogen fertilizer – any animal manure will do. Still, you’ll have to be patient. Depending on the variety, it may take anywhere from three to ten years to establish a patch large enough to start digging out clumps for sale. 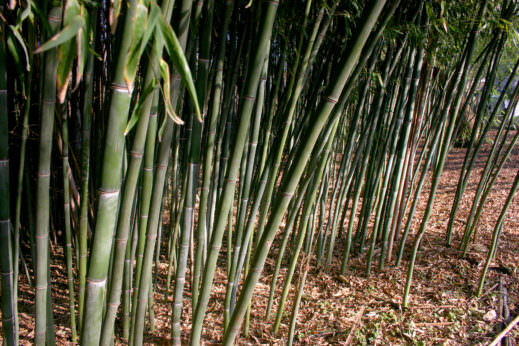 Good morning,   I am from the Republic of Moldova and I was interested in your production of a shofran, I have a few questions: how many bulbs are necessary for planting per hectare? What is the price of the shofran bulbs, the conditions and the landing time of the shofran, that is, the technology for growing shofran, which varieties are suitable. How to make an order and how to prepare the soil for planting. Is the cleaning done by hand or automated, that is, by a tractor and assembly by a combine or by hand? Waiting for your reply.… Read more »

Hello, I am a Emily, from New York. I am interested in opening a Saffron farm
in North America. I’m completely new to this and I would love some input from any Saffron farmers.

All it takes is land and labor. I’ve been growing produce for market sales 7 years now. Anywhere from $200-$800 every Saturday. You have to have customers to sell to and that’s the limiting factor. With time you’ll figure out what sells best and you can adjust future crops accordingly. Depending on the population in your area and foot traffic at your local market. You can make a decent amount of money.

Hello,
I am a student at Asu. I am interested in opening a farm
Up after I graduate in north Phoenix. I’m completely new to this and I would love some input from any southwest farmers or somebody who started from the ground up.

Good article, very interesting and informative. I live in North Phoenix, Arizona and my property is on 5 acres already zoned/considered farm property. We can probably utilize about 3 acres or more for farming. Do you feel Saffron and/or Lavender would be a good fit and profitable given Arizona’s climate and conditions. Would there be a market for it here?

Thanks for your article on Permaculture. I found this site researching info for my book about the push-pull of two 65 year old city-dwelling women, trying to respect the land while building a house on 12 acres in the country. The house is built, now trying out permaculture concepts.

What is the most profitable garlic to raise & sell

you can eat bamboo.

Have roughly 27 acres of land, with water through a ditch company. The land has been used for growing hay the last 100 yrs,and no chemicals or fertilizers of any kinds. Thinking about doing 10 acres in lavender.Anything you could say to help me would be incredibly appreciated. I am located in Stevensville, Mt. The Bitteroot Valley.