Finding Faith on the Farm

A student in Princeton Theological Seminary's Agricultural program digs in the soil and tends to his soul. 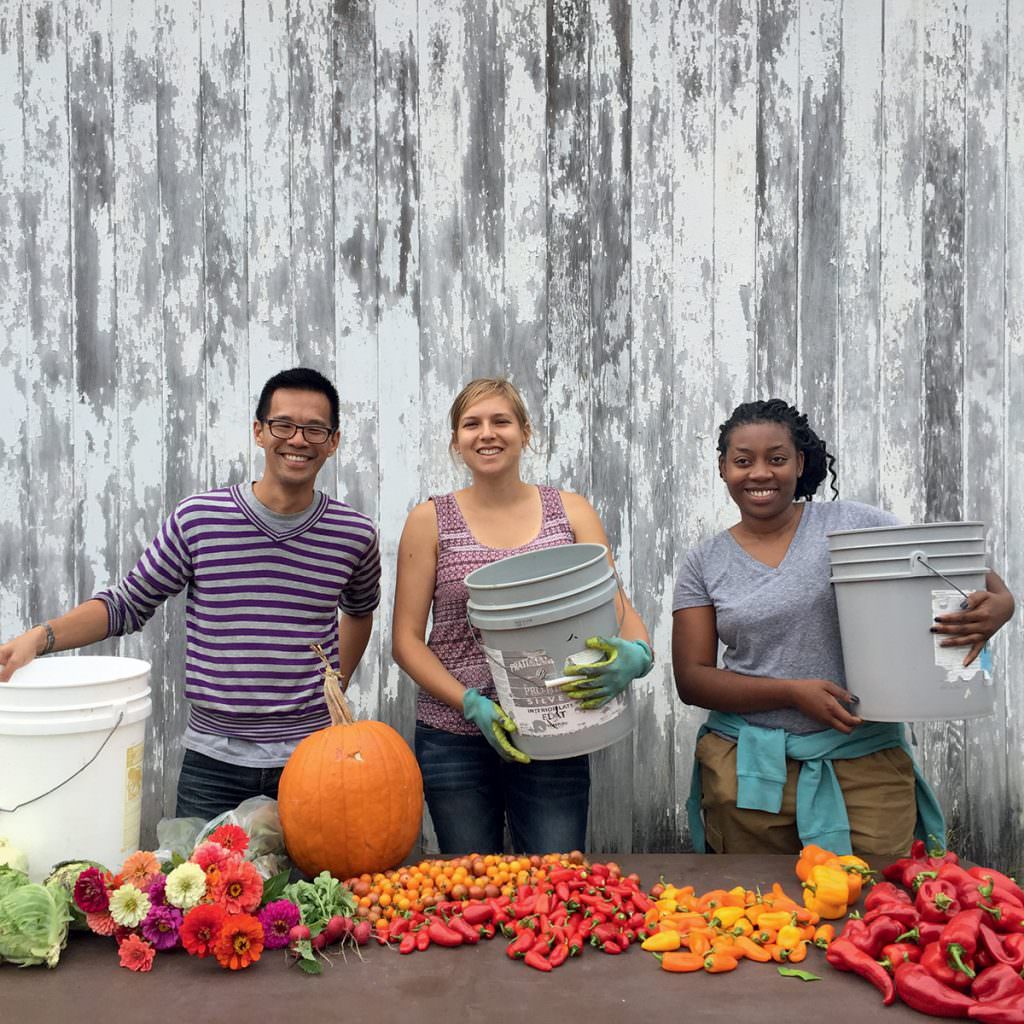 Here’s my agricultural résumé: When I was a kid, I’d take the leftover roots of green onions, plant them in the backyard, and use the harvest in fried rice. I helped my mom pluck mangoes from our five trees, then tagged along to the Chinese grocery, where she bartered the fruit for bok choy and tofu. More recently, I’ve killed the following in terra-cotta pots: rosemary, basil, lemon verbena, sage, and three types of mint (diehard mint!). Only the chives and thyme survive.

Once, my people were subsistence farmers. Like much of the Chinese diaspora, I grew up knowing the name of my ancestral village in Guangdong Province: Chek Lai (roughly “brown dirt”) in the county of Fa Yuen (“flower area”). A century ago, Baptist missionaries from America arrived and converted a young man named Wing Hong Chu. After the Communists won control of China, Wing Hong escaped and immigrated to the United States. He became a pastor and, eventually, my grandfather.

I’ve never been to Chek Lai. I’ve lost my agrarian heritage. What remains are roots searching for purchase in a foreign land – a thing I didn’t understand until September of last year, when I enrolled in graduate school at Princeton Theological Seminary and registered for Ecologies of Faith Formation, a class at the Farminary. 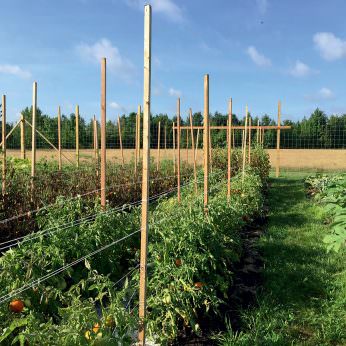 Theology can seem a field of syntactical arcana, as if heaven – or, at the very least, the religious elite – must be accessed through a combination of fancy jargon, secret passwords, and knowing nods. Sure, farm + seminary = Farminary. But what did Ecologies of Faith Formation mean, exactly?

The answers began to emerge during our first gathering, over dinner at the home of Kenda Creasy Dean, one of the course’s instructors. The other, Farminary director Nate Stucky, asked each student “to describe the soils you come from.” We were black, brown, yellow, white; conservative and liberal; poor and rich; various gradations of Protestant; reared on four continents. Yet our responses proved generic, reflecting, perhaps, a shared hesitancy to reveal our true selves to 20 strangers. Then Pearl Quick spoke up. A gregarious black woman, Quick spent her formative years on a North Carolina venison ranch when not accompanying her Army-officer dad on globe-trotting assignments. “I am,” she declared, “a child of many soils.”

Dean and Stucky hail from churchy, Midwestern terroir – Ohio and Methodist in her case; Kansas and Mennonite in his. Dean, an extrovert with a loud laugh, poses the same persistent question, no matter how grim the situation: “Where is God in this?” Stucky is an introvert whose manner ping-pongs between deadpan and earnest. Sometimes, he falls silent as tears fill his saucer eyes.

They said we needn’t buy books; our personal stories would serve as primary texts. We’d use models developed by social scientists and theologians to study our own identity development and spiritual growth (or shrinkage). We’d explore the metaphors of food and farming, and dig deep among the Farminary’s 21 acres. Ergo, Ecologies of Faith Formation.

The professors laid out their basic demands, both logistical (12 weeks of work packed into six, to maximize productivity ahead of the first frost) and emotional. “We expect love to grow here,” Dean said. “We love you, and we’re going to be honest with you.”

In all my years of overeducation, no professor had ever told a class it was loved. Still, I wasn’t sure how much of myself I wanted to examine, let alone expose. I say I want to be known. I also fear it. Revelation carries the risk of rejection. 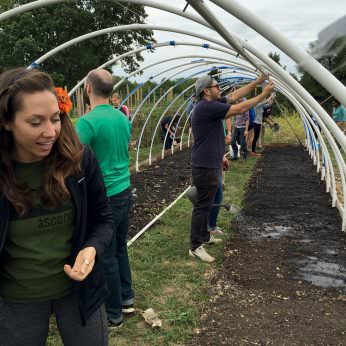 Stucky, a former farm kid, founded the Farminary in 2015. The syllabi for his first courses combined the Bible’s rich buffet – God’s provision of manna to the Israelites, Jesus’ miraculous feeding of 5,000 – with writings of Mary Oliver and Wendell Berry, that sage and patron saint of hipster Christians with back-to-the- land aspirations.

Our class read Berry, too. But the bulk of the work was, as promised, autobiographical. I testified about my fraught coming-out experience and how I felt shunned by various communities: conservative, Baptist, Chinese. Fighting back tears, I uncharacteristically admitted that I worried my fellow students might also shun me. As I spoke, I wondered, What is happening here? In retrospect, I think I understand: The assigned reading, writing, and reflection had forced me to deconstruct the self-mythologizing narratives I’d knit into a snug security blanket.

The physical labor of farming provided respite from all that talking and feeling – and offered new lenses through which to process it. “This is wounded land,” Stucky said one afternoon as we strolled through the fields, depleted after years of Christmas-tree farming and sod. We weeded and watered the tidy rows of vegetables, harvesting okra and eggplants, cabbages and tomatoes, for the Farminary’s weekly CSA distribution. We bolstered existing fencing to protect our crops from a determined groundhog, and erected a hoop house for winter produce.

Our efforts were often haphazard. How do you distinguish lunchbox peppers from jalapeños? (Seek out the latter’s telltale stretch marks.) How do you know when tomatillos are ripe for picking? (Heed their split husks.) Enthusiasm helped compensate for a lack of expertise, but we harbored few illusions. Doing scant time on a farm does not render one a farmer. We were like migratory birds who, en route to elsewhere, stop briefly to rest and feed in the farm’s pond. We picked what others had planted. We sowed what others would reap. 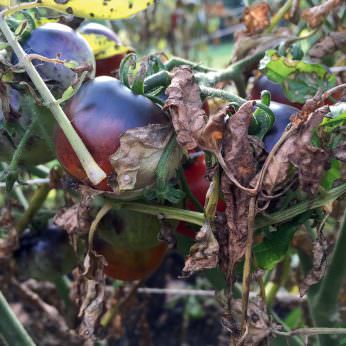 This might all seem like a whole lot of navel-gazing if it weren’t for Dean and Stucky’s insistence that we consider the external realities framing our conversations. We traveled to a North Carolina farm where slaves’ and sharecroppers’ descendants were reexamining their complicated relationships with agriculture. We Skyped with Yale theologian Willie Jennings, who urged us to contemplate how colonialism has severed so many peoples’ ties to the land.

I’ll never regain what my family lost in being separated from our native soil. But I’m cultivating a new, hybrid life with my Texas-born husband. It’s Chinese and American, Protestant and Catholic, fried rice and queso. Our union would have been unimaginable to my ancestors. But growing conditions change.

“Look for signs of resurrection,” Stucky said one afternoon while we turned compost. Worms and grubs tunneled amid moldering vegetables, eggshells, and coffee grounds, transforming the trash into regenerative treasure. You can see compost and manure as waste and poop, or you can see them, as my fellow student Wes Willison put it, as “piles of pure potential.” 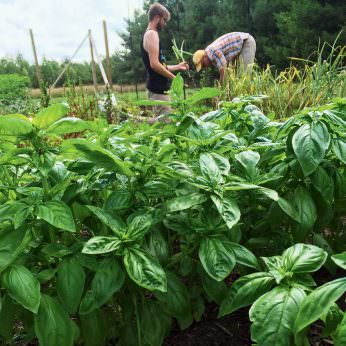 Of course, “potential” means different things to different people. It’s been suggested that Princeton require all students to experience the Farminary. Outside institutions have shown interest in replicating the interdisciplinary model. But is this a scalable initiative? Should it be? Another classmate, Annalise Hume, pithily summarized Ecologies of Faith Formation as “Tell me about your family while we’re digging in shit together.” Not everyone wants to dig in shit. Not everyone wants to talk about his or her family. Not everyone will find, or contribute, value when forced to do so. How do you standardize such a singular experience for mass consumption, as if it were a sow or a cow?

I can’t supply a solution. Maybe it will come in a future harvest. But I can tell you that the Farminary has taught me to be more attentive to what’s growing – and what’s worth growing: careful examination of where I’ve been and where I want to go; a connection to something larger than myself; the necessity of hope. Regardless of whether or not God is real to you, we all lean on some form of faith. In farming, as in life, there are no guarantees. None of us is able to accurately predict the weather or which crops will thrive or fail. Yet we still hope. We still plant seeds.

Popular
New Grafting Technique Could Save the Cavendish BananaDan Nosowitz
7 Smokable Plants You Can Grow That Aren’t MarijuanaBrian Barth
How to (Actually) Get Rid of Fruit FliesEmily Baron Cadloff
SNAP Benefits Can Be Used to Buy Seeds. Why Isn’t That Well...Emily Baron Cadloff
The Modern Farmer Guide to Ice FishingBrian Barth
Explore Modern Farmer