Take Three Zucchinis and Call Me in the Morning: The Power of Produce Prescriptions - Modern Farmer
Food & Drink

Take Three Zucchinis and Call Me in the Morning: The Power of Produce Prescriptions 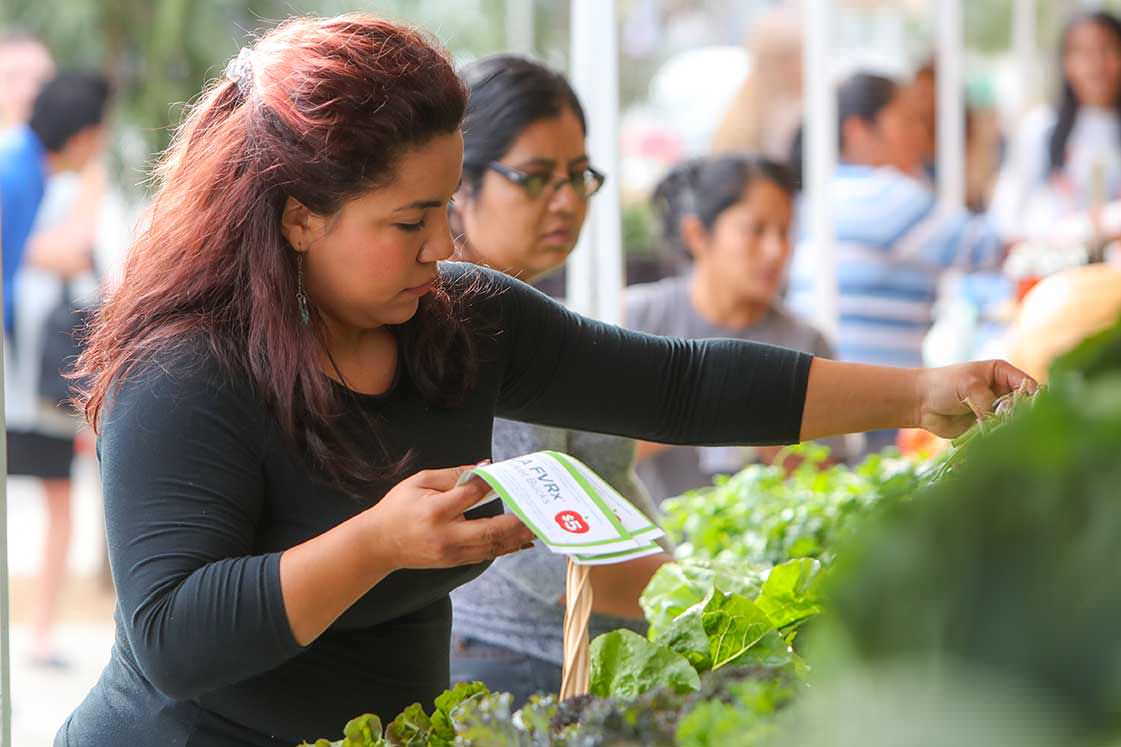 Less known is that for the last six years, Wholesome Wave has worked quietly on an equally ambitious initiative: getting healthcare providers to write prescriptions for produce, rather than just pills. It’s called FVRx (Fruit and Vegetable Rx) and its ready to storm the nation – starting with downtown LA.

Target, the national retail chain, has sponsored the biggest FVRx program to date, in which more than 500 families who receive healthcare services at the Eisner Pediatric and Family Medical Center in Los Angeles are now receiving produce prescriptions from their doctor, along with vouchers to purchase fresh produce at Target stores and nearby farmers markets.

All of the participating families are living at or below the poverty line, and a quarter of the children are over the 85th Body Mass Index percentile, which classifies them as overweight or obese. The vast majority of families who are enrolled are already receiving SNAP benefits, which provide about $4 per person per day for food. For a family of four, the FVRx program adds another $4 per day, which must be spent exclusively on fresh produce. 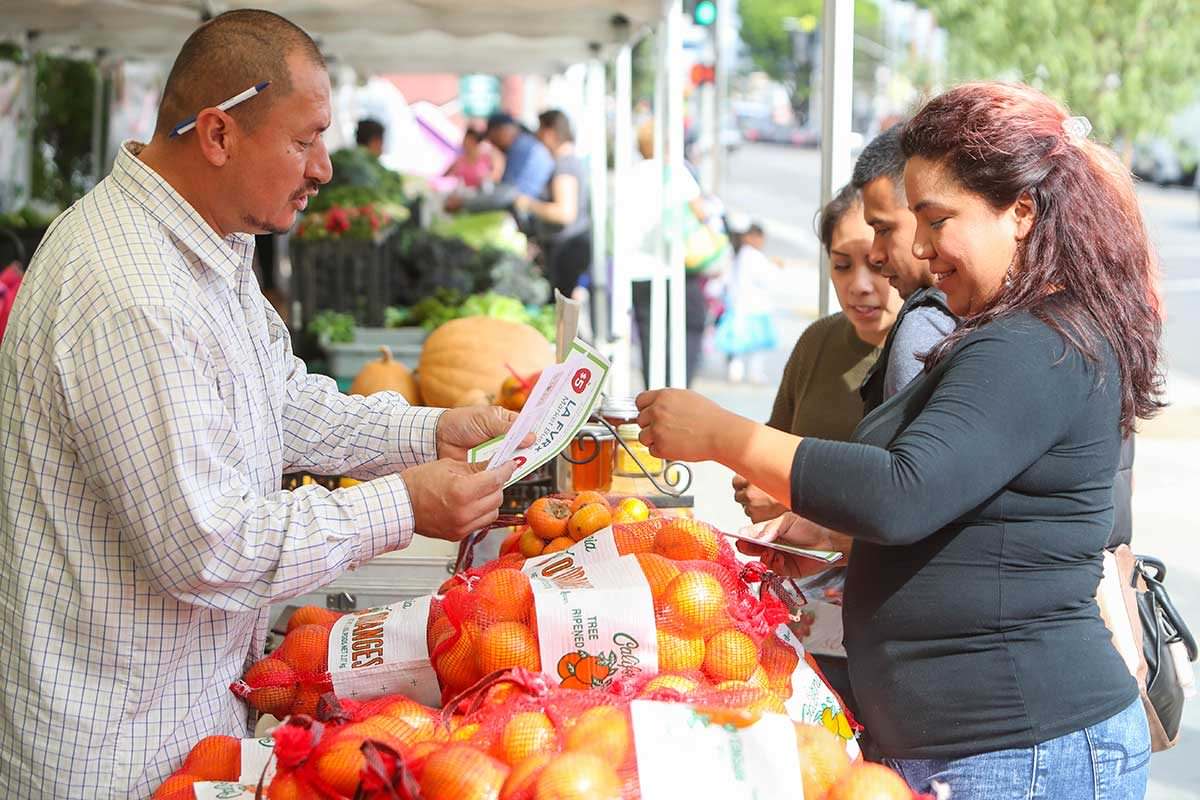 Shopping at the Central Avenue Farmer’s Market in Los Angeles.

Most folks do what their doctor tells them to, especially if the instructions are given as a prescription. That’s exactly the magical power of the FVRx program. It’s not nutritional advice, it’s a command.

Folks with limited financial resources tend to spend their food budget on the cheapest possible calories. But unfortunately, the cheapest calories often come from highly processed foods that are low in nutrients and are high in sugar, unhealthy fats, preservatives, and other substances the human body isn’t designed for. A bowl of Fruit Loops will fill you up in the morning for a fraction of the cost of all-natural yogurt, blueberries and whole-wheat bread. Which is why the United States spends about $500 billion per year treating diet-related illness and disease.

Diabetes, one of the biggest, costliest diet-related health problems, is directly related to childhood obesity, for example. FVRx gives doctors, who are by nature more focused on treating medical conditions than on preventing them, a new tool to fight it. Rather than watch helplessly as a child grows up overweight, and then one day is forced to begin insulin therapy as a diabetic, the hope is to get kids hooked on healthy food long before the first signs of illness appear. 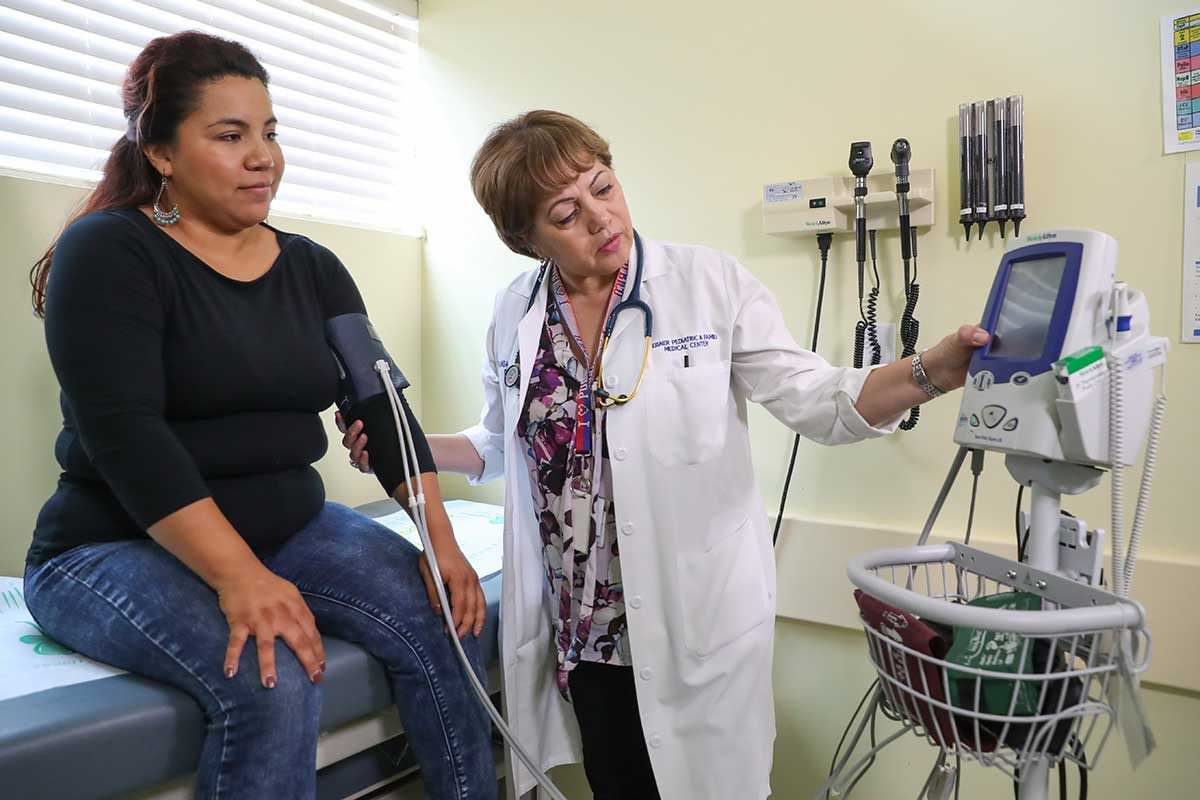 The idiom, Eat your vegetables! has been so beaten into American culture as to be meaningless. But most folks do what their doctor tells them to, especially if the instructions are given as a prescription. Julia Pon, vice president of programs at Wholesome Wave, says that’s exactly the magical power of the FVRx program. It’s not nutritional advice, it’s a command.

“Healthcare professionals tell us they are always recommending changes in diet, and yet it’s so exasperating to counsel people with pre-diabetic children about eating more fruits and vegetables and then they see them again six months later and nothing has changed,” says Pon. “But the doctors in this program tell us how powerful it is to literally be able to write a prescription. One of the doctors in LA said to me, ‘instead of Lipitor [a drug used to treat cardiovascular disease], I am literally prescribing carrots and cucumbers and green beans’.”

Wholesome Wave has previously piloted FVRx in several locations, including Minneapolis, New York City, and the Navajo Nation in Arizona, though the LA program, which touches more than 2,500 residents of an Hispanic neighborhood in central Los Angeles, is the largest so far. Over the last six years since FVRx was first developed, it has been streamlined into a “simple, but successful” formula, says Pon.

The crucial ingredients are a neighborhood-based healthcare center, which serves as the point of contact with individuals in need; food providers, which are typically a combination of local retail stores (for ease of access) and farmers markets (for more produce variety and a greater connection to where the food comes from); and a third entity that provides health and diet counseling and other services aimed it fostering the skills and habits of healthy eating. 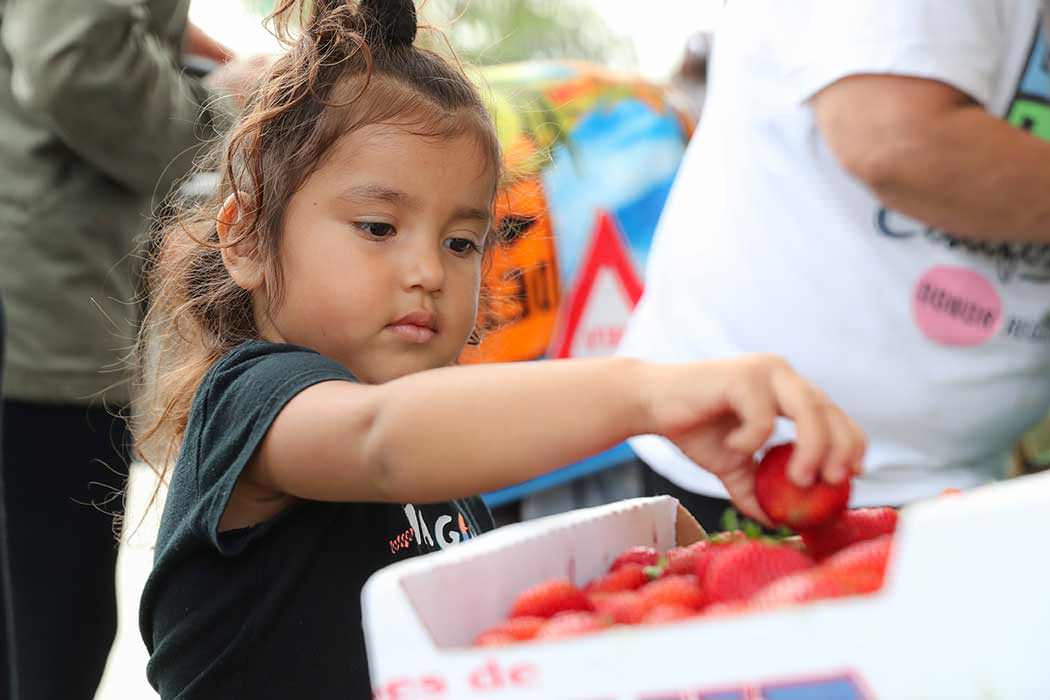 For the Los Angeles FVRx program, a local organization called Groceryships, which describes itself as a “scholarship program” for healthy eating, provided a nutritional education course for a portion of the participants. Eisner also offered classes, which were required in order to receive the vouchers. The classes include cooking demonstrations, Spanish-language children’s cookbooks, field trips to the farmers market, and tour of the produce section at a nearby Target – “Target has more produce than most people think,” says Pon.

Becky Murphy, vice president of clinical services at Eisner, says the response has been overwhelming, with far more interest than the funding for the current seven-month program, which is set to expire this month, can provide.

“Our patients are thrilled with the program. We are already seeing that the participants are increasing the number of fruits and vegetables they’re eating every day and decreasing the amount of sugar in their diet. One of our clients went to the farmers market with her kids and let them pick out whatever fruit they wanted, and then they went home and made popsicles with each one of their fruits. So it’s a great way for the kids to try different things.”

At the end of the program, participants will be evaluated on their progress. In previous iterations of the FVRx program, Wholesome Wave found that 69 percent of participants increase fruit and vegetable consumption and 45 percent decreased their BMI. In addition, food security in participating households improved by 45 percent.

As of early December, the 544 participating families in Los Angeles had spent $150,000 worth of vouchers, half of that at local farmers markets, a significant boon to area farmers. It’s part of a larger $40 million commitment by Target to address the health needs of children and families across the country this year. The company estimates that more than 225,000 pounds of fresh fruits and vegetables will be purchased by the conclusion of the program.

Pon says Target’s involvement raises hopes that FVRx will soon expand nationwide. “One thing about having a major retailer like Target at the table as not only the funder but also a program partner, is that they were able to provide vouchers in the form a scannable card that works through their POS system, and is co-branded with the farmers markets, so they can redeem the vouchers there as well. The system was built to be replicated.”

While Target has not yet made a firm commitment to continue, Jennifer Silberman, the company’s director of corporate social responsibility, said in a statement emailed to Modern Farmer, that “we are excited to assess the results of this program and learn how best to replicate and scale it. We’re in the process of solidifying our 2017 strategies and look forward to sharing them in the future.”

If they follow through, FVRx may revolutionize fresh food access across the nation, and help to put a dent in that $500 billion medical bill.