The big city just wasn't big enough for these turkeys. That's why a flock of Staten Island birds is heading for the hills. 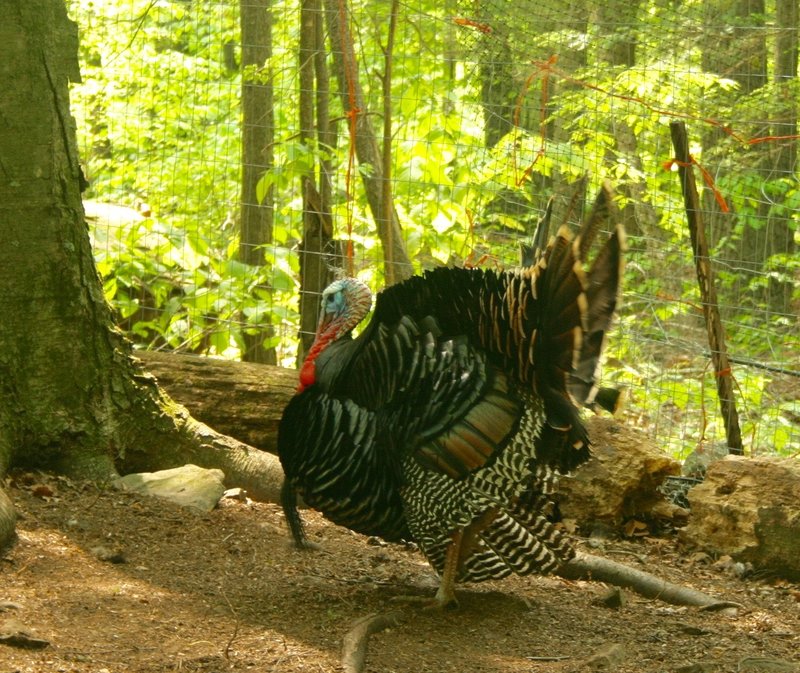 I’ve known Andernach, a German-born architectural designer and furniture maker, for five or so years. He’s always had a bit of a menagerie on his 60 wooded acres in the rural foothills of the Catskill Mountains. He lives on the land, is starting a biodynamic farm, and runs And-Hof Animals, Sanctuary for Farm Animals, which houses 32 hens, 28 roosters, 16 ducks, six goats, two pigs, two geese, and two rabbits (plus five dogs). And now, there are turkeys – Staten Island turkeys, to be exact.

Exactly how several hundred wild turkeys ended up living on Staten Island has become something of an urban legend. The story goes that a man had a few birds as pets between 10 and 15 years ago, then released them when he got tired of caring for them. Over the years, the turkeys continued to breed and their numbers steadily increased until they could be found roaming the beaches at the south end of the island, in the Dongan Hills and Ocean Breeze neighborhoods, and on the grounds of Staten Island University Hospital.

Initially the feral turkeys were a novelty but as the flock grew, the birds gained pariah status. Angry residents complained about them, especially their tendency to wander onto roadways causing traffic snarls. Eventually, borough officials pressured the state to do something about the birds, and animal welfare groups took notice after a few dozen were rounded up and slaughtered by the USDA.

In late 2013, Andernach, who has run his animal sanctuary for four years, came across Turkey Watch: SAVE the Staten Island Turkeys’ Facebook page. He contacted the organization to say he would be willing to take the birds in. But it turned out to be more difficult than Andernach had anticipated. The New York State Department of Environmental Conservation (DEC) wasn’t actually all that eager to relocate the birds.

“Supposedly they are hybrids that have interbred with domestic turkeys,” says Andernach, as we walked his property among crowing roosters, barking dogs, and honking geese. “Plus, they have lived all their lives in a residential, urban environment. The DEC was concerned that the turkeys would not be able to survive in the wild.” 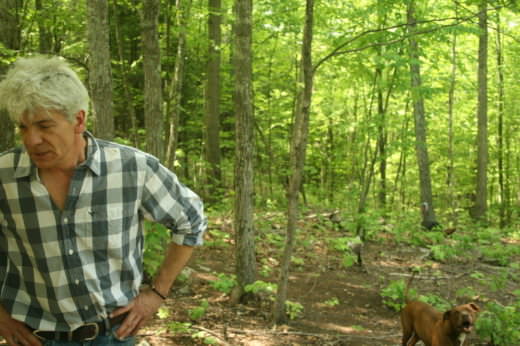 With the help of David Karopkin, a wildlife activist with Goosewatch NYC, and Brian Shapiro, the New York state director for The Humane Society for the United States, Andernach sat down with the DEC in April 2014 to hammer out a deal for 100 of the more than 300 birds on the island. Andernach agreed to a number of stipulations, including clipping the birds’ wings so they wouldn’t fly away, fencing in a two-acre area, and building a shelter. DEC officials came out to inspect the site. From start to finish the process took about a year and cost around $12,000. In December 2014, 100 turkeys were captured on Staten Island and transported to the sanctuary by the DEC. 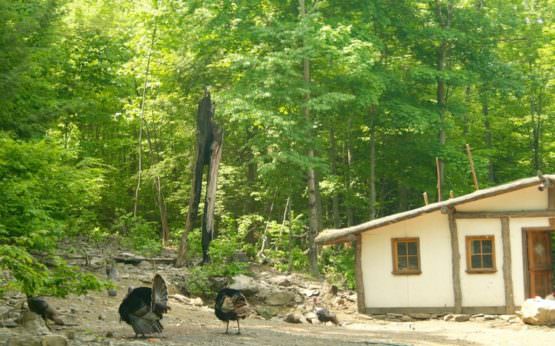 Turkeys hanging out by their home that was built from recycled materials and local lumber. Andrew Amelinckx 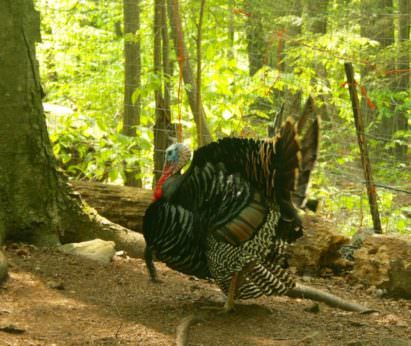 A Staten Island tom showing his stuff for the camera at his new home in the country. Andrew Amelinckx

The story doesn’t end here. The DEC contacted Andernach last fall and asked if he could take in more of the turkeys. This meant fencing in more land and building a second turkey shelter since the first batch of turkeys had become an established flock and needed to be kept separate. Thirty turkeys from the second shipment arrived between December and April of this year. The rest, which may be as many as 180 to 250 total, are supposed to arrive this fall, requiring a third enclosure.

The turkeys are doing fine, Andernach says, and have quickly adjusted to life in the country. In the sun-dappled woods, the toms put on showy displays and slowly waddle around like dandies on a city street, secure in the knowledge that they had finally arrived. They’ll live out their lives in peace away from the big city hassles of cars, pedestrians, and bureaucrats. It helps that they’re getting the royal treatment.

“They have free room service and they don’t even have to ring the buzzer,” quips Andernach, who says he spent about $8,000 on turkey feed alone last year. The animal sanctuary in the process of becoming a not-for-profit, but right now funding is still coming out of pocket, he says. You can donate to the organization here.