Double Digging: How to Build a Better Veggie Bed

Getting ready to prep your beds for spring planting? Try this soil-friendly alternative to tilling. 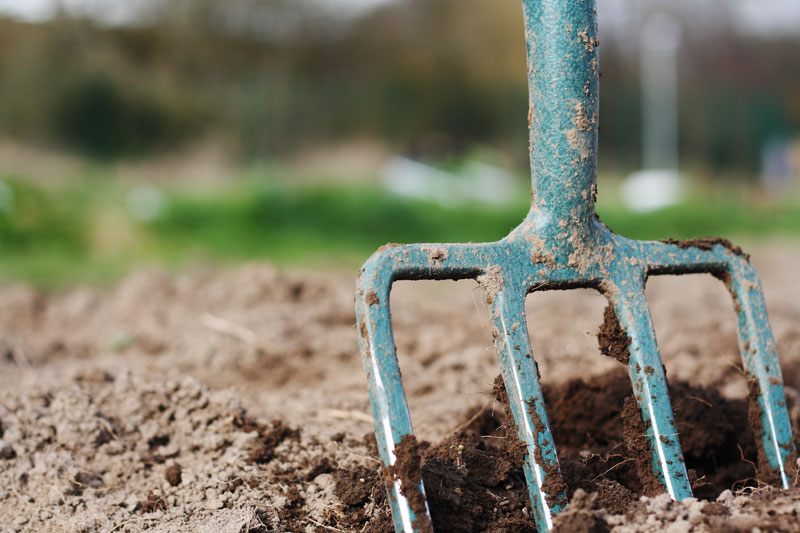 Double digging is an alternative approach, one that capitalizes on the soil’s inherent ecological processes, while making it loose enough to plant in right away. The basic premise of double digging is to create an extra deep bed of loose soil – 16 to 18 inches, versus the 6 to 8 inches that most tillers create – without inverting the soil layers.

In the natural process of soil development, distinct layers, called “soil horizons,” develop, where the most fertile soil is closest to the top. Mixing the layers with a tiller brings the less-fertile soil to the surface – that’s a disadvantage for plants and a disruption of the finely tuned relationships of the soil food web, which helps make nutrients available to plants, contributes to pest and disease resistance, and increases the water-holding capacity of the soil. Over the course of the growing season, the plants and soil microbes work together to re-establish a natural soil structure, one that would eventually lead to the black gold you’d find under the duff in a mature forest or undisturbed grassland, only to have the process set back again by next spring’s tilling.

Double digging was developed in the 1960s and ’70s by organic gardening guru Alan Chadwick and later refined by John Jeavons, who brought the French “biointensive” method to the United States. It takes a bit more elbow grease at the outset than tilling, but the good news is that, unlike tilling, double digging only needs to be repeated every few years when done right the first time. Here’s how:

Avoid walking on the bed at all costs to prevent the soil from becoming compacted again. Each spring, loosen the upper surface of the bed with a digging fork and enrich with the soil with fresh compost to replace the lost nutrients of the previous season. Depending on your soil type, you’ll need to double dig again every three to five years or so as the lower layers of the bed eventually become compacted again on their own.

thanks for the clear instruction video

Hi. great movie. I noticed that lovely fork with long neck. Do you know where to purchase these or quality digging forks? Thanks much, Katie