How to Teach Your Cows a New Trick: Weeding

Turns out, you can condition helping grazing behavior into your herd. 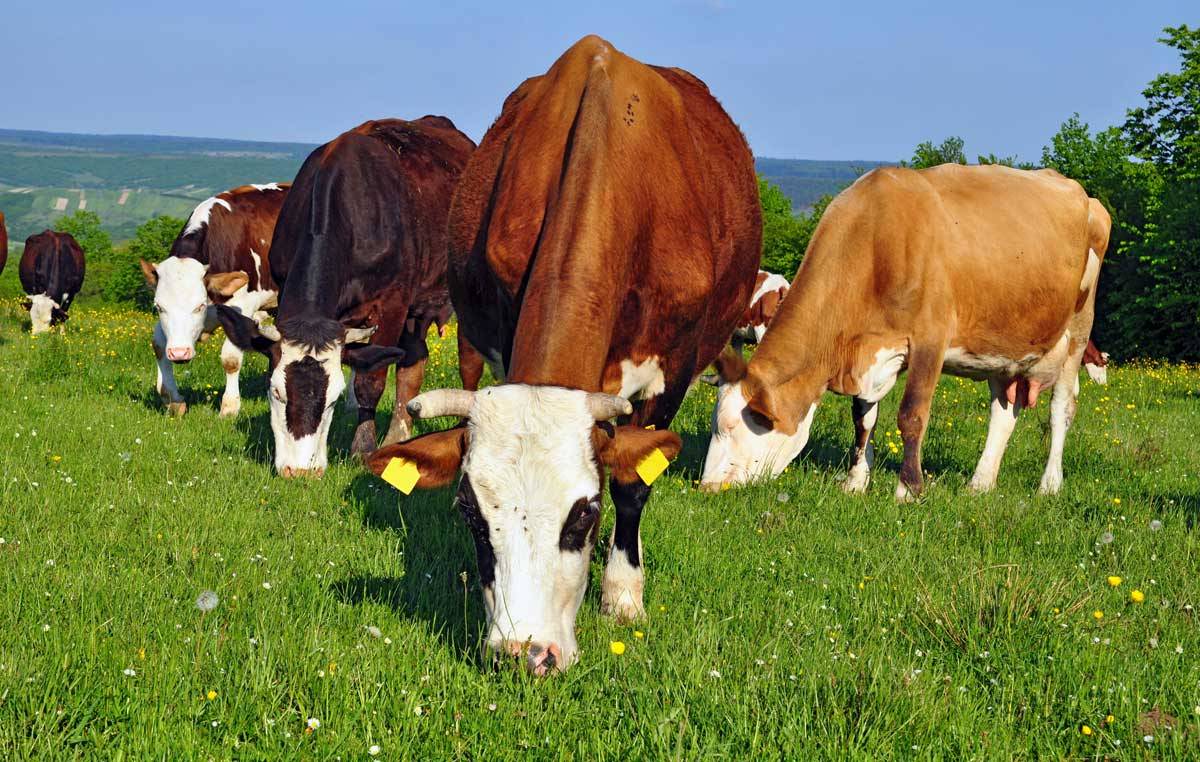 But not long ago, their picky palates were nibbling at the farm’s productivity. They simply would not eat a bitter weed called Rumex crispus, or curly dock, that was spreading through his pastures – and if cows don’t eat the invaders, they’ll spread until they’ve completely taken over. “Everyone has a sweet tooth, and cows are no different,” says Bansen, who as a supplier to Organic Valley, couldn’t spray the weed into submission.

In an unrelated move, Bansen decided to seed plantain and chicory – somewhat less bitter plants than curly dock – into his pastures because they are natural parasitoids, which will discourage parasitic worms in the animals’ stomachs. His cows began grazing the new plants, and to Bansen’s amazement, they moved on from the plantain and chicory to the curly dock, completely fortuitously. Now, the entire herd relishes this former scourge.

Turns out, you can condition this behavior into your cows. For years, livestock educator Kathy Voth has been telling farmers and ranchers exactly this – that cows can be trained to eat broadleaf “weeds,” which can actually offer a more nutritious leaf-to-stem ratio than grasses. “About 30 percent of a pasture are plants that cows won’t normally eat,” she says. “If you train them to eat that 30 percent, you can have more livestock or run the ones you have on a smaller place. You can be more profitable.” Plus, farmers can save time and money since they don’t have to spray or mow as often. As Voth says, “It’s 30 percent more forage for free.”

Voth has already trained 1,500 cows and 40 bison to expand their palates, a process that takes as little as 10 hours over 10 days. She establishes a morning and afternoon feeding ritual, beginning with tubs of “cow candy” like oats and barley. On the fifth day, she mixes weeds into the tubs along with the sweet stuff. Usually, she says, at least one cow will try it and begin to seek it out. This sets an example for herd-mates; soon, they all make the switch. “My favorite thing to teach is Canada thistle,” Voth says. “If I can teach a cow to eat that, then they’ll eat anything else in the pasture.”