It's chaos out there. But can the government's attempt to tame it do more harm than good? 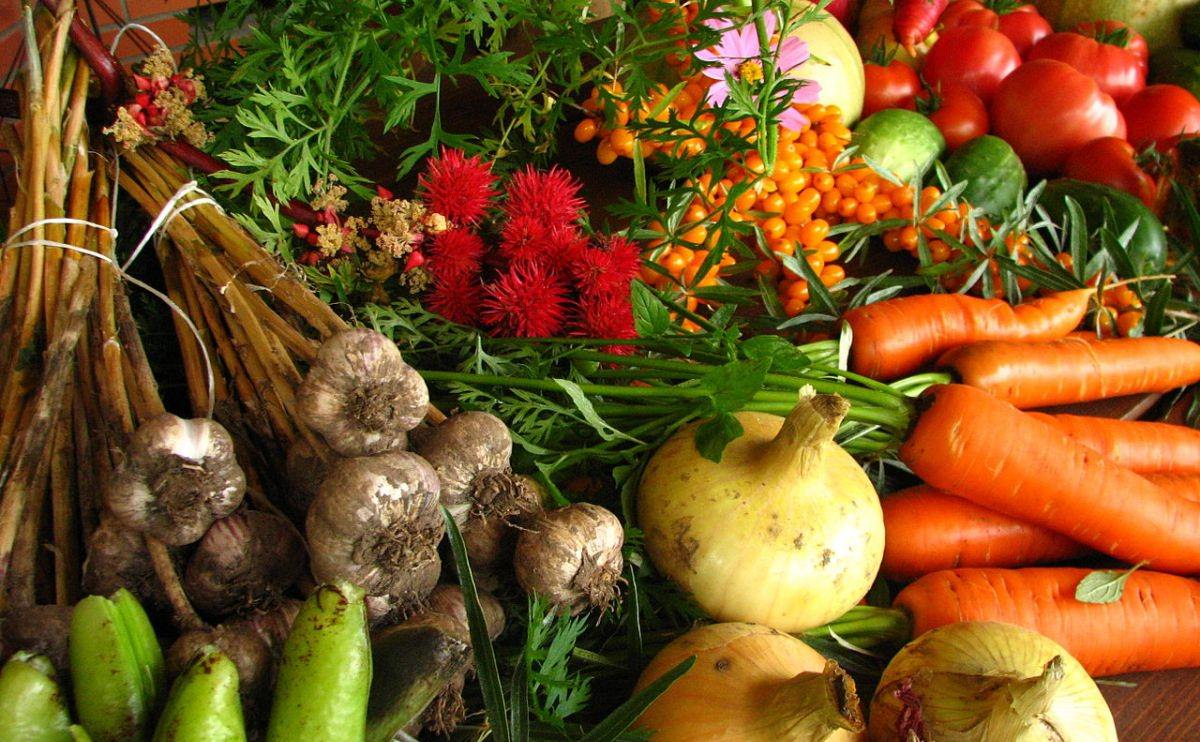 Crafted by the USDA and the Department of Health and Human Services, the DGAs are redone every five years and are a vital tool for figuring out the health of the nation. They are, of course, viewable to everyone; if you want to read the whole thing, you can check it out here. But it’s really very long, and we wouldn’t blame you for not wanting to do that. Basically the new guidelines are a small evolution of the past few, recommending fewer calories, consuming more non-meat protein sources (especially fish), and, notably, to cut sugar down quite a bit. The DGAs now recommend that only 10 percent of each person’s daily calories come from sugar, which, as NPR notes in a nice summary, is almost half of the current average.

As an example of how minor some of the changes are, there’s no specific mention of reducing red meat intake, at least not in any obvious language. You can sort of read between the lines and see that the DGA is attempting to make that change without, perhaps, raising the ire of the meat industry. Instead of saying “eat less red meat,” the DGA says in chapter two of the document to “get your protein sources from nuts, fish, and legumes.” To follow that advice would necessarily mean reducing meat intake. Pretty sneaky! Example, from the paper:

Strategies to increase the variety of protein foods include incorporating seafood as the protein foods choice in meals twice per week in place of meat, poultry, or eggs, and using legumes or nuts and seeds in mixed dishes instead of some meat or poultry. For example, choosing a salmon steak, a tuna sandwich, bean chili, or almonds on a main-dish salad could all increase protein variety.

This semi-subtle incitement to eat less meat doesn’t go far enough for some; NPR quotes Barry Popkin, a nutrition researcher at the University of North Carolina, who says: “I am disappointed that the USDA once again is cutting out recommendations to truly limit red meat intake.” Popkin has company; many – including cancer researchers who have been eyeing red meat as a possible contributing factor – were hoping the DGAs would issue a firm ruling either way about meat intake. But one of the biggest and most important critics of the DGAs has totally different issues with the guidelines.

Nina Teicholz is a journalist and the author of The Big Fat Surprise: Why Butter, Meat and Cheese Belong in a Healthy Diet, as well as a board member of the Nutrition Coalition, an organization recently launched because, according to their site, “a thorough and transparent process for developing new guidelines is needed to ensure that dietary advice to Americans is based on rigorous science.” Teicholz is not so much on the side of the pro-meat, pro-fat paleo types; she repeatedly stated in our phone conversation that she is on the side of “good science,” nothing more or less. She also is on the side of complexity; universal rules that hold true for everyone seem to chafe her quite a bit. One of those simple rules that she fights against is that fat, specifically saturated fat, is always bad. Another is that salt is always bad; Teicholz points to a recent study that finds that there is a window of ideal salt intake, and that having either too much (duh) or too little (huh!) salt is associated with health problems.

“I think that the guidelines should reflect the uncertainty of the science,” says Teicholz. “Maybe they should inform and be more humble in what they advise. They’re really quite certain about what they think is a healthy diet for everyone, and on several important, key issues, the science is really not as settled as the guidelines portray.”

No matter what you think a healthy diet should be, there’s a study out there that’ll confirm your beliefs.

Teicholz says that the dietary guidelines aren’t just advice; they become a fundamental baseline to decide what millions of Americans eat, from nutrition education to school lunches to SNAP programs to military meals. And yet, she says, they make no allowances for age, activity level, or health background. This is especially notable in the school lunch element: “Children’s needs are de facto not met by the Dietary Guidelines because there’s no data on children to show that they thrive on this diet,” she says.

Another issue: The guidelines simply aren’t working. Teicholz notes the decades of declining health in Americans despite actually obeying, if only partially, the guidelines (reductions in whole milk consumption, say, or an increase in whole grain consumption).

Better tools, better communication, higher public awareness, and boatloads of money have resulted in a mess of studies that sometimes agree, sometimes partially agree, and sometimes entirely contradict each other. No matter what you think a healthy diet should be, there’s a study out there that’ll confirm your beliefs. “Every week, it seems a new smoking gun – fat, sugar, caffeine, etc. – is identified, but each new culprit brings its own uncertainty,” writes Maeve E. Gearing at the Urban Institute, a think tank that analyzes data and gives policy recommendations. “Are we sure this time that the result will hold up? And how should policymakers respond?” The reason is simply that we’re in a period of scientific flux in the nutrition community: We’re learning about all kinds of new things, from gut flora to food intolerances to the way we metabolize thousands of food items, and reexamining everything we knew before. That necessarily makes for a highly difficult environment in which to make a broad recommendation.

The DGAs, according to Teicholz, are ineffective both because the process is far from transparent and sometimes inconsistent in how it responds to reviews, but also because, well, there is no consensus about nutrition.

The concept of one set of guidelines that fit all Americans – a fit 27-year-old, a diabetic 86-year-old, and a hyperactive 10-year-old – is not really viable.

What Teicholz is getting at is that nothing is certain anymore, and that the concept of one set of guidelines that fit all Americans – a fit 27-year-old, a diabetic 86-year-old, and a hyperactive 10-year-old – is not really viable. She’s fighting that fight in specific ways, like with her quest to reexamine saturated fat, but her basic bugbear – which she reiterated several times – is that in order to better serve the public, the guidelines need to be able to flex and move with science and the needs of a diverse population. We may be past the era when a scientific consensus on something as complex as the way the body treats fat is even possible; perhaps the only consensus is that there is no consensus. And shouldn’t our dietary guidelines reflect that?

That said, Teicholz admits that there is a need for a program, or programs, to decide what’s healthy. “If we’re going to do school lunches, they have to be based on something,” she says. The solution, though, is unclear. Should there be a number of different, increasingly specific guidelines, like one guideline for schools and one for the military; or maybe one for elementary-school-aged healthy Caucasian males and one for each possible variable of that? Or perhaps, there’s one guideline with flexibility built in, i.e. schools can pick and choose whether they serve low-fat or whole-fat milk.

This is probably no consolation to those in charge of crafting the DGAs. They have to come up with something, and they’re getting yelled at from all sides by entities with huge financial stakes in the outcome. Doctors, nutritionists, lobbyists, schools, the military, massive conglomerates – they all want something different from one set of recommendations. Maybe there’s something to that.