The Weird History of Dancing Chickens at Amusement Parks

In the early 1980s, while visiting cousins in Minnesota, my family spent a day at the Paul Bunyan Amusement Center, then located in Baxter. The park featured a variety of rides and a giant animated statue of Paul Bunyan who greeted each child by name. (I have to say it was a bit of an unnerving experience for a 10-year-old.) 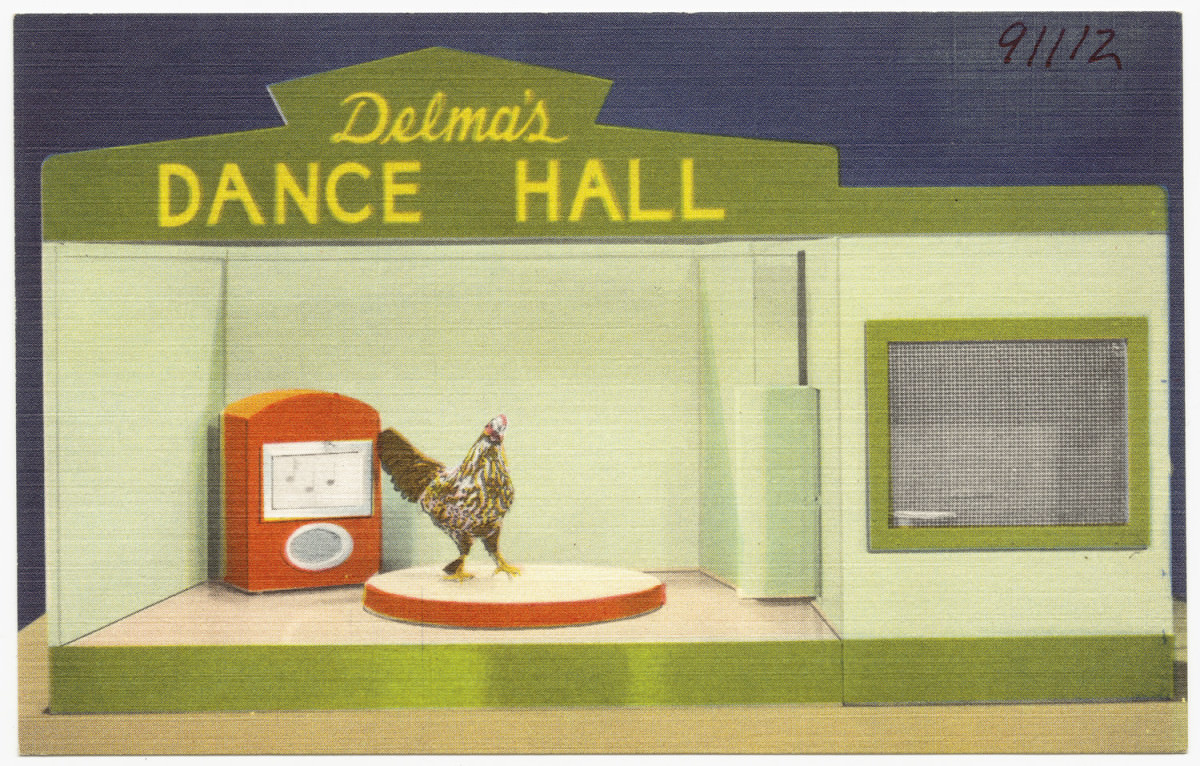 But the attractions that really drew me in were a series of small, air-conditioned booths in which a variety of animals – including chickens, rabbits, and ducks – would perform for just a dime (like you can see in the video below). Some played a tune on a pint-sized piano or guitar, others danced a jig, or played games. Losing at Tic-Tac-Toe to a chicken was even more unnerving than the meeting with Paul Bunyan (and slightly humiliating). I never forgot the experience.

Recently, I decided to look into what turned out to be a strange story about these trained farm animals. It involves a top-secret World War II program, the famed psychologist B.F. Skinner, and a husband-and-wife team who revolutionized animal-behavior modification and helped developmentally disabled people learn self-care skills.

In 1941, Skinner, the highly-influential behavioral scientist and father of operant conditioning, began working on Project Pigeon, a classified effort to train pigeons to help guide glide bombs for the Navy, with funding from General Mills, Inc. Two of Skinner’s graduate students, the newlyweds Keller and Marian Breland, who had been working at Skinner’s lab at the University of Minnesota, left school to work on the project. 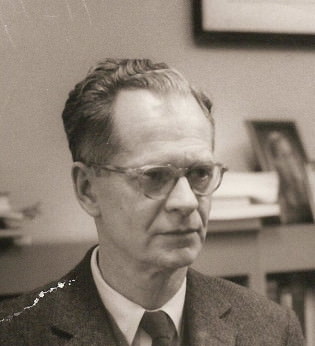 B.F. Skinner at the Harvard Psychology Department, circa 1950. Wikimedia Commons

While the Pigeon Project never took off, the Brelands saw the money-making potential of using positive reinforcement to train animals. They bought a small farm in Mound, Minnesota, and began training various animals in their barn. Their company, Animal Behavior Enterprises (ABE), launched in 1943 and among their clients was General Mills. The couple put together a trained chicken show for the company’s farm-feed division, Larro Feed, and trained Larro salespeople on their techniques. The shows were seen at feed stores across the country and were a hit. 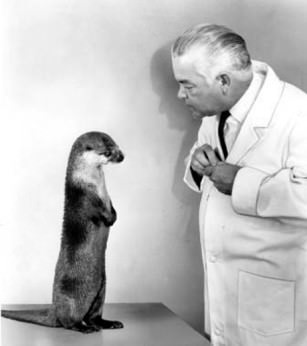 Keller Breland training an otter at the IQ Zoo in Hot Springs, Arkansas, around 1960. Wikimedia Commons

By the 1950s, the Brelands were living in Hot Springs, Arkansas, and had opened the IQ Zoo, a tourist destination that showcased their training techniques. They’d also created fully-automated, coin-operated animal shows (the kind I saw at the Paul Bunyan Amusement Center) and trained a variety of animals for television and film. But it wasn’t just about cashing in. The Brelands were scientists, and they published a number of papers about their work, including the groundbreaking and influential The Misbehavior of Organisms (1961), which described some of the problems with instinctual behavior they encountered when training animals.

Keller died in 1965. Marian continued running ABE, earned her PhD, became a college professor, and contributed to a book about using operant conditioning to help developmentally disabled people with needed life skills. She later married Bob Bailey, whom she and Keller had met years earlier when they were working on a dolphin-training project for the Navy. Bailey worked for the Brelands’ company and would later run it with Marian. The couple closed ABE in 1990 but continued to teach. Over the years they trained thousands of animals from more than 150 different species and taught their techniques to countless researchers, students, and trainers. Marian died in 2001.

The next time you see a commercial featuring animal antics or a film starring a four-legged actor, you can thank Keller Breland, Marian Breland Bailey, and Bob Bailey for the smile it brings to your face. I know I will.

Here’s the full 10-minute-long documentary from 1994 about the IQ Zoo.