Farm Confessional: Here's My Beef with Farmers Who Claim Organic When They Are Not - Modern Farmer
Food & Drink, Lifestyle

Farm Confessional: Here’s My Beef with Farmers Who Claim Organic When They Are Not

A Certified Naturally Grown farmer opens up about fraud on the farmers market scene - and his own failed foray into USDA Organic certification. 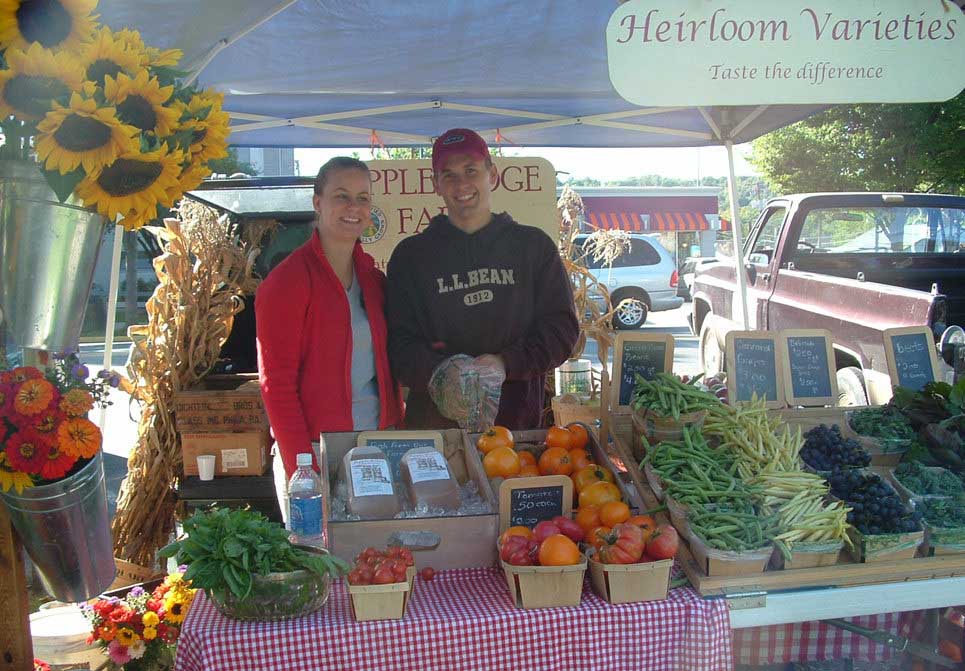 A few years ago I bought an application for organic certification. It costs $75 and comes in a box. I spent about two years working on it and realized there was no way that we were actually going to keep up with the record-keeping. If we went for certification I was is going to be making up the information, because I wasn’t going to have time to do it while running the farm every day. So we ended up going back to Certified Naturally Grown after taking what we thought was a pretty legitimate stab at getting certified organic.

I gained a lot of respect for the organic program out of the experience, because they are definitely looking at everything. We are a small, really diverse farm, which made it really challenging. If we just grew vegetables it would’ve been pretty straightforward. But we do produce, including hydroponics, pasture-raised chickens, and pork. Then we have a value-added side of the business with a line of mustards, pizza, breads, and other baked goods.

The part where we were bogged down the most was with the bakery, which includes ingredients that don’t come from the farm. You have to get a certificate for each ingredient, which gets tricky. For the ingredients that aren’t organic, like our cheese and olives, we would have had to get a non-GMO certificate. Just trying to get a hold of some of these companies – like our olive company, which is in Europe – was not easy. Sometimes we can’t get one kind of flour, so we use another kind of flour, and then we need another certificate.

Small agriculture has the same problems as big agriculture in terms of people being honest.

There are so many moving parts in our business, and for certification we would have to keep separate sales records for each part of the operation. There is currently no organic certification for hydroponics, so we would have to break that out of our farmers market sales, which we weren’t prepared to do. Plus, you get assessed a fee of 2 percent of your sales by the certifier each year.

With the planting records that are required, I found that by the time I actually sat down to do it, I was making most of it up. As far as the requirements for buying organic seed and things like that, it would have been pretty easy for us because all of our inputs are organic. But taking the time to document everything in and everything out – that just wasn’t going to happen for us. One year we had an apprentice that we assigned to it, but I realized it wasn’t going to happen unless I put in a serious bucket of my own time as well.

We considered for a minute just doing the farm side of the operation organic, but the only thing we really wholesale is bread, which is why we originally thought about getting certified. We wanted the label on our bread so that when we sell to people who are reselling it, they could convey to their customers what it was about.

We do 13 farmers markets and we know most of our customers. They can ask questions and we can answer them. But the bread is $6 to $7 a loaf, so we thought it would be nice to put an organic label on it so people can say, “oh, that’s why it’s a little more expensive.”

Most small farmers who are on the organic spectrum are in some shape or form claiming organic. They are saying, “oh yeah, we’re natural, we don’t use any pesticides,” or “we’re organic, but we’re not certified.” But I can tell you that most of the farmers who don’t have any kind of certification at the markets I go to would not qualify as certified organic. Most of them are not buying organic seed because it’s twice as expensive. If there’s not a certification, there’s no way to validate it – everybody is going to cut their own corners.

Small agriculture has the same problems as big agriculture in terms of people being honest. From what I’ve seen in 12 years of doing farmers markets, there’s a ton of people misusing marketing terms. So you almost need somebody to come in to act as a clearinghouse and say, “okay these people are claiming organic, but let’s verify it.”

It seems like with nine out of 10 farmers who allude to the fact that they’re organic it’s like, “well… .except we don’t buy organic seed because it’s expensive.” Most of the farmers at the markets that I go to say “we don’t spray.” But they might tell you in a conversation later – “only if we have to… just last year we sprayed because there was late blight on our tomatoes.” They claim to be organic until they’re going to lose their crop. They might only use a pesticide or herbicide or fungicide once or twice a season, but it’s not fair to the people are actually doing it legit organically. So I struggle with it all the time.

Hmm. First mistake is paying for an application. From there, part of the reason it’s challenging is that the wholesale products in fact aren’t organic. The record keeping can become a religion but you can work with the Certifier to figure out what is reasonable and what isn’t to demonstrate you’re farming the stuff. For instance, throw the seed packs in a box, that’s proof of organic seeds. Small diversified farms face a challenge here but freezing at the application stage is not exactly proof that it’s too hard. Just don’t call the breads organic (they aren’t) and work through… Read more »

The beneficiary of the certified organic label will be Walmart and their minions.

The gate keepers should be the farm market managers. They NEED to check certification on anybody in their market that’s using the word “organic” on their product. Simple.

We’ve been certified organic since 1992. I admit, the first couple of years, the application and record keeping process was intimidating, but we figured it out, and now the record keeping is just a part of our routine. I sold at the local farmers market for 28 years, and totally agree that some farmers tend to tell customers what they want. One grower posts a sign that says “NO SPRAY”. When you ask what they do for weed control, however, they will tell you they use a pelleted herbicide. Customers think “no spray” means no herbicides. They are misleading. Another… Read more »

Hi Brian, Thanks for your thoughtful article and honesty about the hardship of proving you are truly organic by going through the rigors of the certification process. We noticed the same pattern of duplicity from fellow vendors at the farm market, so in 2010, we did in fact go through the process and get certified. It matters. Our sales increased due to our local food cooperatives having reassurance that we were in fact, organic. And their customers as well. I think farm market sales are going to be dictated first and foremost by relationship. Vendors may misrepresent their growing practices… Read more »

OEFFA has a flat rate for certification which I admire because they aren’t tempted to certify giant industrial operations skirting the rules just so they can make more money.

My wife and I have a Certified Organic apple orchard in the Upper Midwest. We have been certified for 15 years and involved in the Organic Movement for 25. The certification paperwork has become second nature although the difficulty and expense of farming organically have not. I, too, am amazed at the ease with which non-organic growers attempt to claim some portion of the organic mantle and, like the author, wish that more was done to police that. We grow the wine grapes of apples and make alcoholic beverages from them (brandy and hard ciders). I’m also amazed at how… Read more »

We looked at certification, and the documentation for a diverse operation was oppressive, as Brian notes. But that is not the biggest reason we chose to not go “certified.” Certification is all about alleged impacts of chemicals on human health, and almost nothing about care for the land. And I’m not really convinced it does a good job of defending human health. Brian talks about organic seed, but there is nothing in organic standards that says you cannot put that organic seed in a still-offgassing, single-use plastic pot. We don’t use organic seed, but we do all our starts in… Read more »

I can never understand why the owness is on the organic grower to certify and label. If you use chemicals you should list them and label appropriately.
It’s the organics that shouldn’t require any labeling.

Popular
7 Smokable Plants You Can Grow That Aren’t MarijuanaBrian Barth
Alaskan Salmon Face a Stream of New MinesBecki Robins
Why Don’t We Eat Turkey Eggs?Dan Nosowitz
Holey Cow: The Wonderful World of a Fistulated CowAnna O†™Brien
6 Differences Between Llamas and AlpacasAndrew Amelinckx
Explore Modern Farmer
Related
news
The Fertilizer Shortage Will Persist in 2023Shea Swenson
Environment, Food & Drink
Where Has All the Mustard Gone?Chloe Faure
Animals, MTMF
Meet the Maine Teenager-Turned-Landscaper Thanks to Grazing GoatsBridget Shirvell
Animals, Food & Drink, Lifestyle
The Great (Sticker Shock) ThanksgivingLindsay Campbell
wpDiscuz
We use cookies on our website to give you the most relevant experience by remembering your preferences and repeat visits. By clicking “Accept”, you consent to the use of ALL the cookies.
Cookie settings ACCEPT
Privacy & Cookies Policy