Farm Confessional: I Slaughtered an Animal I Truly Loved

One writer shares her struggle to put down the one farm animal she never planned on butchering. 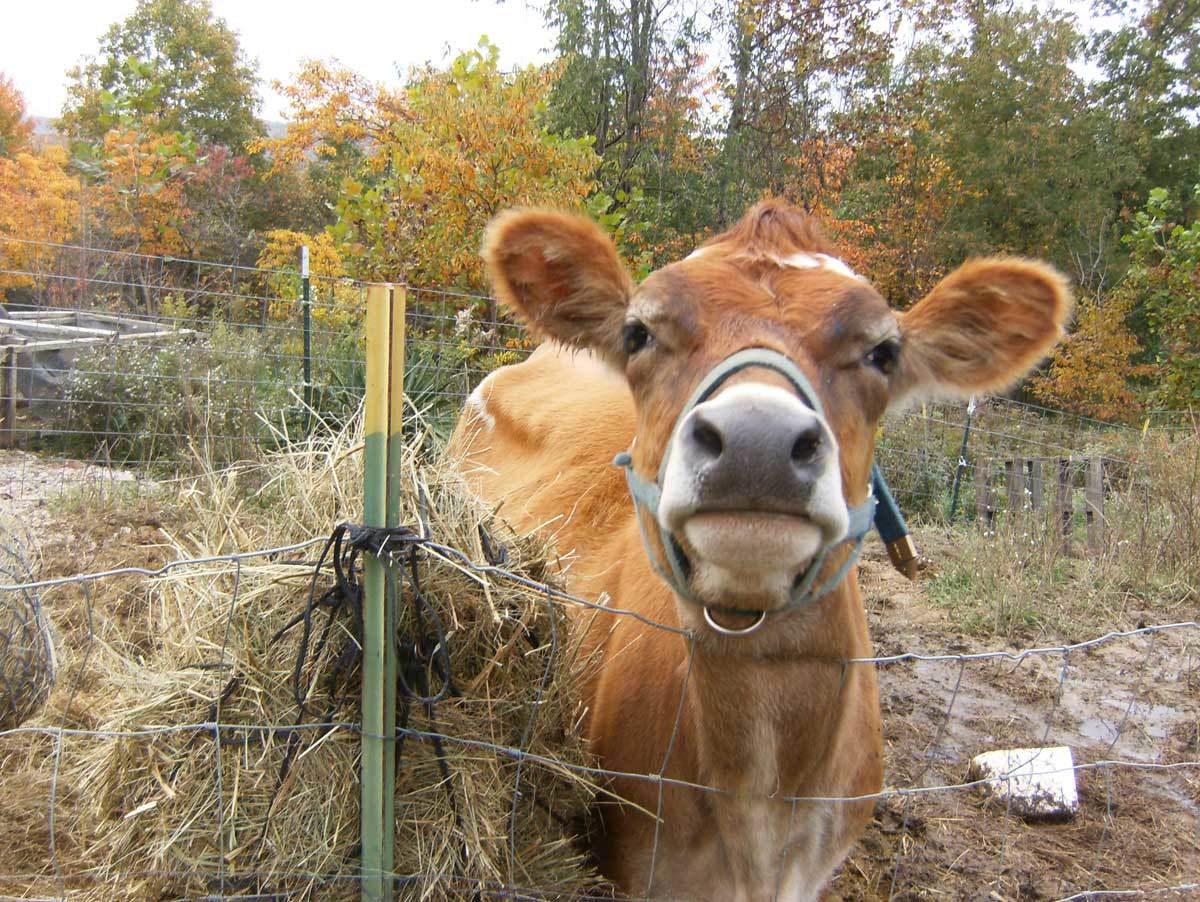 The moment when I know it is coming and the animals don’t is very hard. The first few times I shook. And when it was done, I cried. I couldn’t help it. I felt such immense responsibility to make it as easy for them as I could. But I learned how to deal with the fact that an “instant death” is not reality. Nothing in life is instant – not even death.

So if my first shot, or my first blow, is insufficient, I surround my horror with calm and efficiency so that I can right the wrong swiftly.

And then, it is done. I ease them out. I pray for their spirit so that it passes to where its journey continues. I ask their soul to be a guardian of our homestead; their presence is always welcome here. Their body is our food – the way our bodies will one day feed others one day. Life continues.

Not one tiny part of that body is ever wasted. Every part feeds something else, whether it is me, or my dogs, or my soil.

I rejoice as I process that body into food for us. It is a joyful thing. It is a beautiful thing. Not one tiny part of that body is ever wasted. Every part feeds something else, whether it is me, or my dogs, or my soil.

But then there was Beanie. Selene Beanie. She was our first milk cow. I used to say that she was the cow that jumped over the moon. She had spirit! She had personality! She had soul! She was my friend – even though she was a brat and aggravated me. She taught me where a lot of “old sayings” came from, like “The grass is always greener on the other side.” Our fences still prove it to this day, as they are bent down between most posts. She was the troll that guarded the gate that leads to our yard. I had to pay my way past with treats, and she would give me the big cow eye until I paid enough. And then she would smile and let me pass.

But there was that accident. She was crazed for “a man.” She broke out of our yard, and ran down the road toward the seductive song of the bull at the farm down the road, her son following behind her.

We found Beanie after that farmer had stuck her in his field with his herd. Was he hoping no one would come looking? Hoping that he could keep her and she would blend in with his herd?

But she was little and his bull was big – and he broke her. I thought the old farmer would have known better. Beanie couldn’t get up off the ground after that bull was done. She pulled herself along with her front legs to try to eat grass. We brought her water, and gave her oats and encouragement while we stood guard, so the farmer’s cows wouldn’t eat her food. And we tried to raise her back up onto her feet. The vet came and went.

The old farmer put straps around her, got a big backhoe, lifted her up into the air, and then placed her down into the back of our pick-up truck to drive her home. I saw the farmer watching me after we got the straps off of her. I had put my forehead against hers to say I loved her, and she had pressed hers back against mine to say the same, and we just stayed like that for a bit. We were friends.

I tried to honor her passing by taking her inside of me, to feed and sustain me. But I looked at the meat and saw my friend.

In the end, we had to put that bullet in her sweet head. Big, silly Beanie. It was loud and it was over, and there she was. Laying there. I said my prayer over her, I put my hands upon her, and I cut her throat so that her blood would feed our soil – her soil. But as we butchered her – so her life would not end in nothingness – there was no joy. I would not waste what she had to give, so every part of her became food for something else. Some for the dogs, because they guarded her. Some for the chickens, because they scratched her dung and helped keep her pen free of parasites. Some for us.

But it hurt. I tried to honor her passing by taking her inside of me, to feed and sustain me. But I looked at the meat and saw my friend. I couldn’t eat it. Every bite that I took was tinged by a pain in my heart. I couldn’t separate my love for her, our friendship, and that food.

Beanie’s son has been raised for food. I’ve known it from the beginning. I made my peace with it. That sweet little calf will become a dangerous bull. He has a destiny.

But Selene Beanie – she was my milk cow. She was my girl. She was the one who swatted me with her tail but gave me her milk, and her friendship.

I cannot look at any part of her and not see my friend.

Maybe some people will not understand this.

But that’s okay. Beanie understands. And I loved her.