Is it possible to wear clothing made from materials sourced only within driving distance of your home? Rebecca Burgess did it, and she wants you to consider it, too. 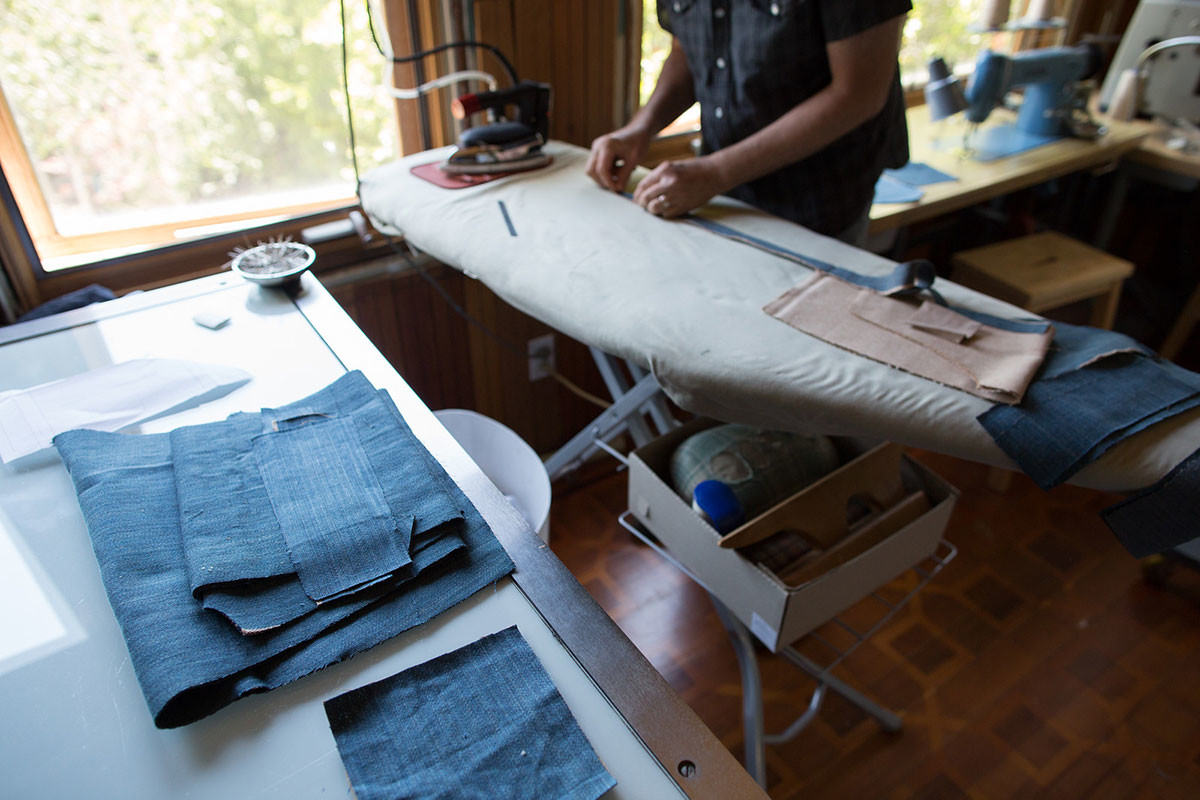 So why not slow clothing? That’s what then-33-year-old weaving teacher Rebecca Burgess thought in 2011 when she challenged herself to wear garments sourced within 150 miles of her California home. It wasn’t as simple as only buying from local stores: She had to wear clothing with fibers, dyes, and labor exclusively from her region.

“What started as a personal project spiraled into a community of people who helped create this one-year wardrobe: artists, designers, ecologists from UC Berkley who were getting their PhDs in environmental science,” Burgess says. “They felt passionate about the reduction in the toxic load, and of the prospect of making clothes from organic natural fibers.”

The toxic load Burgess speaks of are chemicals and heavy metals generated from producing and dyeing textiles, according to the EPA. In addition, Burgess says the textile industry in California alone produces a tremendous amount of material waste. “After my one-year wardrobe challenge, [Fibershed] did an analysis and found over 3.1 million pounds of wool in the state,” she says. “Over a million pounds are thrown out every year.”

Burgess’ creation of Fibershed, a non-profit 50c3 that invests in locally-sourced clothing, was a direct result of her year-long local fashion experiment. A fibershed (a term Burgess coined) is a “geographical landscape that defines and gives boundaries to a natural textile resource base, engendering appreciation, connectivity, and sensitivity for the life-giving resources within our homelands.”

Burgess realized that for slow clothing to take off, there had to be something that everyone would identify with and be willing to wear. The staple she went after? Blue jeans.

Fifteen items carried her through: among them, an alpaca sweater, a wool sweater, a cotton skirt, a pair of cotton pants, and two tight cotton base layers with a bra-like purpose.

“The shopping addiction definitely broke,” says Burgess. “Everyday I woke up and thought, ‘this is your uniform.’ When you don’t invest your creative energy in shopping or putting an outfit together, you end up having more energy for other things. You also realize that what you do in the world is so much more important than what you’re wearing.”

The experiment was not without struggle. Zippers and buttons had to be sourced from recycled clothing, and most thread today is synthetically created overseas. Use of this thread was a concession she occasionally had to make, although she avoided it as much as possible by encouraging her wardrobe artisans to knit garments without seams.

In the thick of her yearlong experiment, Burgess realized that for slow clothing to take off, there had to be something that everyone would identify with and be willing to wear. The staple she went after? Blue jeans.

She spent the next four years growing indigo herself and fermenting it as dye, cultivating a relationship with local cotton farmer Sally Fox, and employing Levi’s veteran Daniel DiSanto to design a pair of jeans that looked pretty close to the jeans that the public knows and loves. The aim was to combine the traditional jean with everything she loved about slow clothing: supportive of local artisans, using materials only from her region, and 100-percent compostable.

They solved the button and zipper problem that Burgess had experienced in 2011 by using buttons created from the horns of local sheep. They also found a solution to the thread issue, finding a capable mill in Kentucky.

The result: Something that Burgess wishes she had had in 2011.

“All the forms look very modern, but the whole system behind them is a complete revolution,” Burgess says, “how we farm, how we create, how we come together to work together, the collaborative teams of farmers and designers. From the ground up, it’s a completely different system, but it produced something eye-catching.”

In celebration of the jeans, Burgess and Fibershed hosted an event earlier this month called Grow Your Jeans to introduce attendees to slow fashion and educate them on the benefits. “This event was a culmination of a lot of sweat. It’s a lot of mid-day harvesting indigo in draught-stricken California for four years,” she says.

Teams of farmers and artisans managed to make 19 pairs of jeans over those four years. That might not sound like a lot, but the time each took to create is an issue that can be solved with the introduction of mills back into the country. Mills, to no surprise, cost money to start and run – money Burgess hopes to get from her eco-conscious investors when they see a public interest in slow fashion.

Interest is one thing. But for slow fashion to take root and grow, Burgess has a few ideas. “I think ideally people would change the relationship they have with consumption,” she says. “They would commit to spending more money on a good that they could trace, and that they would do that and reduce the repetitive amount of times they’re going to a big-box store.”

“If we go back to a more frugal, conscious and sensitive consumption pattern, then we can drive a demand for slow fashion. Quality over quantity, one thing over 10. Have something made for you – customize it! You deserve that.”

Visit the Fibershed Marketplace to shop products that are made from fibers, dyes, and labor within a 150-mile radius of the Northern California.