Meet Jamila Norman, who shows kids what cool things come out of the ground in her farm-based after school program at Patchwork City Farms. 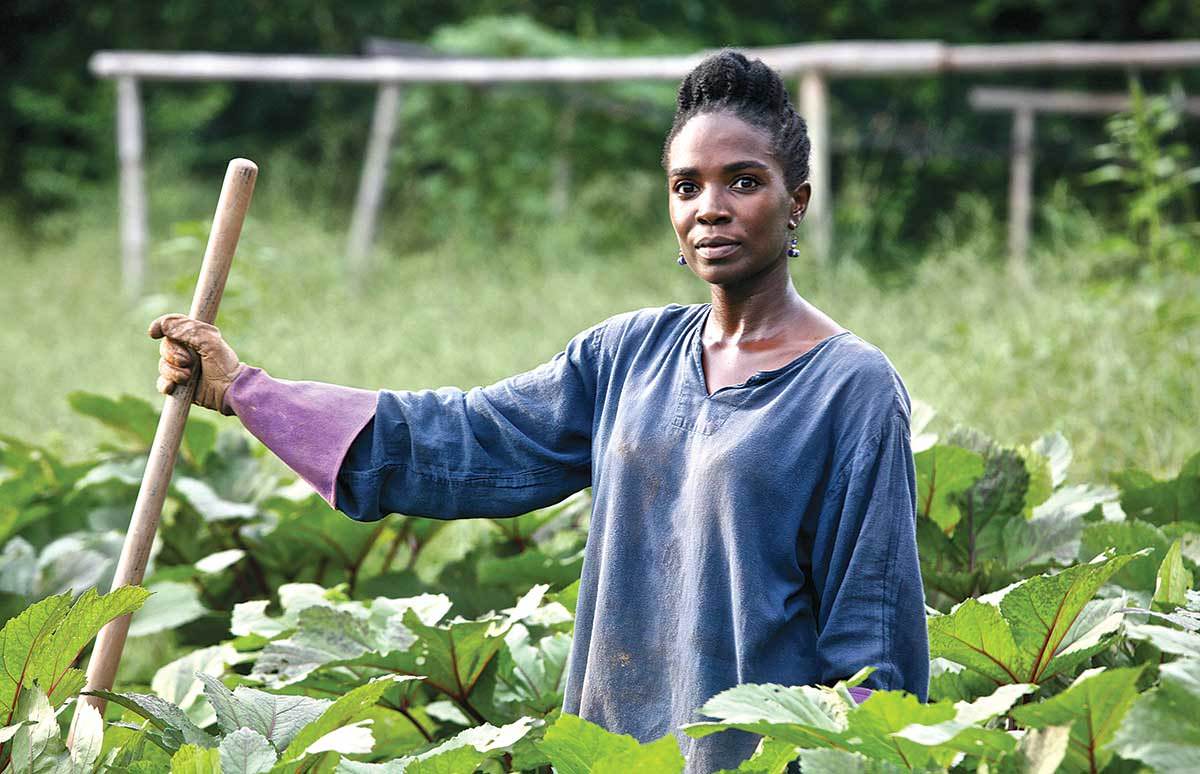 “I think it’s safe to say I’m the only solo black female farmer in Atlanta,” declares Jamila Norman. Her initial plan for this acre in the predominantly African-American West End neighborhood – leased from the city’s public school system – involved supplying students with fresh-grown produce. But, says Norman, “I wasn’t able to get food into the cafeterias because of bureaucracy and red tape.”

Though the 36-year-old wound up selling her organic collards, carrots, and Green Zebra tomatoes through the usual CSA and farmers-market channels, the mother of three fulfills her original educational mission by hosting an after-school program. “Kids are sometimes grossed out by things that come out of the ground. We have to teach them that it’s better like this.”

Patchwork City also doubles as a community space for picnics, jam sessions, and, this past June, a Father’s Day party. “Black men get a bad reputation, and I wanted to celebrate dads who do a great job for their kids every day,” explains Norman, who emphasizes the for-profit, entrepreneurial nature of her efforts. “This is a business. It’s important for people to see that farming is a viable career. Women can start farms. Black people can do it, too.”

Plus: Are you a Modern Farmer? Show us with #iamamodernfarmer!

Thank you for your efforts. It’s inspirational. I’d like to start a program in Erie PA

1
Reply
Could Urban Farms Be The Preschools of The Future? – iGrow News

[…] interact. “Kids are sometimes grossed out by the things that come out of the ground,” she told Modern Farmer. “We have to teach them that it’s better like […]

I watched your show on magnolia network ? thank you !!
I face so many challenges in trying to grow things , failure happens often but I keep trying, I really hope to see more of you and your show, maybe you can give advice on yards with little drainage and lots of clay , how do I make it good for plants ?

[spoiler title=””] Raised bed and container garden. Jamill, Norman, I am new to gardening as well. My husband built me 3 3′ × 10′ raised beds on legs so I wouldn’t have to stoop over. I have arthritis. My main question is my soil. I made a mixture of top soil, black cow cow manure and peat moss. I filled all my beds with it. I have about 10 to 12 inches in depth. 1st year, My plants did well, but the 2nd year, My plants didn’t do well. It was very hot, my soil was very dry even after… Read more »