Here's what the conscience of rural America has on his mind these days. 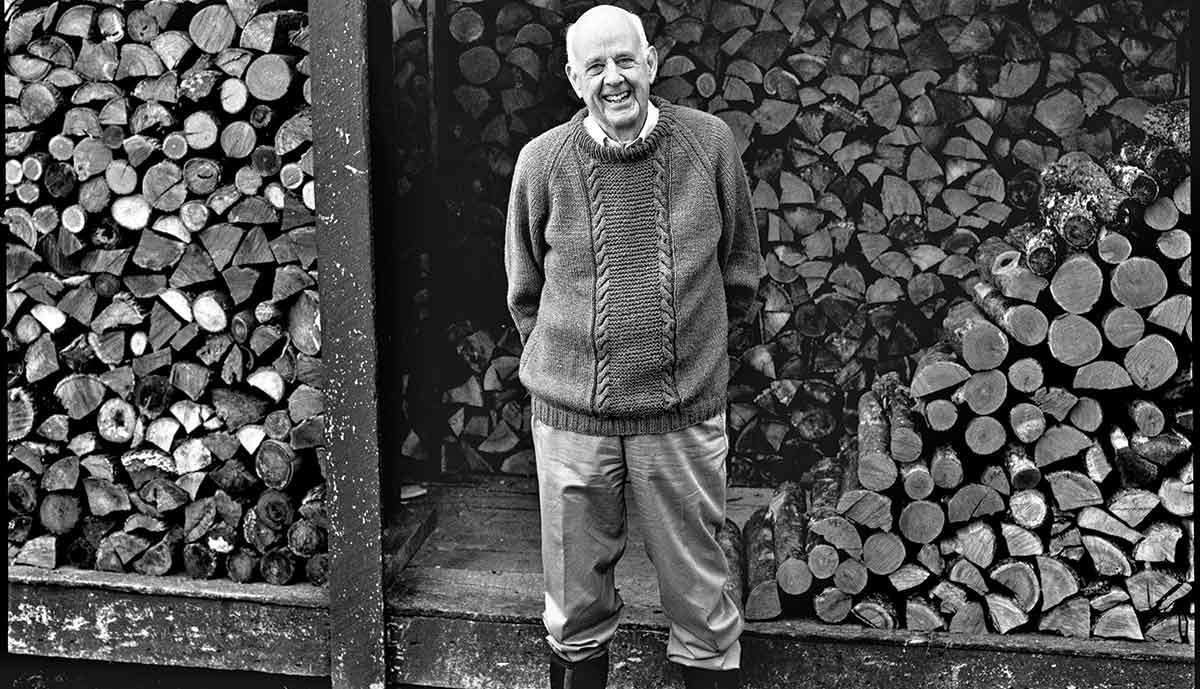 Wendell Berry is the author of more than 50 books, including Unsettling of America: Culture and Agriculture (1977) and What Are People For? (1990).
Photography Guy Mendes
Share
Tweet
Pin
Email
21K Shares

Modern Farmer: Are young people near you going back to the land?
Wendell Berry: Not as many as in the ’60s and ’70s. But we do have some newcomers to farming and to the community. I know two or three who are doing admirably. They’re not making a lot of money. They’re staying with it and learning and they’re good community members. One has a CSA. Tanya [Berry’s wife] and I subscribe to it.

MF: How old are they?
WB: Everybody looks young to me these days. Thirties and forties, I think.

MF: What is a modern farmer today?
WB: An industrial farmer. We need to say that the countryside is suffering from want of caretakers. Farming at its best was diversified and very well done. The people who did that work here are dead or gone and their children are gone. They’re being replaced by huge machines and toxic chemicals. Industrial farming leads away from and against what Aldo Leopold called the “land community.”

The responsible farmer would not own more land than he or she could know well and pay close attention to and care for properly.

MF: What should a modern farmer be instead?
WB: A farmer who has understood the dependence of agriculture on nature. The responsible farmer would not own more land than he or she could know well and pay close attention to and care for properly. Farming has to do with everything. We can’t reduce it to a transaction between a technician and a machine.

A diversified farm of reasonable size – 100 to 200 acres of good land here – to farm it well is to solve structural problems of the same nature as a novelist encounters. You have to have a spatial structure, the layout of the fields and so on, and a temporal structure that determines what comes first, what next, and so on. Such problems must be addressed by a good farmer on a good farm every day.

MF: How can you tell a good farm?
WB: The looks of it are satisfying. A good farm is recognized as good partly by its beauty: the presence of trees, grass, good livestock on the pastures. If you go up into Holmes County, Ohio, where the Amish are thriving on farms of 80 to 125 acres, you would be impressed by the flowers in the dooryards, the beautifully kept kitchen gardens, the lawns, the birdhouses, the beehives.

MF: Is the spiritual connection between farmer and farm being lost?
WB: I think that’s an immediate danger. This is dangerous territory now. I’ve been reading the Pope’s encyclical. It’s very impressive. As the issues arise, he faces them. He makes the connection between the biblical imperative and the local obligation of the farmer or land user.

The Amish, like the Pope, take the gospels pretty seriously. They’re pacifists, for one thing. Remember when the madmen killed children in their school? The Amish went straight and forgave the killer. The black people in Charleston did it too. The Amish have that capacity to take the moral imperative literally. I think they take stewardship with the same, and consequent, seriousness. They’ve asked the essential question about technological innovation: What would this do to our community, if we do it? That governs their discussion. They have done very well. They’re not perfect people. But that Holmes County example is right there to be seen, and mostly our agriculture experts don’t look at it, or can’t see it, or can’t recognize the goodness of it if they do see it.

To have your heart thus warmed is part of a farm’s income. Neighbors working together have an income that’s never booked.

MF: Do you see that connection being rebuilt?
WB: Our neighbor with a CSA was telling Tanya about his little boy who wanted to pick the cherry tomatoes, and did. To have your heart thus warmed is part of a farm’s income. Neighbors working together have an income that’s never booked.

The old way of neighborly work-swapping here involved much talk. Neighbors worked together, a matter of utmost practicality, with a needed economic result, but the day’s work was also a social occasion. Is this a “spiritual” connection between neighbors, and between the neighborhood and its land? I suppose so, but only by being also a connection that is practical, economic, social, and pleasant. And affectionate.

That whole thing of looking somebody straight in the eye and saying something – my goodness. “I love you,” right into somebody’s face, right into their eyes, what a fine thing. Who would want to miss it?

Correction: A previous version of this story stated the year Unsettling of America was published as 1982. It was 1977.