There's a lot of waste that comes from the slaughter of livestock. Here are some innovative ways it's being reused. 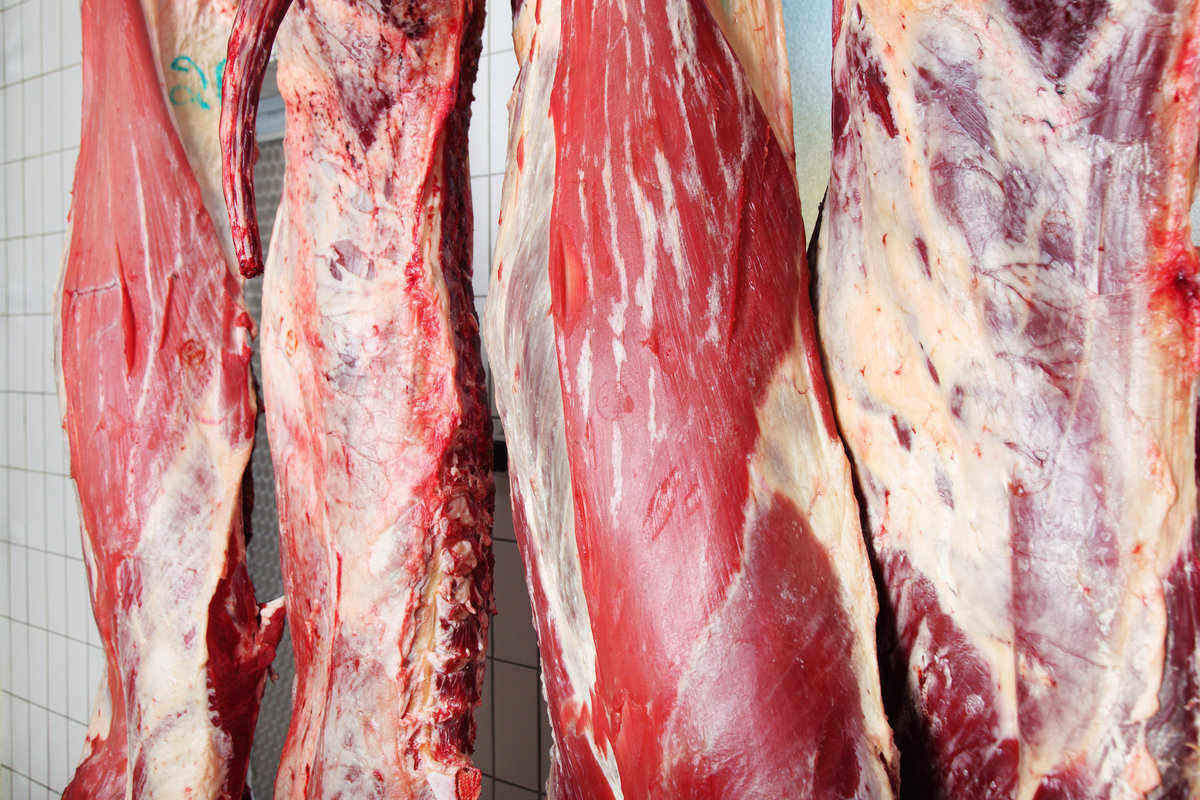 There’s a lot of waste that comes from the slaughter of livestock. Forty percent of the animal gets turned into the recognizable cuts you find at the store, while 60 percent of the animal (besides the stuff that goes into hot dogs) – things like bones, blood, connective tissue and other various parts – needs to be either recycled or tossed out, according to The Atlantic. Here are some ways people are taking those leftovers and turning them into something useful.

Researchers at the Swiss Federal Institute of Technology in Zurich have developed yarn comparable to Merino wool that uses slaughterhouse waste as the base for the material, specifically the collagen from skin, bone, and tendons. The fiber’s creators hope it may one day compete with petroleum-based synthetic fiber. Nearly 56 million metric tons of synthetic fiber was produced in 2013 alone, and the manufacture of that material (polyester, rayon, spandex, and others) is an energy-intensive process. This new (non-vegetarian?) fiber designed by Philipp StÁ¶ssel, a 28-year-old PhD student at the institute, is still in the testing stage and isn’t yet commercially available.

Something to Run On

The process of turning slaughterhouse waste into biofuel has been around for awhile, but there are some newer innovations worth a look. Scientists at the University of Louisiana at Lafayette have developed a faster and less wasteful way to convert alligator fat into biofuel. Alligator farming has been growing rapidly across the Southeastern United States, and with that comes a lot of waste – 15 million pounds per year, according to The New York Times. The new technique uses a continuous reactor instead of a batch reactor, speeding up processing, and doesn’t require a catalyst, which leads to less waste. The researchers are looking into whether other animal fats, such as chicken, pork, and beef, can be converted to biofuel through the same method.

Something to Grow On

In Kenya, a community-based slaughterhouse in Kiserian, just outside of Nairobi, is bottling biogas made from its waste, which it plans to sell to consumers at about half the cost of traditional liquid petroleum gas. The facility is also converting waste material into a fertilizer for Maasai herdsmen in the hopes of creating faster-growing grass for their grazing cattle.

There are some who argue meat production is a carbon-intensive process and merely reusing the byproducts of turning a cow into a steak isn’t really solving the problem. But slaughterhouses aren’t going away anytime soon. (In fact, meat consumption continues to ramp up in a big way.) So it’s encouraging that some waste is being reused; but it’s also a reminder that perhaps having a salad instead of a steak every so often isn’t a bad idea.