The recent surge in these communities begs the question: Has the back-to-the-land spirit of the 1960s settled down in a cul-de-sac? 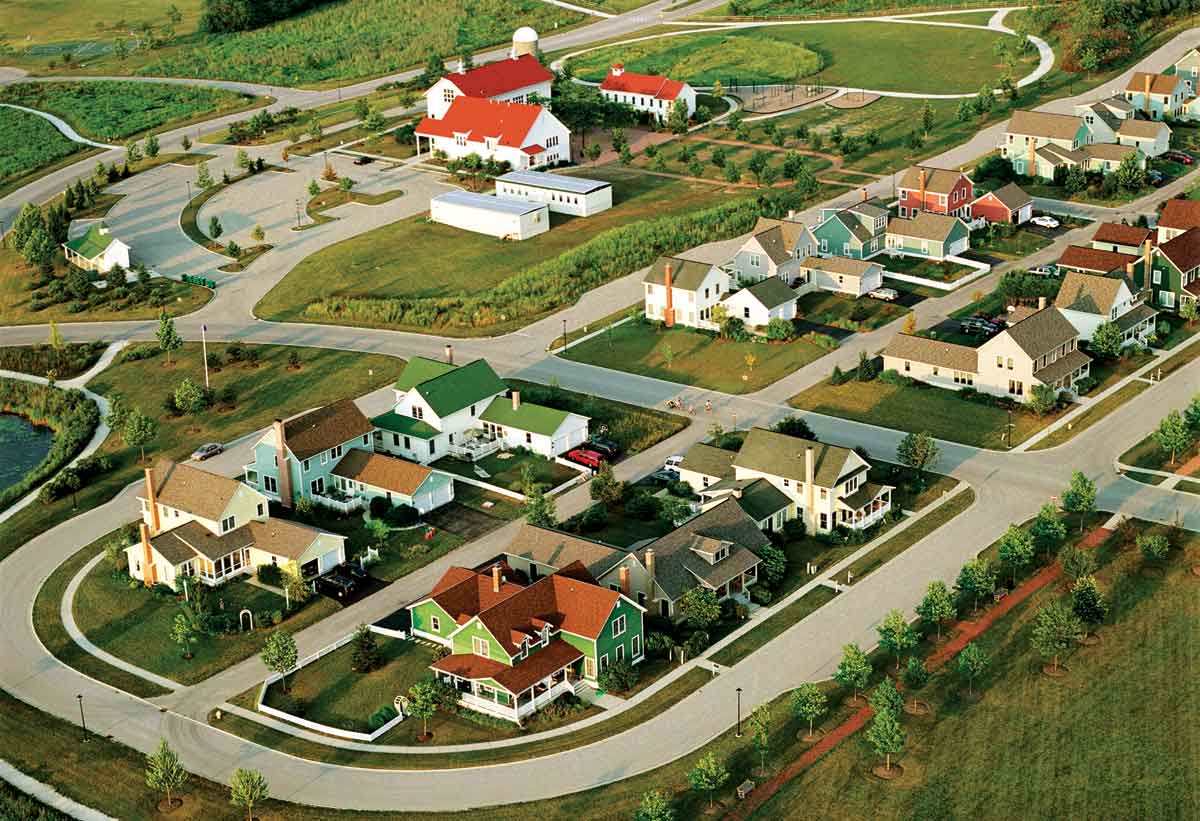 In June 1968, when I was 25, I dropped out of a Ph.D. program at the University of California, Berkeley, and, heeding the back-to-the-land siren song, moved to a rural commune in Mendocino County.

Table Mountain Ranch was a breathtakingly beautiful, 160-acre former dude ranch located at the end of a poorly maintained, 2-mile dirt road. We were mostly city kids who barely knew one end of a pitchfork from the other, but what we lacked in knowledge and experience we made up for in enthusiasm.

In its loftiest conception, Table Mountain was about community, self-reliance, and sustainability. All too often, however, pettiness, inexperience, insecurity, and selfishness got in the way – and I was not above the fray.

We learned to grow our own food, build our own structures, raise our own animals, and deliver our own babies. We also spent way too much time together; life on the ranch eventually began to feel claustrophobic, incestuous. The all-night meetings – 25 communards, 75 opinions – left everyone feeling warm and fuzzy but solved nothing.

In its loftiest conception, Table Mountain was about community, self-reliance, and sustainability. All too often, however, pettiness, inexperience, insecurity, and selfishness got in the way – and I was not above the fray. After 5 years on the ranch, I grew eager to be out in the world again.

It would be more than two decades before I was ready to take another stab at cooperative living. In 1997, my wife, Marti, and I were drawn to Village Homes, a 245-home neighborhood on 70 acres in Davis, California. The development is organized around common areas, usually consisting of eight households, which are together responsible for the upkeep of their area. The “village” also has common orchards, vineyards, and meadows, as well as an agricultural strip that borders the western edge of the property where, for a nominal sum, residents can rent garden space.

The narrow, cul-de-sac streets eliminate through traffic and minimize asphalt, which saves energy. Increased vegetation keeps Village Homes significantly cooler than surrounding neighborhoods in the blistering Central Valley, with its triple-digit summer temperatures. Passive solar construction further reduces the carbon footprint. Rainwater collects in swales that snake through the village, and since Village Homes isn’t hooked into the city sewer system, the water stays in the soil, raising the water table during the dry summer months. 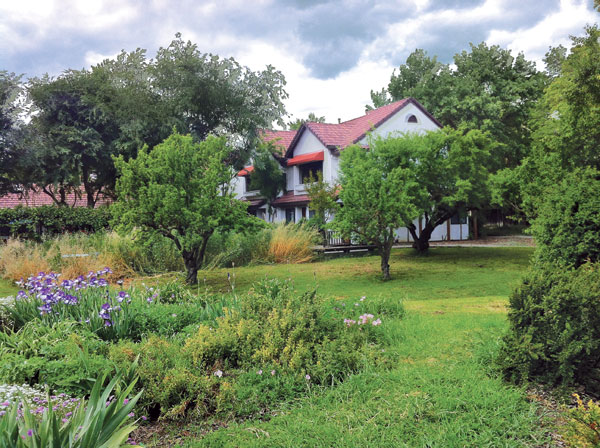 It was Table Mountain Lite, a much less intense version of communal living. And I loved it. I could go for a walk in the morning without encountering any cars and pick fruit from the peach, plum, cherry, and apricot orchards. One of my favorite events was the annual Harvest Dinner, in September, when the community would gather for a potluck meal, many of the dishes including food grown in our own gardens.

The shared aesthetic of the group we originally bonded with gradually eroded. It was simply not the same place we fell in love with many years ago.

A few years after moving in, I ran for the board of directors and ultimately became its president. From the inside, I began to see the dysfunction below the bucolic surface. Our covenants, conditions, and restrictions were outdated and unenforceable; we had at least two hoarders, whose houses inflicted visual blight on the neighborhood; there was no way of controlling the influx of visitors from outside Village Homes, particularly those who regarded our large green as a public dog park; and many homeowners
expressed indifference to any issue that didn’t affect them personally. More recently, our common-area solidarity began to unravel. Three of the eight houses changed hands, and the owners of a fourth rented out their home. The shared aesthetic of the group we originally bonded with gradually eroded. It was simply not the same place we fell in love with many years ago.

When Mike and Judy Corbett developed Village Homes, in the 1970s, it was visionary – among the first of its kind. The aim was to create an antidote to the spread of the suburbs in the years following World War II, when America changed from a front-porch culture to a backyard one, in which residents lived behind fenced-in yards and had minimal interaction with their neighbors.

As Mike Corbett recently explained, “We were creating a sense of community, because people were sharing food and working together in their gardens. And if we could grow things locally and organically, that cut out transportation and fertilizer.”

Village Homes has since inspired a slew of similar developments. One of the earliest, Prairie Crossing, began in 1987 when a group of neighbors purchased a 667-acre site in Grayslake, Illinois. The community’s still flourishing, with nearly 400 homes and a number of organic farming operations – including an incubator program for new farmers and a commercial organic farm, which runs a CSA with a dozen pickup locations around suburban Chicago. 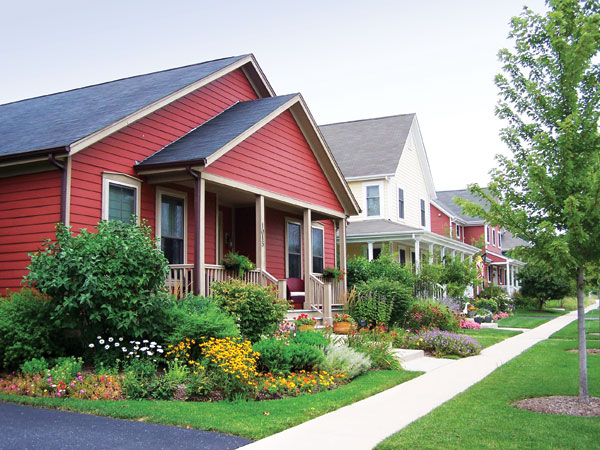 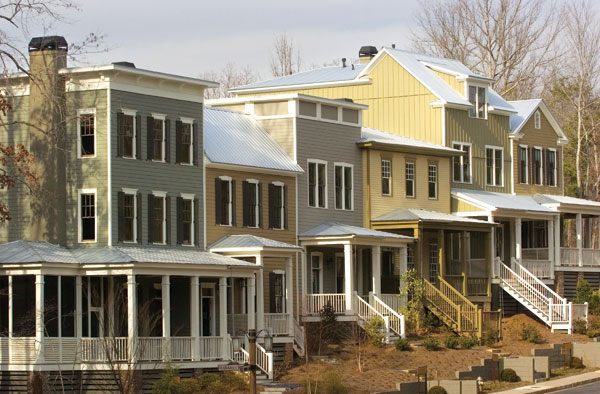 According to the Urban Land Institute, about 200 agriculture-centered developments have been built or are under construction, the vast majority since 2000, when the farm-to-table movement started taking off. Agritopia, near Phoenix, is 15 years old and more than 1,300 residents strong. All have access to a CSA supplied by a 22-acre farm on the property, and anyone – resident or not – can rent a 400-square-foot community garden plot for $250 annually. Currently all 41 plots are leased.

Outside Atlanta, Serenbe has successfully protected rural land in Chattahoochee Hill Country. The first home was built in 2004, with a total of 1,200 units planned. Housing is clustered, minimizing land disturbance from construction; there’s a man-made wetland for wastewater treatment and a farm that offers CSA shares. Though hired hands run the farm, volunteer hours give residents the opportunity to be more hands-on.

Willowsford, about 30 miles northwest of Washington, D.C., and Bucking Horse, in Fort Collins, Colorado, date from 2011 and 2012, respectively. Both boast CSAs as well as farmers markets. In early May, house prices at Bucking Horse ran as high as $1 million. At Willowsford, homes start at around $600,000. Such prices raise issues of class and privilege, and it’s easy to be cynical about basic rural activities – raising food – presented as high-end amenities. But farm-centric developments do protect agricultural land and open space most practice organic methods, and a vegetable garden is certainly better than a golf course. The trend may have veered away from true communal living; then again, privacy has its benefits. 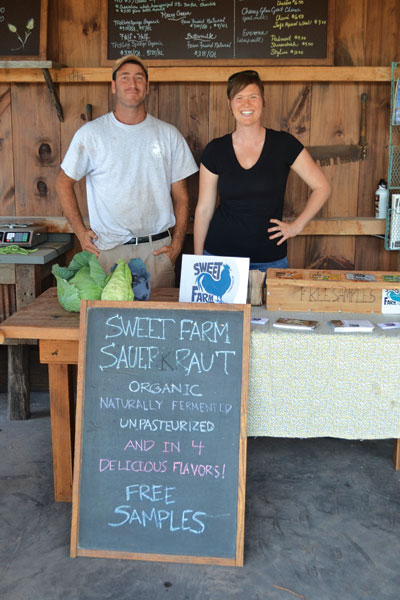 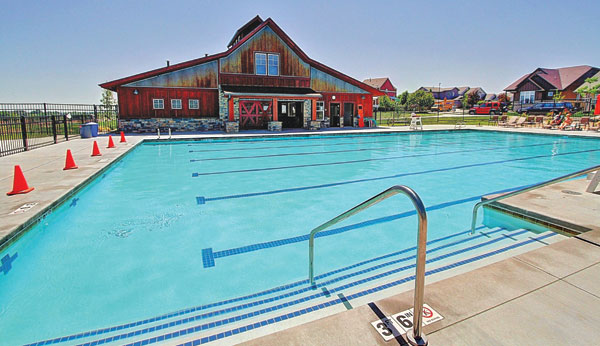 Which brings me back to Village Homes. Last year, as Marti and I were questioning our place there, we stumbled upon a 100-year-old restored farmhouse across town on a quarter of an acre. It was enchanting and irresistible and for sale, so we decided the time had come. Leaving Village Homes after more than 17 years was wrenching, of course. I miss my good neighbors, but I’m happy to be rid of the not-so-good ones. And I certainly don’t miss the politics. Perhaps the pendulum – my desire to be part of a group alternating with my need to call the shots – will swing back some day. Right now, though, Marti and I are enjoying being on our own and developing our small urban farm. We’ve planted 15 new fruit trees, giving us more than 30 altogether. We’re putting in raised beds for vegetables and thinking about chickens. All decisions are made by a committee of two.

Jay Feldman is currently working on a book about farmers markets and how they’ve changed the way America eats.

I live alone now on 200acres wife has dementia is in a full service nursing faacility she barely remembers me. Together we fenced off 4 acres of the farm for orchards gardens storage bldg.’s, Barns etc we milked cows for 20 + years make everything you see in the dairy counter at your store and canned enough meat and veggies to never go to a store at all, except for the occasional novility ,and she used the wool to make some clothing and ??? I hayed ,fed it out in winter and we occasionally had curious visitors! We started a… Read more »