Another way to calm your cows. 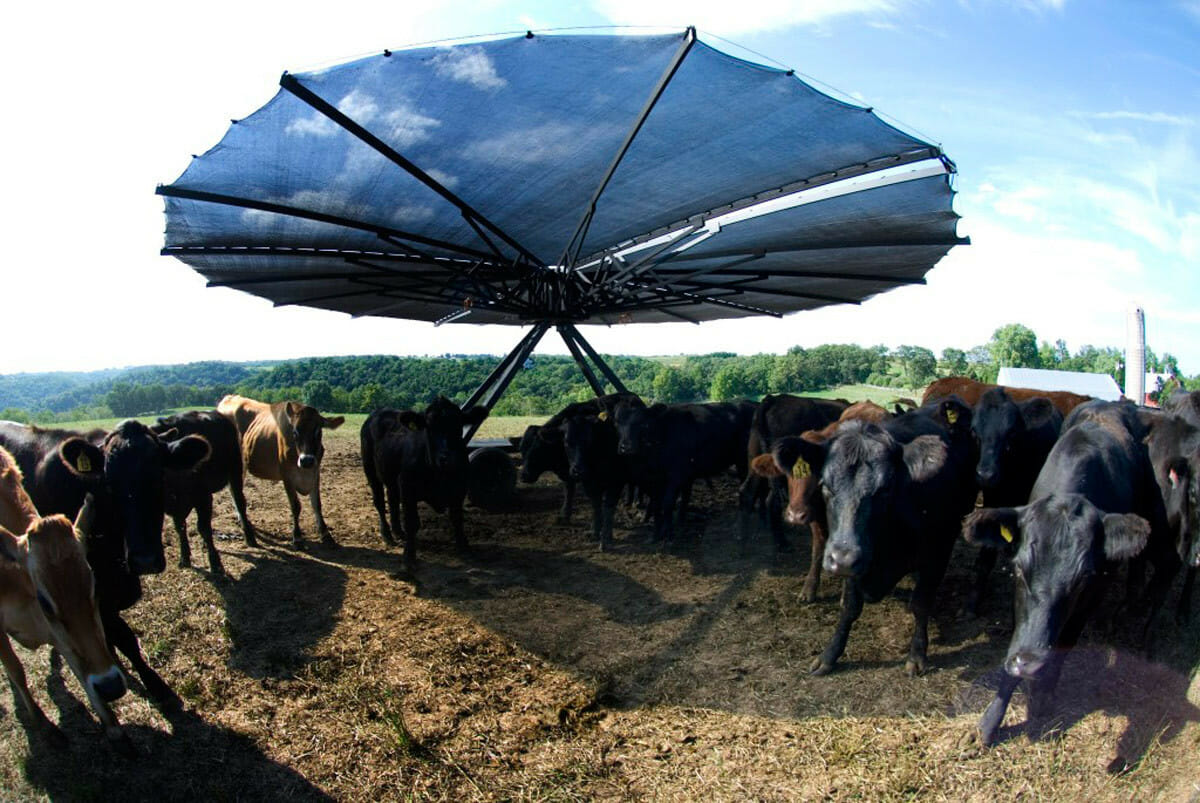 Farmer Vince Hundt has found a way to relieve his cows from the broiling Wisconsin sun: a large, pop-up canopy that shades up to 75 animals.

The Shade Haven looks like a large, chic, black umbrella. It takes about five minutes to set up and can be pulled behind a truck, car or horse. New designs can be ordered with a fly-control system, weather stations and a remote opening and closing option to quickly shutter the shade in high winds. 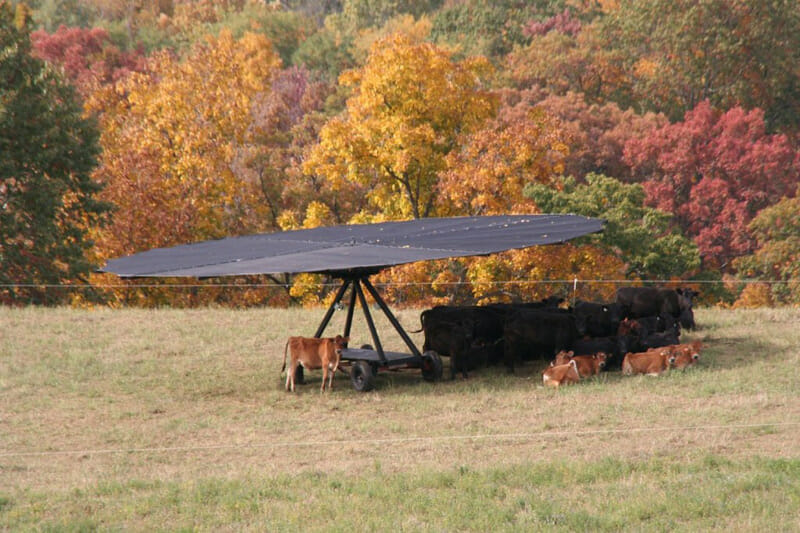 Hundt’s next big idea is to help out his fellow humans. He recently saw Shade Haven deployed over field workers picking grapes. “Instead of being out in 90 degrees in the summer light, they were working in the shade,” says Hundt. “And it looks beautiful, let me tell you.”