Say hello to Door Creek Orchard in Cottage Grove, Wisconsin. They're taking over Modern Farmer's Instagram account for a couple of weeks. Stop by and have a look! 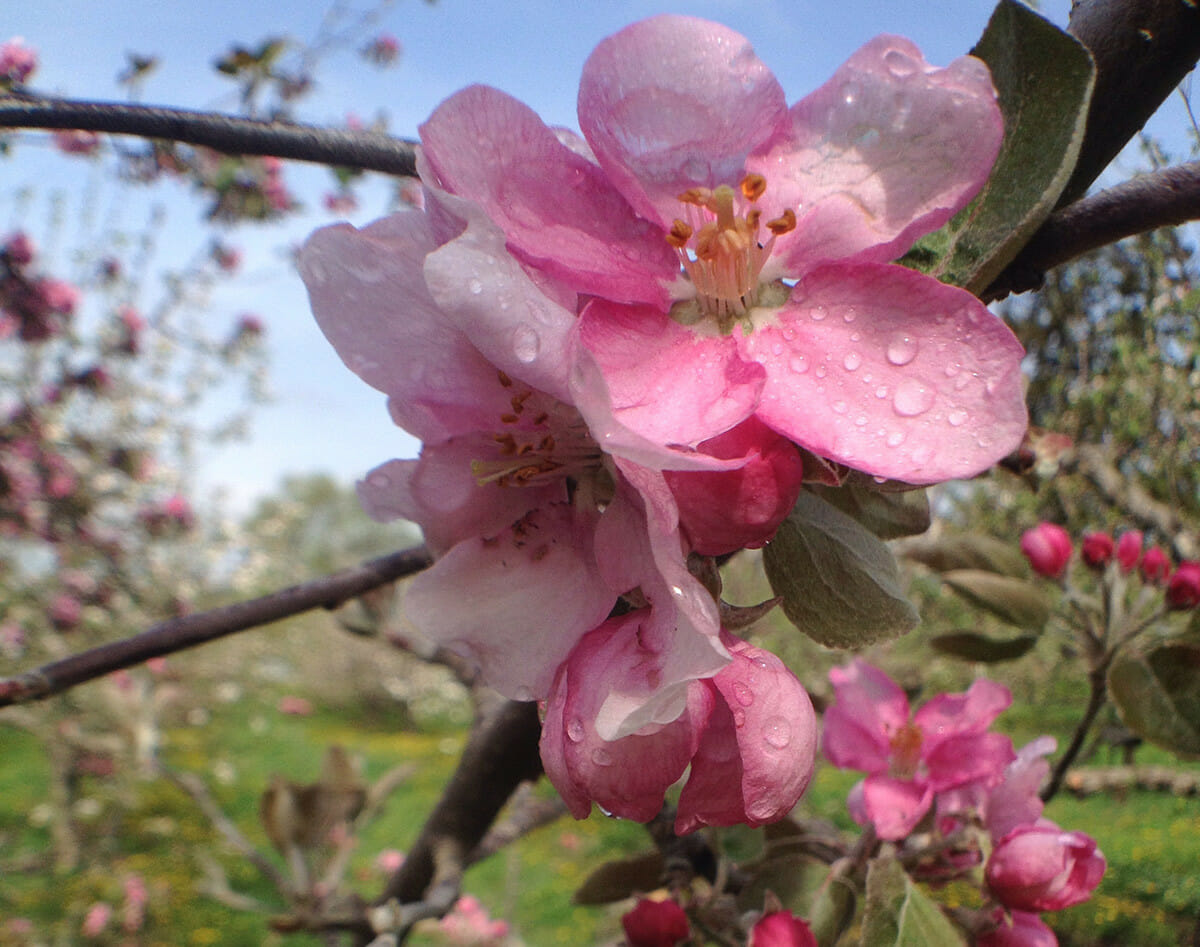 There had always been two great passions struggling within Liz Griffith: theater and her love of nature. After 15 years away from her family’s farm, during which time the 35-year-old lived in New York City and pursued her acting career, she returned to her roots to help ensure her parents’ vision for their orchard would continue.

“After living in a city for over a decade, it became clear that many people did not really understand where their food came from or how it was grown. After discovering this, I realized that I felt just as passionately about contributing to the growing conversation about sustainable agriculture as I did about sharing theatre with audiences,” she says in an email.

Her parents, Gretchen and Thomas Griffith, both 65, were high school biology and math teachers before they began farming just over 30 years ago. They wanted to get “back to the land” and were intrigued by the idea of growing apples due to the large number of varieties.

“There is no other commercially grown fruit that comes in so many different colors, flavors, and textures,” the couple tells Modern Farmer. “We wanted to open up the world of heirloom and new varieties to our customers. And now, seeing someone’s eyes light up after biting into an Esopus Spitzenburg or an Ashmead’s Kernel is the highlight of our fall.”

There was another reason the Griffiths initially chose apples. With their backgrounds in biology and devotion to sustainability, they liked the challenge of trying to grow this crop in an environmentally friendly way.

“We have always felt strongly that agriculture could and should be closely intertwined with healthy environmental ecology,” they say.

And, of course, there was the added benefit of raising their family in a rural setting where they were exposed to the natural world on a daily basis.

The operation is run by Liz and her parents, with help from Liz’s husband, Noah Ovshinsky, 36, who is a full-time employee of Wisconsin Public Radio, but is learning the ropes of farm work. They also employ 25 part-time seasonal workers.

Their 80-acre farm now boasts 85 varieties of apples, with more on the way, plus nine grape varieties and 10 types of pears. They also have been raising Black Welsh and Chocolate Welsh Mountain Sheep for wool and meat for 14 years. The farm dates from the 1860s, when it was a Norwegian homestead and dairy operation. The Griffiths have protected the property’s wetland, planted a long-grass prairie, and have worked to increase the population of native pollinators, among other improvements.

“Our focus for our customers has been to provide quality, sustainably grown apples they may be unable to find elsewhere, in addition to providing an accessible way to enjoy nature. We are an escape from busy, urban life,” the family tells Modern Farmer.