What Plants Talk About

According to some scientists, plants are talking all the time. We just need to understand their language. 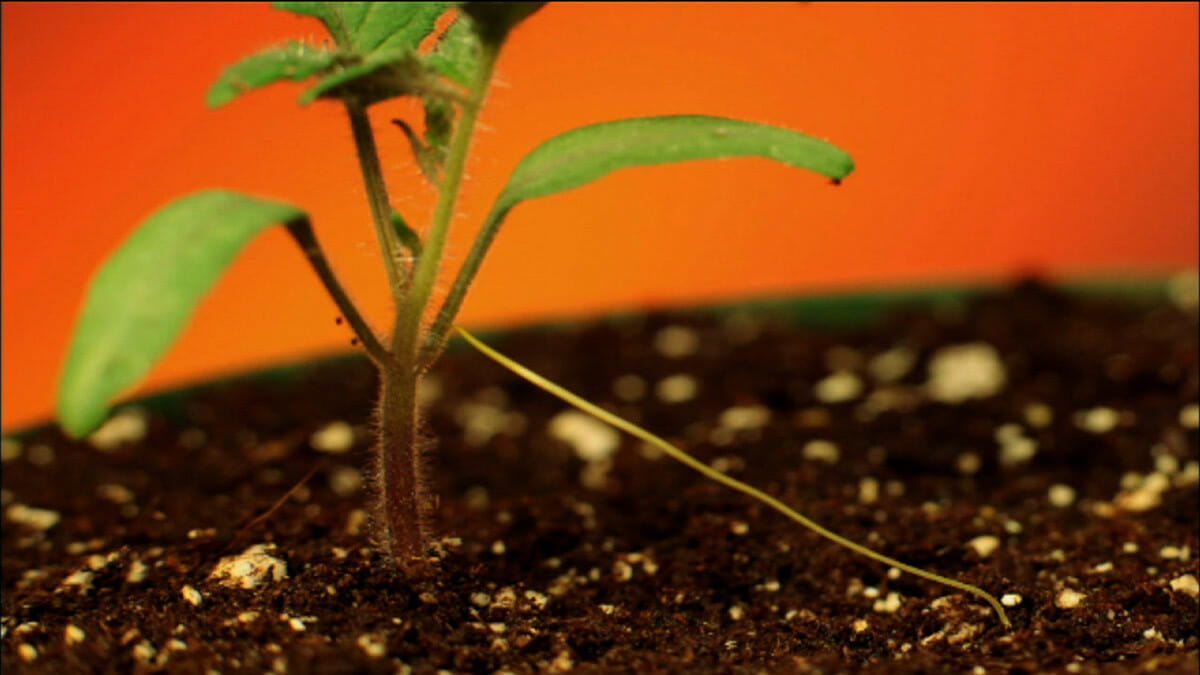 Once we do, we may discover that plants routinely exhibit animal-like behavior. What if, as some research indicates, they communicate with each other and their environment? Perhaps plants hunt, scream, share and nurture their young, just like members of the animal kingdom.

That’s the fascinating premise behind the 53-minute documentary Nature: What Plants Talk About, an episode of the acclaimed PBS series now streaming on Netflix.

In doing so, he raises the stakes: Will this documentary convince us that plants are social creatures?

Plants are incapable of hunting or foraging for food, right? Watching a rootling search out nutrients via time-lapse photography might change your mind.

Like leaves that grow toward the source of light, underground time-lapse footage reveals that young roots actively seek out and grow toward the most nutrient-rich soil, a process that looks eerily like an animal sniffing for food.

A parasitic dodder vine – nicknamed Count Dracula of plant world – lives off a host plant. Once it sprouts, it has only 72 hours to find its victim. So how does it find a host? The answer: It uses something akin to a sense of smell.

Any skeptics who think plants can’t smell should watch this vine tendril twirl around in the air in search of a host plant. Further experiments show that not only can the dodder vine sniff out tomato perfume, but it selects the source with the most concentrated odors.

Speaking of smells, consider the aroma of a sliced tomato, cut flowers, freshly-mowed grass and many other natural scents we cherish.

What our noses don’t know – and what might trouble a few vegetarians – is that these odors are the plant equivalent of a scream. Plants release this scent as a chemical SOS when a plant faces danger or injury.

The wild tobacco plant, for example, uses several defense mechanisms to fend off environmental threats. It releases a toxin that instantly poisons most herbivores munching on its leaves (if you guessed that the toxin is nicotine, you’re right).

Should the toxin fail, the plant “screams” for help by releasing a scent that attracts predators to come devour these pests. In this case, the enemy of its enemy is definitely its friend.

Its most amazing defense, however, is the ability to grow different flowers that attract different pollinating species. It can actually stop “talking” to hawk moths and grow new flowers that essentially draw in hummingbirds. This ability to switch pollinators is a surprising new discovery.

A plant’s evolutionary arsenal is far more complex than an animal’s, the biologists contend, because it is immobile. Plants evolve ingenious mechanisms to survive drought, pests and predators.

It appears that the plant world might have its own set of social rules. Invasive species ignore these rules, which make them the bullies of the plant world. They engage in a kind of turf war with other plants that is rare in the “live and let live” spirit of cooperation exhibited by most plants.

Such territorial battles have real-world consequences. For example, spotted knapweed has invaded livestock grazing land in Montana. The filmmakers interview ranchers who describe the threat and hardship caused by the knapweed encroaching on their property. It illustrates understanding plant behavior isn’t simply an academic exercise. Fortunately, a strain of wild lupen can launch a chemical counterattack that not only protects it from knapweed, but altruistically shields neighboring plants.

Like a herd of elephants, plants appear to recognize their kin and are more protective of relatives as compared to non-related members of the same species. An experiment conducted in a Douglas fir forest shows that plants not only share resources, they are more likely to direct them toward their offspring. It’s convincing evidence that nurturing may not be limited to the animal kingdom.

Nature: What Plants Talk About is both thought-provoking and highly watchable. The time-lapse photography is fun, the examples are compelling and the premise is definitely intriguing. The research presented may be new, novel and not yet wholly embraced by the scientific community, but it definitely sparks the imagination. The jury is still out on what plants talk about – but this one is likely to get a few viewers to talk about plants.

Where to Watch: Streaming now on Netflix and free on PBS (though some comments indicate that the entire program was not viewable)

Images via PBS Nature: What Plants Talk About.