How To Build a Cold Frame with Straw Bales

The bales are also good for stacking into play forts, but this time of year, when nights are still cool and the vegetables of summer are calling to be planted, straw bales suffice as building material for a tiny greenhouse, also known as a cold frame. Like a greenhouse, a cold frame gives you a […] 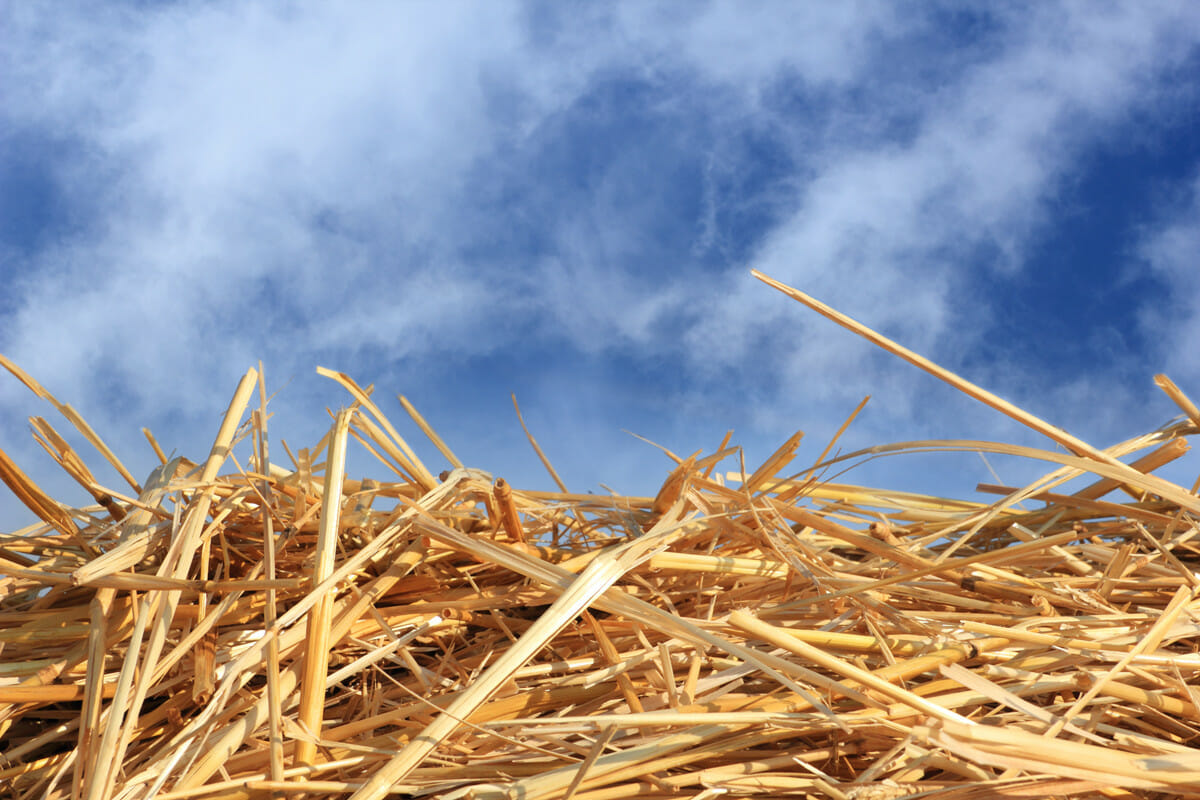 The bales are also good for stacking into play forts, but this time of year, when nights are still cool and the vegetables of summer are calling to be planted, straw bales suffice as building material for a tiny greenhouse, also known as a cold frame.

Like a greenhouse, a cold frame gives you a head start on the growing season so tomatoes, peppers and other vegetables that shiver when the temperature drops below 50 degrees (and keel over when it drops below 32 degrees) have the sauna-like conditions they prefer, even when it’s cold outside.

The concept is simple: the bales are used as an insulated wall and a couple of old window frames make a roof that lets the sun’s rays through, but prevents heat from escaping.

If you want, build your cold frame over an existing garden bed and plant directly into the soil, or build it on any level patch of ground and place flats of potting soil inside for starting summer seedlings.

*Straw bales, which are made with just the stalk of the grain, are preferable over hay bales, which include the seedhead of the grain and are intended as animal fodder, not building material.

Step One – Arrange the Bales

Determine which direction is south (hint: it’s at the midpoint between where the sun rises and where it sets) and arrange two bales lengthwise facing that direction. Then place a bale on either end in a perpendicular position to form a three-sided structure. These two bales should be placed so they rest on their skinny side, making them taller than the first two.

This is optional, but a good idea if you want the most airtight and secure cold frame. If you are only using the cold frame for a couple of months, you can skip this step. You may need a couple of friends to help with this part. Slide a big handful of loose straw between the two rear bales to fill in the gap where they meet as if you’re chinking the logs of a cabin. Then have two people push the bales toward each other while you pound a rebar stake through each side of the two bales to hold them in place. Add more straw between the side bales and rear bales, if needed.

The windows function as a lid to provide access to the plants inside the cold frame, as well as to provide ventilation so the plants don’t overheat. When the sun is shining, the temperature inside a well-sealed cold frame may be twice the ambient temperature. In sunny weather, prop the windows open a few inches whenever the temperature goes above 40 degrees. If temps are above 50 degrees, remove the windows entirely and return them to the closed position as the sun sets, trapping the heat inside. During early spring, the lid of the cold frame will generally be open during the day and closed only at night.