Magical, science-y apples that won't brown, coming to store shelves near you. 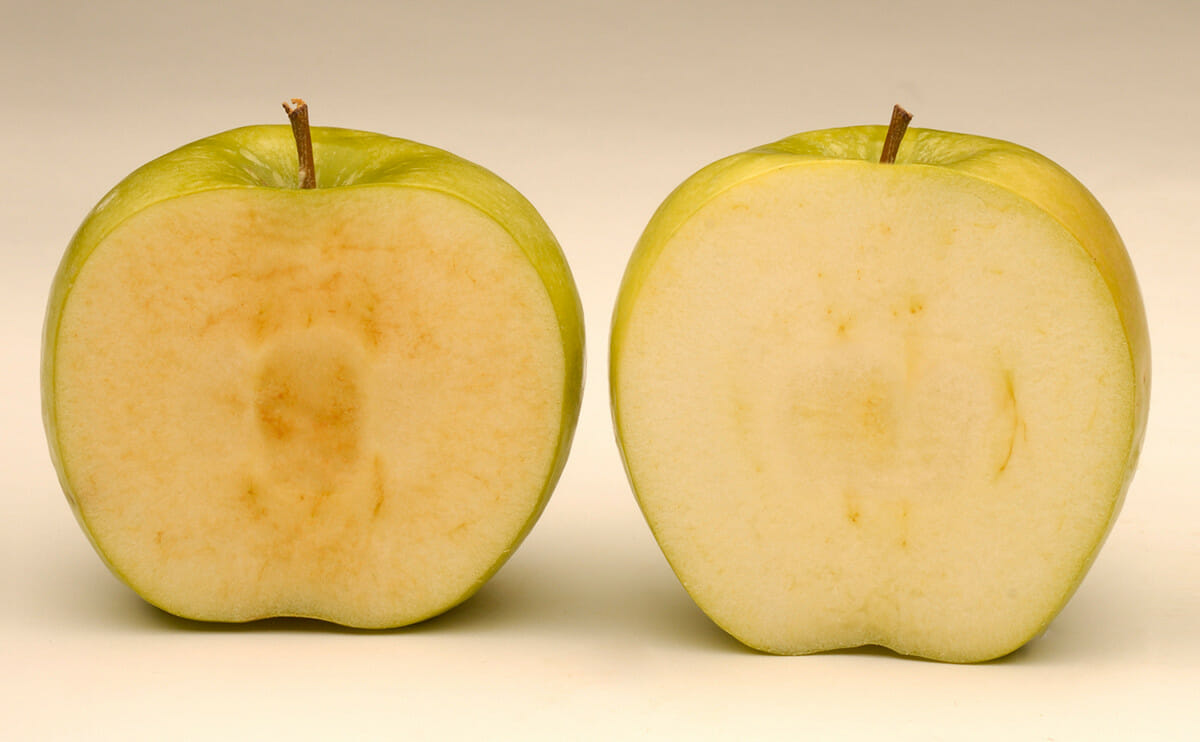 When people think of genetically modified foods (or GMOs, the O standing for organisms), a common thought is of beastly, unnatural items: basketball-sized fruits that won’t spoil, pigs with chicken hearts, who knows! Scary stuff! But typically the real reasons to go into the DNA are much more mundane. Take the six new types of GMO potatoes and two new types of GMO apples that the FDA approved for consumption last Friday: they look just like regular produce! Except they won’t brown after you cut them.

Arctic Apple, which we’ve covered before, is the brand name for the two varieties of apple that have just been approved. You’ll be able to get either a Granny Smith or a Golden Delicious version, both of which have been modified to remove the enzyme that turns an apple brown after it’s been exposed to oxygen in the air. The enormous agribusiness corporation J.R. Simplot is responsible for the potatoes, which will be marketed under the name Innate and have been modified in a similar way – except with the addition of reducing acrylamide, a substance that shows up when you fry potatoes for chips or french fries and that may cause cancer (nobody’s quite sure yet).

The FDA is generally pro-, or at least not anti-GMO, and noted in Friday’s announcement that “people have been modifying plants for thousands of years through breeding and selection.” The agency also stated that after researching the new apples and potatoes, they are confident in stating that the produce is “as safe and nutritious as their conventional counterparts.” That means they’re safe to sell, though it’ll be up to the states to regulate further (Vermont, for example, wants mandatory labeling on all GMO products.)

The debate over GMOs isn’t likely to end with this announcement, but it does mark a new chapter: these are easy-to-understand modifications, and they’ll be available on store shelves. Whether people will buy them is yet to be seen.

GRAS, no thanks. I do not want designer food.