Everything You Need To Know About Nanopesticides - Modern Farmer
Plants, Technology

Everything You Need To Know About Nanopesticides

What will happen when the first nano-formulations of pesticides quietly make their way onto our agricultural fields? 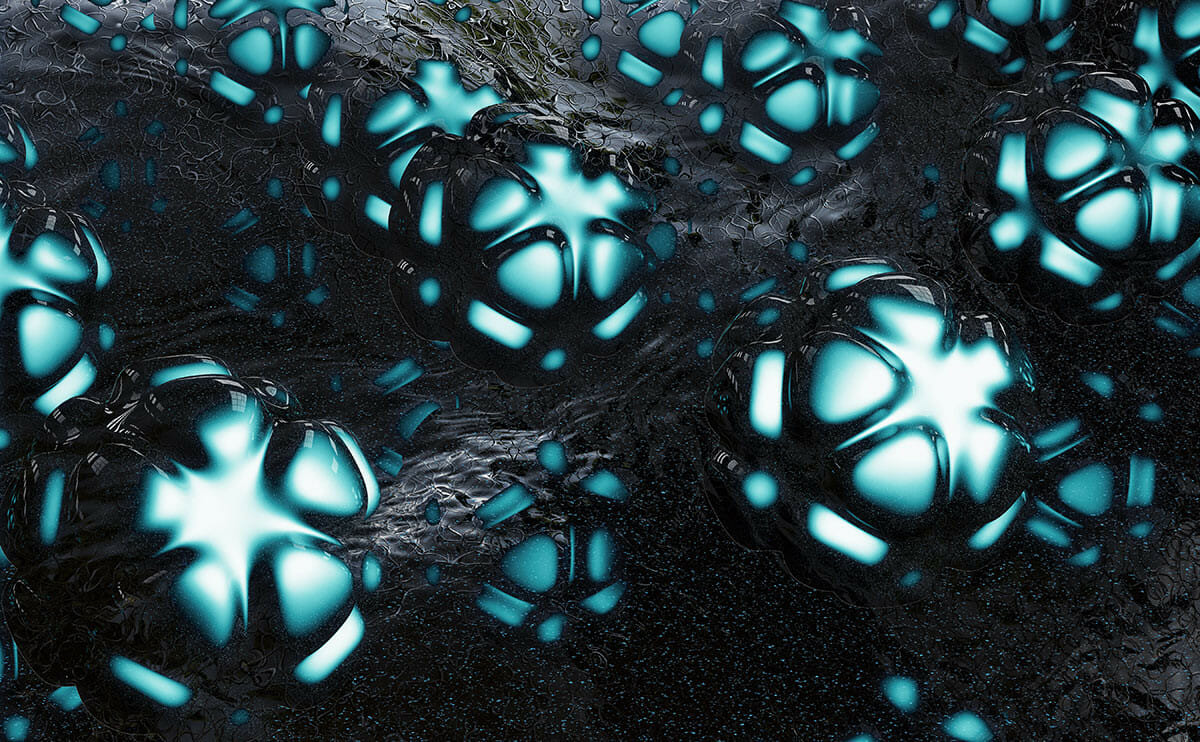 Rather, it’s Harper’s work in the laboratory that links her to the soil.

A scientist at Oregon State University in Corvallis, Harper is doggedly researching tiny, human-made substances called nanoparticles, with the goal of identifying which will be a boon and which a bane for farmers, consumers and the environment. Nanoparticles, which are the size of molecules, are already used in everything from sunscreen to biomedical devices. Their minuscule size makes them efficient, but also unpredictable. That’s what worries Harper: The first nano-formulations of pesticides are quietly making their way onto agricultural fields, and she wants to know what happens next.

An engineer as well as a toxicologist, Harper holds a unique perspective. She believes nanotechnology could help revolutionize farming just as it has medicine. But she sees the potential as well as the risks of nanopesticides. “I think the vast majority of nanopesticides will not be toxic” — or, at least, no more toxic to non-target organisms than current pesticides, says Harper. “We just need a way to identify that handful that may be hazardous.”

By shrinking the size of individual nanopesticide droplets, there is broad consensus — from industry to academia to the Environmental Protection Agency — that the total amount of toxins sprayed on agricultural fields could be significantly reduced. Smaller droplets have a higher total surface area, which offers overall greater contact with crop pests. As well, these tiny particles can be engineered so that, for example, a physical shell called a capsule can better withstand degradation in the environment, offering longer-lasting protection than conventional pesticides. But that shell can alter what had been predictable physical properties, such as how soluble the pesticide is in water.

And Harper is also well aware that the unique physical properties of the nano-scale call into question the particles’ environmental fate. Once they’re sprayed on fields, will they clump on crops or slide through the soil into water bodies? Most worrisome, Harper wonders whether they will be readily taken up by organisms that aren’t pests (such as bees or fish), and how long they will persist in the environment — properties that could radically change with size. “We just don’t know,” she says.

“The potential for nano-enabled pesticides is unbelievable, but it’s still a dream at the moment,” says Sonny Ramaswamy, director of the USDA’s National Institute of Food and Agriculture. And the dream goes beyond pesticides. He describes plans for nano-sized sensors that can detect low nitrogen and send a message to a farmer’s cell phone or nanosensors in plastic food packaging that lights up when it comes into contact with listeria or salmonella. “The concern is that there might be unintended consequences associated with nanoparticles — that’s the big question being looked at by federal agencies,” he adds. “People like Stacey Harper are providing that yeoman service in making sure we are addressing any potential unintended consequences.”

“The potential for nano-enabled pesticides is unbelievable, but it’s still a dream at the moment.”

Harper remembers the first time she heard the term “nanotechnology.” It was a decade ago during a meeting at the U.S. Environmental Protection Agency in Las Vegas, where she worked as a postdoctoral student. Her team was tasked with assessing the health risks of nanomaterials. “The big discussion was ‘what are they and why are we concerned about them,’” she recalls.

Intrigued, Harper dove all-in, focusing initially on biomedical applications such as gold nanoparticles used to target drug delivery (one of the first products that adopted the technology). Eco-conscious companies were soon flooding her lab with products — ranging from sunscreens to acne medicine to compounds that fight methicillin-resistant Staphylococcus aureus (MRSA, a flesh-eating bacteria) — for feedback on safety. She soon realized that with this new technology, an infinite number of nanoparticle types could be created, and that traditional risk assessment approaches, which would test individual nanoparticles, weren’t going to keep up with the challenge. “It’s really about figuring out what physical or structural properties would make one nanoparticle toxic compared to others,” she says.

Finding these answers has been anything but easy. One problem is a lack of funding. Over the last 13 years, the U.S. government has funneled billions into the National Nanotechnology Initiative (NNI), a coordinated R&D program that spans 20 federal departments and agencies and aims to spur nanotechnology across sectors. In 2008, the NNI took an unprecedented step and also began funding environmental health and safety research. “The need to assess new technology risks is one of the lessons learned from the GM (genetic modification of food) backlash,” says Harper. So far, however, the small fraction of this money available for risk testing has focused largely on workers who may inhale nanoparticles.

Scientists realized they needed faster, more efficient ways of assessing the risks of nanoparticles. Harper, for example, developed a test to assess the toxicity of nanomaterials on zebrafish, an aquatic version of a lab rat, one that can inform impacts to human health as well as the environment. Ramaswamy calls it “a really cool model system.”

“Of the hundreds of nanotech compounds we have tested, only a few are raising red flags,” Harper says. “It often boils down to whether the particle’s surface chemistry has an overall positive charge,” meaning, for example, that they could be attracted to negatively-charged cell membranes if they got into the human body. To keep track of the trouble-making nano-features, she helped create an international database of the physical structures and their toxicity. The goal is to determine which nanoparticle designs should be avoided, then share that information with industry.

It was Harper’s husband and current lab manager, Bryan, who turned her attention to the environmental impact of nanopesticides. Years ago, he worked at the National Pesticide Information Center (NPIC), a federally funded hotline housed on OSU’s campus that handles the public’s questions about pesticide health risks. Bryan was caught off-guard when calls starting coming in seeking information about the environmental risks of nanosilver, the first nanopesticide to hit the market. It’s an anti-bacterial compound used in a wide range of consumer products, from clothing to dietary supplements.

Naturally, he asked his wife for input. She couldn’t find anything on the risks in the scientific literature. “The environmental fate of nanopesticides is a big, black hole,” says Bryan. To help fill that void, Harper and colleagues recently received funding to determine how first-generation agricultural nanopesticides would move through soil and water, and whether they could inadvertently harm fish or bees.

To test these scenarios, Harper created “nano-sized ecosystems” to test how these compounds move through their environment and interact with fauna. In her lab, for example, plastic containers holding only a few grams of soil are poised above quarter-sized containers holding embryonic zebrafish. The team applies pesticides to the soil and then records the number of deformities in the zebrafish embryos. Harper’s OSU colleague, Louisa Hooven, will soon begin an experiment to see whether aerial sprays of nano-pesticide formulations will effect how bees transport pollen to their hives. The team expects to publish their findings by the end of the year.

But testing is not as easy as it sounds. Since the active ingredient in any given pesticide will likely be an already-approved chemical, pesticide companies don’t have to test a nano-sized version. Harper has run into enough walls that she doubts pesticide companies will voluntarily share their compounds, or even whether or not their products contain nanoparticles.

So she started pulling agricultural pesticides off the shelf to see if any already contain nano-sized particles, which, by definition, would make them nano-enabled pesticides. “Stacey is tenacious,” says NPIC director David Stone, who co-authored a 2010 paper with Harper laying out why “business-as-usual pesticide registration” won’t work at the nanoscale. “She’s got a lot of horsepower and creative ideas,” he says, adding that she’s one of the few researchers that will test products already on the market.

An initial scan revealed that 90 percent of the dozen pesticide products Harper and her colleagues have tested contain particles in the nanoscale range. Now she has to determine whether the nanoparticles are an active ingredient, a chemical stabilizer or simply a benign component that’s been in pesticides all along, unseen until recently.

“The environmental fate of nanopesticides is a big, black hole.”

“There is very little environmental fate and transport testing of nanoparticles being done,” says Jennifer Sass, a senior scientist focused on regulation of toxic chemicals at the Natural Resources Defense Council. “It’s expensive research, and where companies may have collected some environmental monitoring data, they don’t have any interest in making that information public,” she adds.

But Harper knows it won’t be long before manufacturers move beyond simply shrinking pesticides into nano-formulations. She expects to see multifunctional nanopesticides — for example, products equipped with biosensors able to detect pests before releasing the active ingredient — within the next 10 years. The speed with which the technology is advancing only bolsters her determination to answer these questions quickly.

Traveling over the hills from Alsea to the Willamette Valley each morning, she and her husband sometimes get a pungent reminder that their research could help find sustainable ways to reduce the need for so many sprays. “We can smell the fungicides and pesticides being applied to fields,” she says. “The more time you spend enjoying the beautiful country around here, the more you want to protect it.”

This story was produced by the Food and Environment Reporting Network, an independent, nonprofit news organization focusing on food, agriculture, and environmental health.

Popular
7 Smokable Plants You Can Grow That Aren’t MarijuanaBrian Barth
New Solar Panels Allow Farmers to See the LightNaoki Nitta
6 Differences Between Llamas and AlpacasAndrew Amelinckx
Goat Sex: Everything You Wanted to Know But Were Afraid to AskAndrew Amelinckx
5 Differences Between Hens and RoostersShelby Vittek
Explore Modern Farmer
Related
Environment, Labor, Water
California Farms and Farmworkers Attempt to Recover From Record FloodsNaoki Nitta
Aquaculture, Technology
Can Interactive Mapping Tools Guide Shellfish Restoration?Bridget Shirvell
Food Waste, Opinion, Politics, Technology
How Solar-Powered Refrigerators Could Cool Down Climate ChangeAbay Yimere
MTMF, Plants
This Modern Farmer Wants You to Grow a New Potato StrainBevin Cohen
wpDiscuz
We use cookies on our website to give you the most relevant experience by remembering your preferences and repeat visits. By clicking “Accept”, you consent to the use of ALL the cookies.
Cookie settings ACCEPT
Privacy & Cookies Policy