Is salt terroir (or merroir, in the case of sea salt) really a thing, or is it just food-world nonsense? 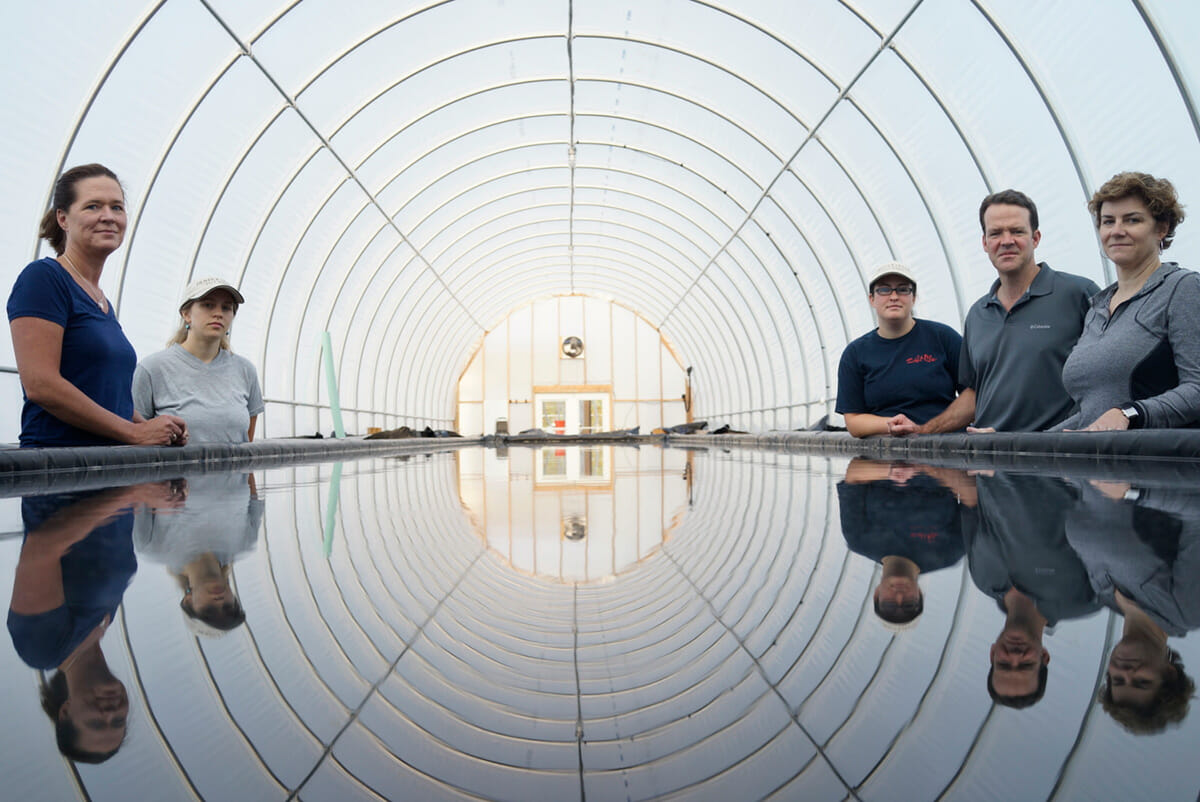 Terroir has left the vineyard.

The French concept of terroir has long been a cause célÁ¨bre in the wine world. But today the term, which describes the singular taste imparted by a product’s environs, turns up when discussing everything from cider to maple syrup.

Salt lovers get ready: A new breed of entrepreneurially minded salt farmers – from Martha’s Vineyard to the Philippines to West Virginia (see sidebar) – is looking to their own backyards.

What Vogue food critic Jeffrey Steingarten called “salt chic” over a decade ago has gone mainstream. Global salt hotspots – France’s fleur de sel, Britain’s Maldon, Himalayan pink salt and a handful of others – are big sellers. This year, global gourmet salt sales are estimated to top $250 million, and the market is expected to grow by over six percent between 2014 and 2019.

But is salt terroir (or merroir, in the case of sea salt) really a thing, or is it just food-world nonsense?

Marjorie O’Malley and her family are salt farmers on secluded Achill Island, off Ireland’s western shore. They harvested their first batch in 2013, boiling seawater (which O’Malley, an accountant by trade, believes to be superior due to wild island winters that “churn and aerate the waters”) on their kitchen stove. Thus, Achill Island Sea Salt was born. Sales are growing weekly (roughly $3.80 buys a little over two-and-a-half ounces) and they’ve moved production into a small commercial kitchen. Ultan Cooke, chef at Western Ireland’s Michelin-starred restaurant Aniar, says, “It has a flavor in its own right, which goes well with fish and, especially, lamb.”

Traditionally, this flavor is what many salt producers avoided; in its pure form, salt – sodium chloride – is strictly a flavor enhancer. “The goal of salt-making was always to make all salt the same and make it all pure white,” says Mark Kurlansky, author of “Salt: A World History.” Until the 20th century, Kurlansky says, many different salts were produced, but when mechanical evaporation took hold, the dream of a reliably pure salt was realized. But the gourmet food movement changed all that. “I guess people got bored with it, so now they want to go back to having basically all these flawed salts,” says Kurlansky, no booster of snooty salt.

Two factors inform salt’s flavor: the shape of the crystal and impurities retained through minimal processing.

“There’s gunk in there,” says Benjamin Wolfe, assistant professor of microbiology at Tufts University. Two factors inform salt’s flavor: the shape of the crystal and impurities retained through minimal processing. The presence of microorganisms can also affect the flavor of some foods. Microbes weren’t thought to live on salt until recently, as its hostility to bacterial life is what makes it an excellent preserver. Wolfe says scientists are “changing our thinking on what salt is and the nature of salt” as they look at how minimally processed versions can serve as “vectors of taste” in fermented foods; in South Korea, scientists have studied the use of Korean sea salt in kimchi.

Impurities – “phytoplankton and bacteria and little bits of dirt,” Wolfe says – can also impart distinct qualities that are more readily apparent. For example, France’s beloved gray salt gets its distinctive color from the salt pans on which it dries.

Impurities and microbes are nothing to worry about “if you’re going to put it on scrambled eggs right away,” says the appropriately named Morton Satin, self-described “salt guru” and vice president of science and research at The Salt Institute. Added to a dish right before serving, microbes don’t have time to grow their numbers. Even in fermented foods, you’d have to consume mountains of salt to ingest a notable number of microbes. “The amount of salt you would be eating would be a bigger problem than a microbial cell or two,” Wolfe says. In fact, the kimchi study speculated that natural sea salt actually encouraged cancer-fighting microorganisms.

Ben Jacobsen, who founded Jacobsen Salt Co. on the Oregon Coast in 2011, is a merroir believer. He tried seawater from 30 different locations before finding one that produced the flavor he liked: “very briny with no bitter aftertaste.” (Chef Matt Abdoo of New York’s culinary temple Del Posto says the salt “has a clean flavor with a fantastic textural component.”) But local isn’t enough, Jacobsen says, unless you back it up with quality. Of the dozen or so small salt farmers he’s aware of in the U.S., he says, “A lot of the salts are good, but a lot of the salts are very, very average.”

Still, the promise of truly high-quality, local salt has plenty of salt lovers excited – if the subtle flavors aren’t obvious, the connection to a local producer is. It’s just not for the faint of heart. “If you’re a purist and you’re really trying to have consistency,” Wolfe says, “I think you’re going to go with the Mortons.” As for the rest of us, anyone worth her salt knows fortune favors the bold.

The Dickinson family has been on the Appalachian Mountain land that houses J.Q. Dickinson Salt-Works for about 182 years; the salt has been there for about 400 million. It comes from the dried remains of the Iapetus Ocean, an ancient sea deep beneath what is now Malden, West Virginia, where Nancy Bruns and Lewis Payne launched JQD in 2013.

The siblings are seventh-generation salt farmers with an asterisk: JQD is named after the salt farm that their great-times-four grandfather started in 1832 – when the state’s Kanawha Valley was a salt-making powerhouse – but that farm shuttered in 1945. Bruns knew about the old family business and wondered if the area had run out of brine. No, her husband said, there’s plenty. “I think I need to be making salt,” she told him.

Bruns, 48, a former chef, and Payne, 44, a former attorney, pump the subterranean brine – freshwater from a spring that dissolves the salt stores – up through a 350-foot well and into a sun house, where it evaporates in shallow beds. The brine then travels to another sun house where it crystallizes until it can be harvested, dried, cleaned and packaged; each batch takes about a month. Salt from underground aquifers is rare – although Bruns and Payne say that the practice is common in a remote area of Peru – but the result, Payne says, is a more consistent flavor than that of salt derived from ocean water.

They have over 80 clients for the finishing salt, including chef Sean Brock. They run a more boutique operation than their forebears, but they’re happy to be back in the family business. “That’s been the most rewarding part, to learn how the business worked, how difficult it was,” Payne says. “To be a part of that timeline is a great feeling.”

Top: Siblings Lewis Payne and Nancy Bruns, owners of JQD Salt-Works in West Virginia, stand with members of their team in the evaporation sun house.