Hospital's chef and his farm-to-bed cooking that will allow patients to enjoy the food as if they're at restaurants. 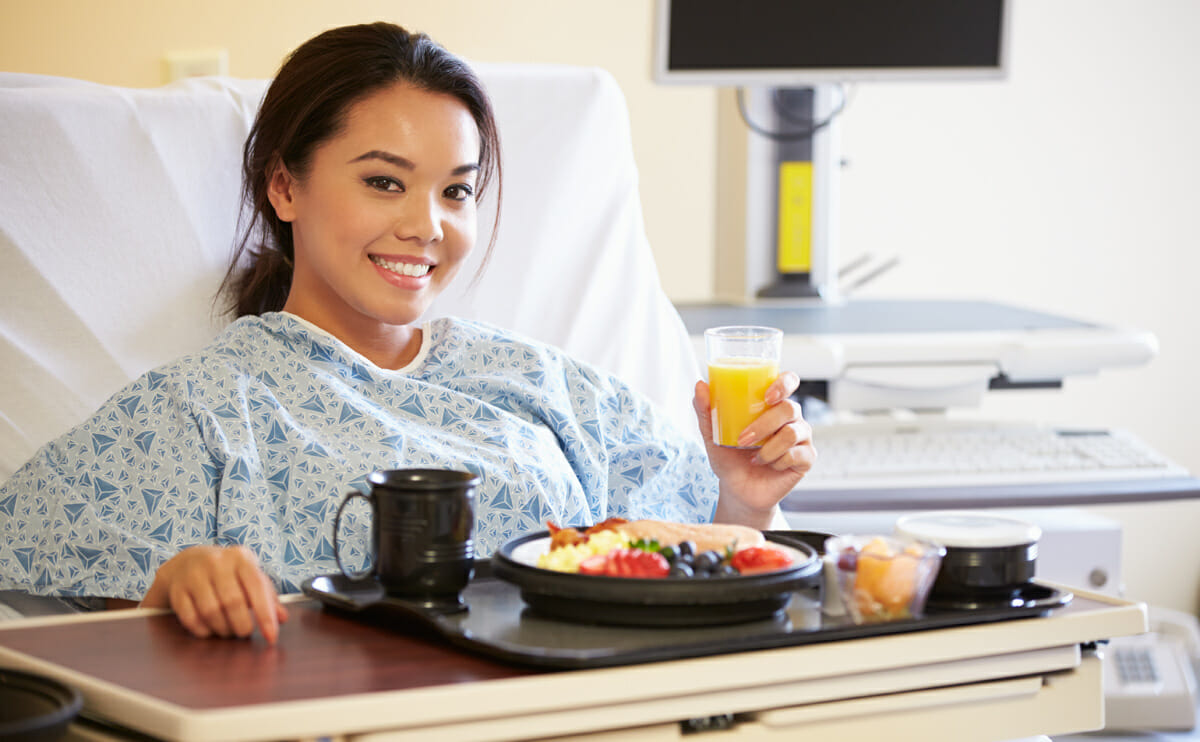 Johnson, the hospital’s executive chef, dictates the cuisine for everyone from a bed-bound patient to a staff phlebotomist. Even locals in rural Watertown – midway between Milwaukee and Madison – slip into bright-orange café chairs for lunch and Sunday brunch. There are less than a dozen hospitals nationwide with on-site farms, ranging from a rooftop farm at Stony Brook University Hospital on Long Island to a 25-acre farm at St. Joseph Mercy Ann Arbor Hospital in Ypsilanti, Michigan. But as interest in the connection between nutrition and health continues to grow, so is farm-to-bed cooking.

“What we believe is that food is medicine — [that] what you eat has as much to do with your overall health,” says Johnson, who left his job as a chef at Milwaukee’s Hotel Metro in 2012 to start the hospital’s farm-to-table concept. He’s not alone: A 2013 study from the University of Maryland found that behavior and environment – which includes following a healthy-foods diet – accounts for 70 percent of one’s health, with medical care a mere 10 percent.

“Room service” – not meal service, which might conjure up images of Jell-O blobs or mashed-potato mounds – is served to patients in this 90-bed hospital. “Outside of soup or washed potatoes, we don’t have anything waiting on the steam table,” says Johnson. “We don’t have a cheeseburger ”“ it’s not what we do here. It’s a restaurant that happens to be in a hospital, not a hospital restaurant.”

On the menu are small plates like seared sea scallops in sweet-pea puree and DIY sandwich with free-range organic chicken and Wisconsin cheeses.

On the menu are small plates like seared sea scallops in sweet-pea puree; heartier fare, such as a lamb meatball flatbread sandwich; even a DIY sandwich with free-range organic chicken and Wisconsin cheeses.

Mid-afternoon aromas of pumpkin-cranberry muffins fill the kitchen while house-made pepperoni cools in a refrigerator. (About the pepperoni, Johnson says, “We’re crazy ”“ we don’t know when to quit!”) All meals are made from scratch. That includes all soup stocks. About two-dozen dozen spices are stored in glass jars, each with a label. A downstairs room is dedicated to scaling, skinning and boning fish, along with breaking down pork and chicken (the hospital buys two cows a year from a local farm).

Pull open the dry storage room and there’s not much in it – because most of the food is brought from the farm in a wheelbarrow. Much is sourced from local farms, too, particularly those with greenhouses to extend the growing season through the winter months.

That sounds great: Who doesn’t want fresh, local food? But hospitals are coming under fire for soaring costs (according to the New York Times, a third of the nation’s $2.7 trillion annual health-care spending last year was on hospital bills, and those prices rose by 6.7 percent from 2012 to 2013, says the Health Care Cost Institute). So how does the Watertown hospital cover their premium food bills? A hospital spokesperson says that while the program does cost more, the hospital covers the difference without charging patients more for their medical care. “Yes, it definitely costs more, but it is not passed on to the patient,” explains Sara Stinski. “It’s an investment in the health of our community.” Funds for the elevated food program are built into the budget just as they are for, say, facility maintenance. “The hospital has made a decision, at least in the beginning, that they are subsidizing this.”

Significant funds were spent on upgrading kitchen equipment and training staff. Thirty-two employees work in the kitchen, which Johnson says is high for a hospital kitchen. “(Employees) are not just heating and re-heating. That’s what many institutional food-service programs are around the country and what ours used to be. You’re hiring people to potentially butcher a cow or completely wash produce,” says Stinski. That the community frequently dines at the restaurant provides a source of revenue many hospital eateries lack.

But what really leaves a footprint in the town, and with hospital patients, is the culinary school led by Johnson. Classes are held in the market and café. One class each month is free and subsidized by a community grant. “I’m trying to demystify healthy food,” he says. “People hear the word ‘healthy’ and think ‘Oh, it must not taste good.’ ” One week the topic might be ancient grains, another week the aromatics in Mediterranean cooking. Johnson teaches these classes with a dietician. Sometimes his pastry chef chimes in, too. “More than half of the people are members of the community,” says Johnson. “We see a lot more (people) here now than when we first opened. If you drive down Main Street in Watertown it’s Applebee’s, Perkins and Taco Bell.” Sensing a desire to learn more about healthier foods, he launched a series of dinners celebrating the farm’s harvest each spring and fall. Thirty-five people came to the last dinner.

In a departure from most hospital restaurants or cafeterias, beer and wine are served in the café and market. “At four o’clock we have happy hour ”“ right here in the market,” says Johnson. Non-alcoholic beverages are also available, like the house-made iced chai tea dreamt up by Johnson and his staff.

Helping with the garden is a team effort among the kitchen staff. Many come from farming roots thanks to the hospital’s rural location. One of the dishwashers is a Master Gardener. “It’s not hard to get people out of the florescent lights in the kitchen, put on some jeans and work in the garden,” says Johnson.