Blood: What's Up With That? - Modern Farmer
Food & Drink, Lifestyle

Blood: What’s Up With That? 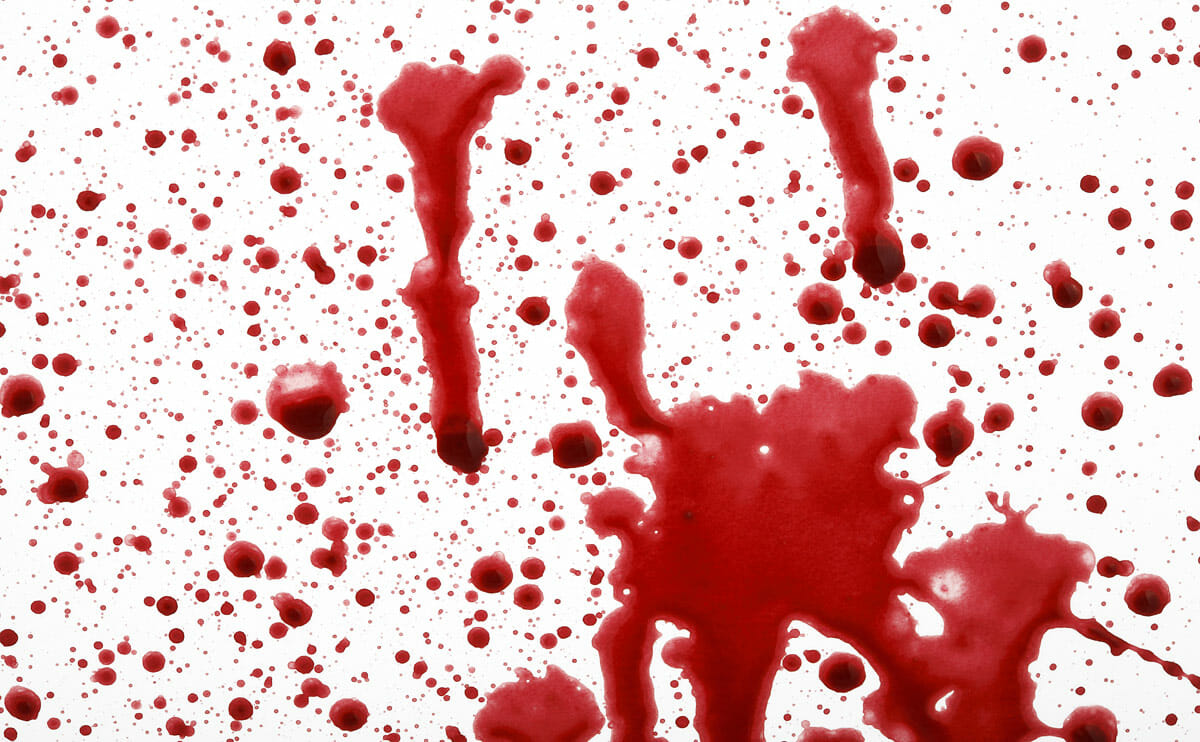 There is a whole subset of the slaughtering industry responsible for “rendering.” This is the slaughtering arm that processes every last bit of what comes into a slaughterhouse in order to minimize waste and maximize profit. David Meeker of the National Renderers Association says that only the odd blood splatter goes unused. The bulk of all this blood goes towards “inedibles”: items unfit for human consumption but perfectly fine when dehydrated and used as a cheap source of protein for livestock or your little friend Fido. In some cases, the plasma is first separated from the red blood cells and used as a protein supplement for piglets. This is an excellent source of protein, Meeker says, since piglets are weaned at an increasingly young age and need a substitute for mother’s milk. Cringing yet? And cannibalism aside, is this even safe? According to Meeker, it’s been common practice for over a century, and there is scientific research available on their website if you’re looking for a way to ease your bleeding heart. (However, he does say that when it comes to chickens, the European Union insists that they be raised on a vegetarian diet.)

Whatever your thoughts on feeding animals with the blood of their comrades, you might already be familiar with bloodmeal as a source of fertilizer for your garden (some also say it can help keep deer from eating your veggies). Steve Solomon, author of The Intelligent Gardener: Growing Nutrient Dense Food, says, “Bloodmeal is the only crude organic nitrogen source that is water soluble. It is also highly concentrated.” That’s both a benefit and a liability. “Being concentrated, it’ll burn leaves,” says Solomon, “so if used as a dry powder it must be spread with caution.” Besides bloodmeal, Solomon also uses “blood and bone” meal, which is everything but the proverbial oink. Though less potent and therefore more manageable for the gardener, you’ll have a hard time finding the stuff in the U.S. due to the risk of spreading mad cow disease. Solomon lives in Tasmania these days, where apparently good ol’ blood and bone meal is worth the risk.

I love boudin noir, also known as blood sausage (or black pudding, if you’re reading this from merry old England). It’s rich and fatty and flavorful, and delicious when baked with apples and maple syrup. Yet my wife won’t eat it. Why? Because it’s made largely of blood and, like so many others in the West, she is accustomed to eating only muscles. Bacon? Sure. Pork chops? Of course. But blood and liver and kidney? A big “no.” I, however, am a strong supporter and lover of the nose-to-tail philosophy. And folks, I’m not alone. All around the world there are dishes using blood. There is czarnina, a Polish duck soup that includes duck’s blood. There is nam tok, also a soup, this time from Thailand. There are blood pancakes and blood tofu. You can even consume the stuff raw from a freshly killed animal if you’re so inclined, as some Inuit in northern Canada traditionally do.

It’s rich and fatty and flavorful, and delicious when baked with apples and maple syrup.

Yet since most blood from large slaughterhouses does not make it to the offal lover’s mouth (see above), where does one procure blood for one’s own consumption? Small slaughterhouses might answer your calls. My local charcutier gets the blood he uses to make boudin noir from a small father-and-son operation in the next town over. There is also the option of slaughtering your own animal and preserving the blood, as they do in this video (which focuses on Cajun boudin). You might want to ease into this last option. Not the kind of thing you do without proper forethought.

Here’s where you might get really squeamish and, this time, I don’t entirely blame you. Xenotransfusion simply means a transfusion of one species’ blood into another species. It kind of makes sense when you think about it. Wilbur is in the barn, almost ready for slaughter. Grandpa Ben is in the house. He just lost a ton of blood because Grandma Ginny chopped his arm off. Slaughter Wilbur, prepare him for the freezer and use his blood to save Grandpa Ben’s life. Two birds, one stone. Next, call the cops. Grandma Ginny has anger issues.

All joking aside, Jean-Baptiste Denis performed the first xenotransfusion in 1667. Shakespeare had only been dead for 51 years and it was a brave new world. The practice saved some people, killed others, got banned and was then championed in the 19th century only to be discredited entirely after the discovery of blood groups by Karl Landsteiner in 1900. Yet ours is an age of advanced science. Genetic modification is beginning to make it possible to use pig blood and organs to save lives. The hardcore science stuff can be found in medical journals, but suffice it to say, there are a few hurdles still to overcome before pig-to-human transfusions and transplants start going mainstream.

Even if it can be done, there are many ethical questions raised. Is it right to mess with a species’ genes in order to save a few good men, women and children? What will be the long-term consequences of these experiments? Whatever the answers may be – and they won’t ever be definitive, as we’re talking ethics here – blood is a wondrous thing. Who knew it could be so useful?