Of Course You Want Vegetables From Overstock.com

The unlikely marriage of small-scale CSAs and a large-scale online retailer. 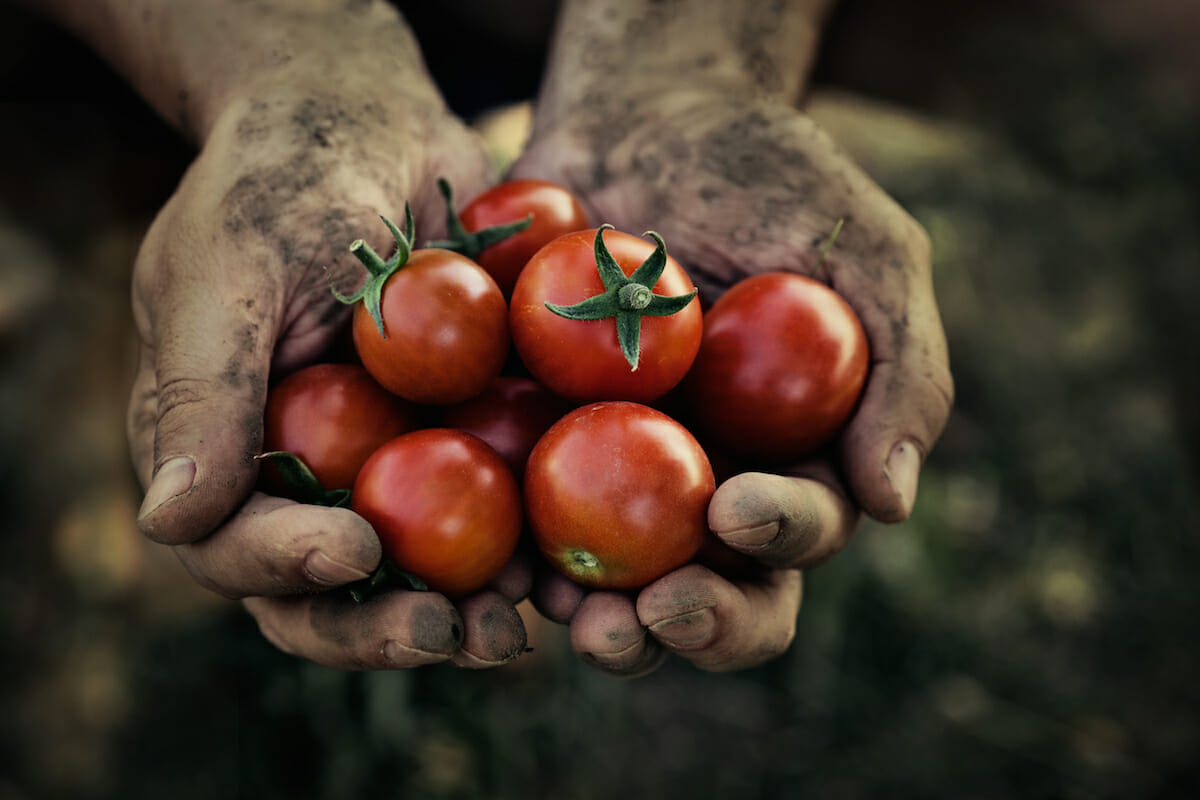 The online retailer has just launched its own Farmers Market, an ambitious, large-scale effort to bring the CSA model to the discount-armchair masses.

CEO Patrick Byrne explains that his original inspiration harkens back to his own childhood, spent on a New England farm: “I was never so happy as the time I spent on a farm in Vermont.”

But nostalgia quickly gives way to sickle-sharp business acumen as he walks through the disintegration of the country’s foodways. “Everything is supply chain theory,” he says. After World War II, “The rise of the corporate agri-business supply chain … made it uneconomical to be an old-fashioned farmer. You had to be a cog in the machine.”

The result, per the CEO: “I think the food Americans eat is disgusting. We’re so unhealthy because we’re eating this industrial food-like substance.” (Byrne is not a “Modern Farmer” reader, but at this point we enthusiastically invite him into our fold.)

A couple of years back, Byrne, himself now a vegan, learned more about the CSA model from the niece of a rancher. After doing his own research, he had the proverbial “wow” moment: why not integrate the CSA model into the Overstock.com platform?

“A lot of the CSAs don’t have good technology,” he explains. “We’ve kind of supercharged [the CSA model] with our technology and our marketing efforts.”

“I think the food Americans eat is disgusting. We’re so unhealthy because we’re eating this industrial food-like substance.”

The company acquired a list of some 1800 CSAs from the Department of Agriculture and began cold-calling, supplementing its outreach with articles and advertisements in industry publications. Ahead of last month’s launch, more than a dozen farms were officially signed up, with about four dozen more shortly on the way. Cities now served include San Francisco, Austin, Richmond, and Atlanta; Byrne’s ambitious timeline has 50 to 70 percent of the country’s zip codes eligible to participate by the end of the year, and “99 percent” by next March.

Is it truly a win-win? Well, farmers pay nothing to participate in the model, though they must have the ability to deliver their produce directly to the buyer; Overstock.com also handles the customer service end of things, which can be a welcome relief to small-staff outfits. Consumers, meantime, get to waive any signup fee, and all O Club members — the frequent-buyer set — also receive a 5 percent cash back reward.

The only drawback thus far seems to be one born of success, with some farmers running out of shares well ahead of weekly signups. Byrne calls this a “high-quality problem. It’ll just take time to scale up to demand.”

Those customers not currently in zip code range can make due with a select number of non-local sustainable farm offerings, including grass-fed and -finished beef, raw honey, and organic fruit conserves. The new site also includes self-written farmer profiles as well as recipes inspired by the seasonal haul. Said recipes skew simple (schnitzel, mac and cheese), but that might be the point.

“What we’re trying to do is introduce our customers to this other style of eating,” Byrne says.

So at this point you’re saying … Overstock.com? But consider that Byrne is a Warren Buffett mentee, a Wall Street vilifier, and an educational and international development philanthropist. In 2001 Overstock.com launched the fair-trade artisan site Worldstock, and earlier this year, the site unveiled a pet adoption section that lets you daydream-adopt by distance, animal type, and breed. (We currently have our eye on a 5-month-old hound mix named Katniss Everdeen located just 3.6 miles away.) And Byrne is hardly one to shy away from large-scale transformation. Just consider his long-term vision for the new venture.

“If this works, we can disrupt that corporate agri-business supply chain.”