Two farmers duel it out over the best tractor brand around. 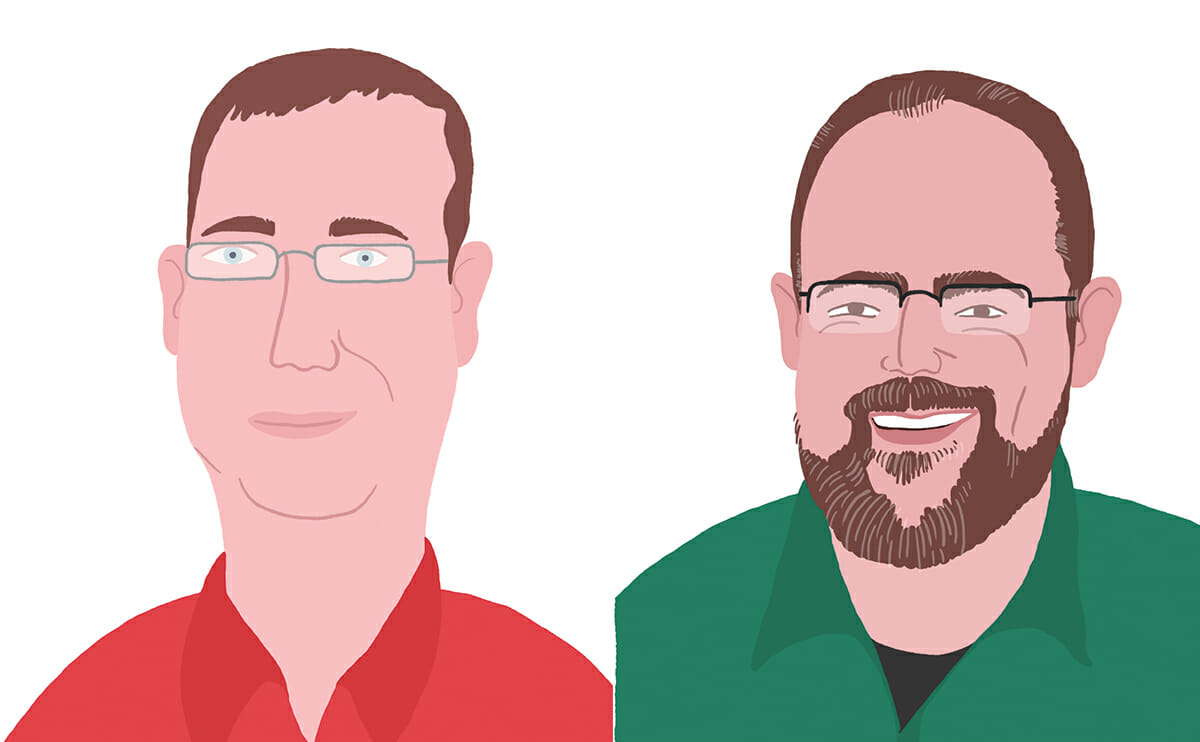 Brian Maricle is a sixth-generation farmer in Nebraska. When harvest is in full swing, he hardly has a chance to leave the cab of his International.

Our heritage is red. In 1945, we got our first tractor after the war. We also sold draft horses; well, it looked kind of bad if the family selling draft horses bought a tractor, so [we] didn’t get a tractor ’til [we] had to. When my grandfather chose a tractor, they brought out a John Deere and a Farmall B [made by International Harvester, which is now part of Case IH]. The story I was always told was, “Why would you want to listen to that thing pop when a Farmall would purr?” We started with Farmall and we stayed with Farmall.

Going through grade school, we were the only red farm. Bus rides were miserable because all they ever talked about were Ford, Chevy and John Deere – it would just go on and on. All my friends were John Deere people, so all through FFA [Future Farmers of America] it was all red versus green stuff. It would be really hard to argue now, cause to me all the new tractors are basically the same: They are all electric over hydraulic and all big, square cabs. But when we were growing up, John Deere had a round cab and just eight gears, while International had the square cab and 16 gears. Why would you want to look at the fencepost muffler the John Deere had? That fencepost in the hood drove me nuts. Why would you want a John Deere, with those awful yellow wheels?

Dad always said, “Well, I’m open to whatever,” but when you go to actually purchase one of these things, a Deere was always way more pricey for the same work. It would be $10,000 more than a red one.

Jonathan Demmons, a farmer at Turner Farms on North Haven Island, Maine, is John Deere through and through.

I’m pretty partial to John Deere: for the parts, because it runs smooth, they start easy (usually) and they are just friendly to operate. Being on an island, where we are isolated, if we need a part, I can call before four in the afternoon and I’ll have a part here by 10 a.m. the next day, no matter what it is. You don’t get that kind of service from any other dealers; it’s always two days or longer. It is very convenient using John Deere.

I’ve read about [the debate] in the Small Farmers Journal, with John Deere [being painted green] so that it could hide from the International Harvesters when it’s time to come to the field and all that. The funniest one is “If at first you don’t succeed, buy a Farmall.” That’s like when it’s time to run the Farmall and not the John Deere, that’s when you make money. According to Mrs. Deere, years ago, why John Deere [equipment] has its [signature] colors is that green is for the growing season and yellow [on the tires] is for the fall harvest.

My future father-in-law, all he has are International Harvesters. When I talk green, he talks red. He is partial to his International Harvesters; he says they’re easier to work on when they break down. I’ll say, “You want to go down to Hammond in Fairfield and look at those John Deeres?” and he’ll say, “Oh, I already did that, they won’t dicker! They want big money for those green ones, so I have to go buy an International.” So him and I go back and forth.

I’ve always been a John Deere guy until recently purchasing a 1976 IH model 966 with a deluxe cab with only 3500hrs on it and I am damned impressed with it,I still love JDs but that corn binder is a real draft horse.

Green is the most pleasing color to the eye. Its a psychological trick. Die hard JD guys buy it because of the color. I’ve had people tell me that they know for the price the JD is not the best out there, but they but them anyway.