10 Fermented Foods That We Would Totally Try, Just Not Right Now, Thanks

Fermented foods around the world that you may not have heard of. 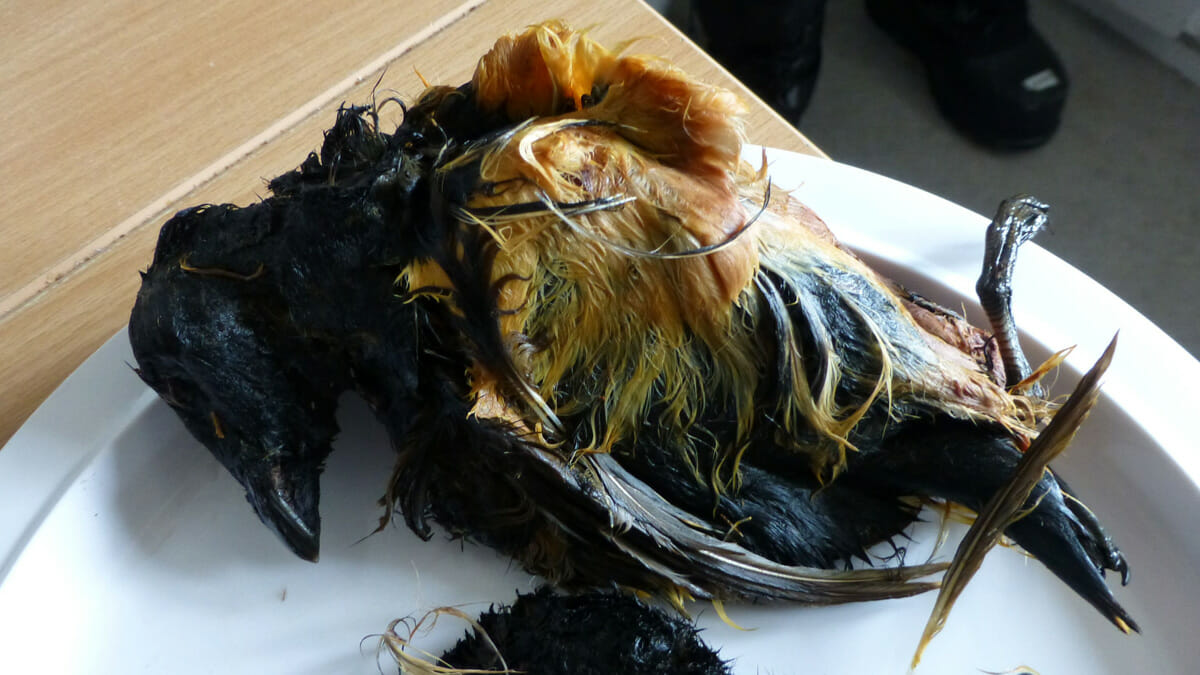 The Icelandic dish HÁ¡karl is a nice one for your pescetarian friends. A gutted and beheaded shark is buried in a hole down by the sea and covered in gravel. Depending on the weather, it usually takes about six to 12 weeks to drain the fluid from its body. After removing the shark from the hole, it is hung in the shade for another few months. HÁ¡karl has a dreadfully strong ammonia odor, but the good news is those who have tried it say the taste is a bit better than the smell.

Another item from the Land of Fire and Ice, SÁºrsaÁ°ir HrÁºtspungar is the dish that is particularly popular during midwinter festivals in January. We aren’t sure about the pronunciation, but one thing we know for sure is that it’s made of ram testicles. The balls are pressed into blocks, boiled and pickled in lactic acid. It gives them a pâté-like texture and sour flavor.

Kiviak is considered quite the fancy dish in Greenland. To prepare this festive food, first you need to find about 400-500 dead birds, preferably auks, and one dead seal. Then stuff the birds in the body of the seal before leaving it under a rock to ferment for several months, and up to a year and a half. After a long period of fermentation, the innards of the birds liquify. The most authentic way to eat the dish is to cut the head off the bird and devour the juices inside. If you want to try this dish, be sure that it’s fermented auk, not eider; earlier this year there were two deaths reported in Iceland due to botulism contracted from eider-made kiviak.

If leaving something to rot before consuming it is considered fermentation, and it is, phan pyut definitely deserves a place on this list. Common in the eastern part of India, the preparation of this side dish couldn’t be easier: Just leave potatoes until they’re spoiled. It can be eaten plain (and rotten) or seasoned with Indian spices.

Mang mun is what Thai people call ants in the Carabera genus. But mang mun chom isn’t fermented ants, it’s fermented ant eggs. The perfect time for this northern dish is February and March, when the ants lay their eggs underground. The pickling process takes only a few days and requires only salt and cooled, boiled water. The dish is completed with chili, garlic and shallots.

A relative to the notorious casu marzu or maggot cheese, milbenkÁ¤se earns the nickname ‘mite cheese‘ because the main workforce in the cheese’s production is a certain species of mite called Tyrophagus casei. Flavored with salt and caraway, quark is placed in a wooden box with rye flour and cheese mites. These three ingredients have to be roommates for about three months. Over that period of time, gastric juices from the mites trigger the fermentation process while rye flour helps feed the mites to prevent them for eating the entire cheese. Some cheesemakers prefer leaving the cheese for a year, until it turns black. One other thing you need to know before having it — mites left in the rind are consumed along with the cheese. Normally.

Preserved whitefish heads makes a common Inuit dish food called tepa. Also called ‘stinkheads,’ the heads are placed in a wooden barrel (or a plastic bag or bucket for more modern versions). The barrel is buried in the ground for a few weeks to decompose. Once dug up, as you might be able to guess from its name, tepa is, well, stinky.

The Sudanese have ways to make animal bones edible and long-lasting. One of the products of their wisdom is kaidu-digla, or fermented vertebrae. Chopped into small pieces, the backbones are first sun-dried, then pounded with stones. Next, a bit of water and salt are added and the chopped pieces are molded into a ball. Then, just let it ferment until the “bone ball” is ready. Aside from kaidu-digla, the Sudanese also have another bone item called dodery, in which ball-and-socket joints are fermented until they become a paste.

… and they are just wine. However, putting something unusual into the drink changes the status of the ordinary beverage — like snake wine from Vietnam and baby mouse wine from China and Korea. Believed to increase sexual performance, a live poisonous snake is placed in a glass jar filled with rice wine for two months or longer. The baby mice wine is pretty much the same process, but with baby mice, most not older than three days. The drink is a cure-all medicine for those who believe in its effect. The correct way to consume this wine is to eat the dead baby mice after drinking the wine.