Everything You Need To Know About Khat - Modern Farmer
Animals, Lifestyle, Plants

Everything You Need To Know About Khat

A green leaf that's also a mild stimulant, khat is quietly and quickly becoming popular in the United States. One thing to note: it's also illegal. 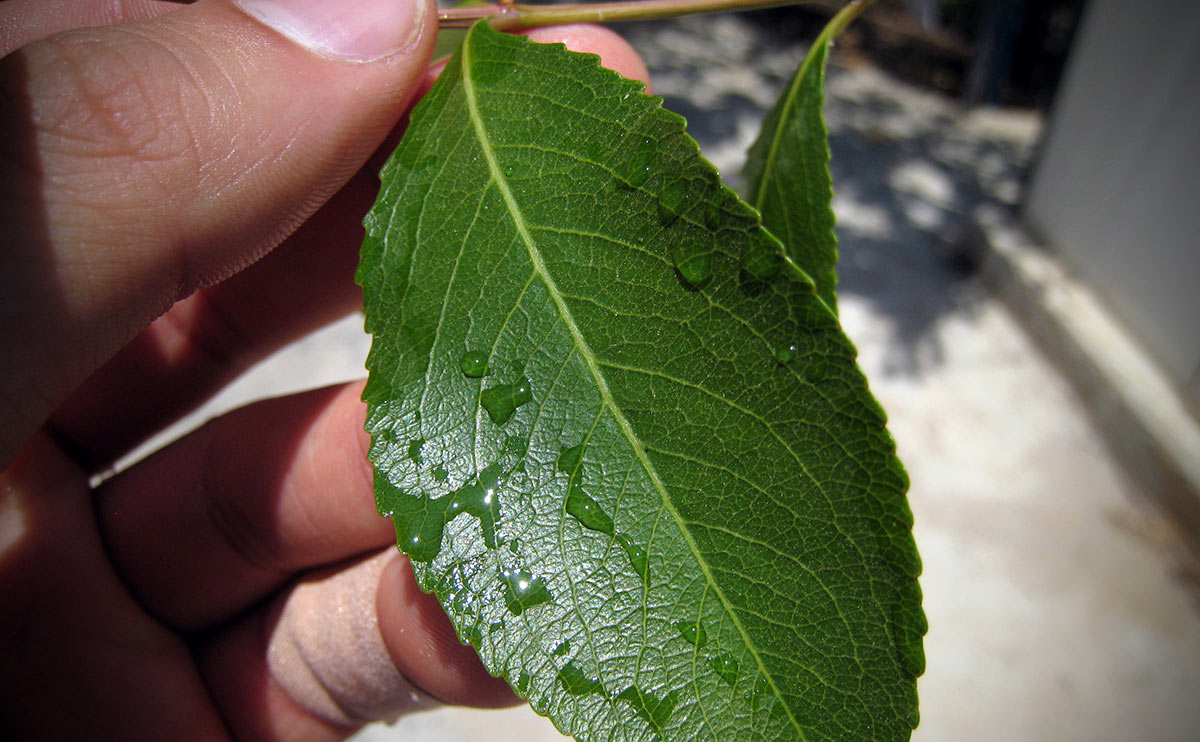 The documents noted that until 2013, there had been no khat seizures in the Bay Area for more than ten years, but the drug’s sudden surge in popularity is not limited to California. Last week in New York, authorities announced that seventeen people had been charged with importing and distributing khat in New York, Ohio, and Massachusetts. Still, due to its largely underground status, few people understand the historical and cultural importance of the khat plant, and its complicated status as a drug.

Native to the Horn of Africa and the Arabian Peninsula, khat is a shrub, generally between three and 16 feet tall, that thrives in arid climes. Traditionally, the plants tops and green leaves were harvested and chewed as a social stimulant, similar to coffee. According to a review published through the University of Bergen, Norway, the earliest known written references to khat date back to the 11th century, but the first scientific description was not created until 1775.

In Yemen, people have been chewing khat since at least the 1800s, as witnessed by Charles Dickens. In 1856, Dickens described the plant in Household Words, a weekly magazine he edited that decade:

“The leaves of the drug called kat are the chief source of pleasurable excitement in these districts of East Africa. Botanists, taking the native name for the plant, turn it into Catha edulis, eatable kat. It is much used by the Arabs, to whom it is sent in camel loads, consisting of a number of small parcels, each containing about forty slender twigs, with the leaves attached, carefully wrapped, so as to avoid exposure to the air. These leaves are chewed, and act upon the spirits of those using them, much as a strong dose of green tea acts upon us in Europe, when it acts agreeably. Europeans used to stronger stimulants, are little affected by the use of kat, but among the more temperate Arabs it is so welcome a provocative to good humour, that about two hundred and eighty camel-loads of it are used ever year in Aden only.”

Today, khat is grown in countries like South Africa, Kenya, Mozambique, and Somalia, and according to the National Institute on Drug Abuse, about 10 million people around the world chew it every day. In Yemen, khat is a cash crop and consumes much of the country’s agricultural resources. The plants take about seven or eight years to reach their full height and require little maintenance, other than ample amounts of water.

According to Qahtan Al-Asbahi, who works for the National Integrated Water Resources Management Program in Yemen, between 27 and 30 percent of Yemen’s ground water is used to irrigate khat, while almost 60 percent of the cropland is reserved for that plant alone.

Healthy khat shrubs can be harvested four times a year, and are a reliable source of income for Yemeni farmers, selling for millions more Yemeni rial than comparable fruit and vegetable crops. Farmers and other workers enjoy its fatigue and hunger-reducing effects — Vice reports that cab drivers in San Francisco likely use it for that purpose ”“ but in Yemen and other countries, it is a deeply rooted social ritual, as well. According to the World Health Organization, it is estimated that up to 90 percent of adult Yemeni males chew for three or four hours each day, while a World Bank study estimated that 73 percent of Yemeni women also use khat.

The plant’s effects have been compared to strong coffee, a less addictive cocaine, and (of course) green tea; “mild euphoria and excitement” are the desired outcomes. Generally, khat is consumed fresh because the strongest chemical ”“ cathinone, a schedule I drug in the U.S. as of 1993 ”“ breaks down within 48 hours, leaving only the milder cathine behind. It is, however, sometimes dried and served as tea.

In the 1980s, WHO declared that khat could cause “mild to moderate psychological dependence,” since its addictive powers are said to be less than tobacco and alcohol. Despite that, the drug has been increasingly targeted overseas by government organizations. In the U.K., khat was declared an illegal substance on June 24 this year. Although the plant itself is not particularly addictive or dangerous, khat remains controversial, even in Yemen, where critics say it is an expensive habit in one of the world’s poorest countries that also drains the water supply. But in other regions, such as the county of Meru in Kenya, khat farms are relatively peaceful places that provide important work and income for the country’s youths, which are being threatened by government bans. Regardless, the plant’s cultural and historical importance cannot be denied. Nor can its relative safety, when compared to drugs like heroin.

Last February, the U.K. government’s Advisory Council on the Misuse of Drugs published a report, where experts unanimously opposed the khat ban. Their verdict: “It would be inappropriate and disproportionate to classify khat under the Misuse of Drugs Act.” Too bad the government rarely listens.

I get very Intense Headaches on a Daily Bases here , And am looking for something more Natural and Nature Grown Products

Can you tell me what Khat or Kat is all used for. And tell me all the Side effects please.

Also interest on Costs . And if possible the seeds

I wwant to buy 5 khat seeds to grow to savw my life. I am dieing of lung disease. khat worked well when I grew it when it was legal plants died on me got toocold. I need 5 seeds to grow some more. I have one year or a little more to live. khat will help me. can you sell me some khat seeds. ron

You forgot something really important… you said khat is growing in Kenya, Mozambic, South africa Yémen… but you forgot!! The biggest productor of the world is ETHIOPIA !! and the biggest consomator is Yémen (they buy to Ethiopia).

Can anyone tell me where to buy khat?

Why do these first few visible comments have huge grammatical errors? Is this a legit site being spammed or a spam site?

Popular
7 Smokable Plants You Can Grow That Aren’t MarijuanaBrian Barth
6 Differences Between Llamas and AlpacasAndrew Amelinckx
Move Over, Mezcal. A Sustainable Tequila Alternative Is Taking Over.Hollie Stephens
Why Don’t We Eat Turkey Eggs?Dan Nosowitz
Record-Breaking Egg Profits Prompt Accusation of Price GougingClaire Carlson, The Daily Yonder
Explore Modern Farmer
Related
Features, Food Security, Labor
The Rise of Virtual Farmers MarketsLeah Borts-Kuperman
Environment, Labor, Water
California Farms and Farmworkers Attempt to Recover From Record FloodsNaoki Nitta
Books, How-To, Lifestyle
How to Turn Your Garden Into a Business, No Matter the SizeEmily Baron Cadloff
MTMF, Plants
This Modern Farmer Wants You to Grow a New Potato StrainBevin Cohen
wpDiscuz
We use cookies on our website to give you the most relevant experience by remembering your preferences and repeat visits. By clicking “Accept”, you consent to the use of ALL the cookies.
Cookie settings ACCEPT
Privacy & Cookies Policy