Why a St. Bernard Will Not Save You in the Alps - Modern Farmer
Animals, Plants

Why a St. Bernard Will Not Save You in the Alps

If you are lost on top of a mountain, don't count on a St. Bernard to save you. 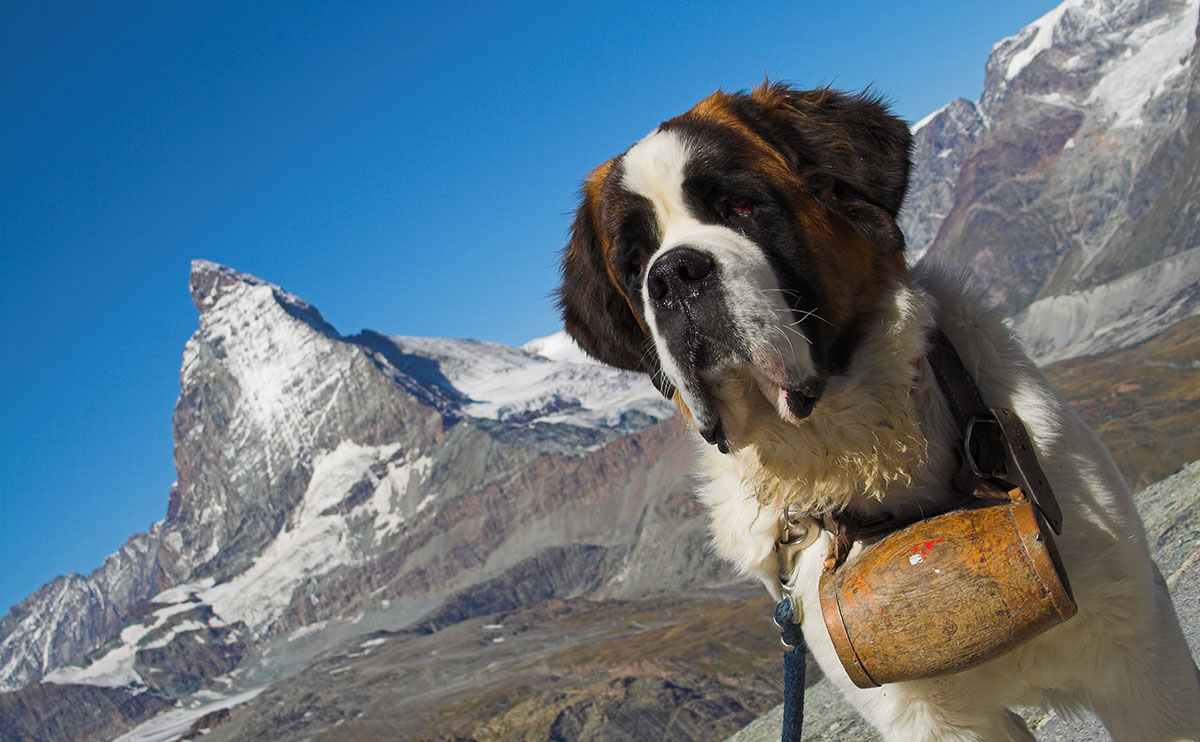 Answer: Because you’re hypothermic and hallucinating. It’s only an interesting historical myth that St. Bernards carry brandy. It’s unfortunate, but you are probably going to die.

Even if the brandy were real, you wouldn’t want to drink the spirit because according to modern medicine (and even MythBusters, who took on this very fallacy), the alcohol would cause you to freeze even faster. Though booze dilates the blood vessels in your skin, making you feel warmer, it saps that blood from your core, where your organs need it to keep you alive.

But from whence this whole hypothetical tale of St. Bernards and brandy? Let’s examine the historical record.

The first evidence of this giant working rescue dog comes to us from monks writing in 1707. In the Western Alps between Switzerland and Italy, a monastic order operated a hospice at the Great St. Bernard Pass, where the dog was bred and from which the breed’s modern name is derived.

Genetically, the St. Bernard is probably part Swiss cattle dog (a large breed used by nearby dairymen to guard livestock) and part some other dog (two varieties of skulls have been recovered at the hospice). Though purportedly introduced at the monastery as watchdogs, by 1800 a single breed of red and white heroes had emerged as volunteers for another vocation: search and rescue.

Volunteers, that is, because such behavior in dogs, according to Psychology Today, was not modeled on the teaching of the monks. Instead it was learned in the school of the pack, i.e. taught by other, older dogs.

St. Bernards would assist monks in the search for travelers lost in winter storms on their way to the hospice. One particularly famous early St. Bernard, Barry, was credited with saving more than 40 lives. But don’t believe every Barry story. For instance, legend has it that Barry died attempting a rescue, which is untrue: He retired to Switzerland’s capital where his body was preserved at the Natural History Museum of Bern. In his honor, at the hospice, one dog has always been named Barry.

But the barrel meme? That comes to us from a painter named Edwin Landseer, who at age 17 produced a work called “Alpine Mastiffs Reanimating a Distressed Traveler.” The painting shows two dogs reviving a fallen traveler, one licking his hand and wearing a barrel around its neck.

The image stuck, promoted by comedies such as Swiss Miss and classic cartoons. A common MGM and Warner Brothers portrayal insinuates that the dogs are alcoholics, drooling over their own miniature casks.

Though easily debunked, such is the power of this meme that, in Switzerland, it’s not hard to find a cask-wearing St. Bernard to pose with for a photo. Have your own St. Bernard? Like perpetuating myths? Customizable keg collars are available online.