British photographer Tim Smyth culled a motley crew of abnormal carrots from a farm in North Yorkshire and took pictures of the surprisingly beautiful, alienlike vegetables. 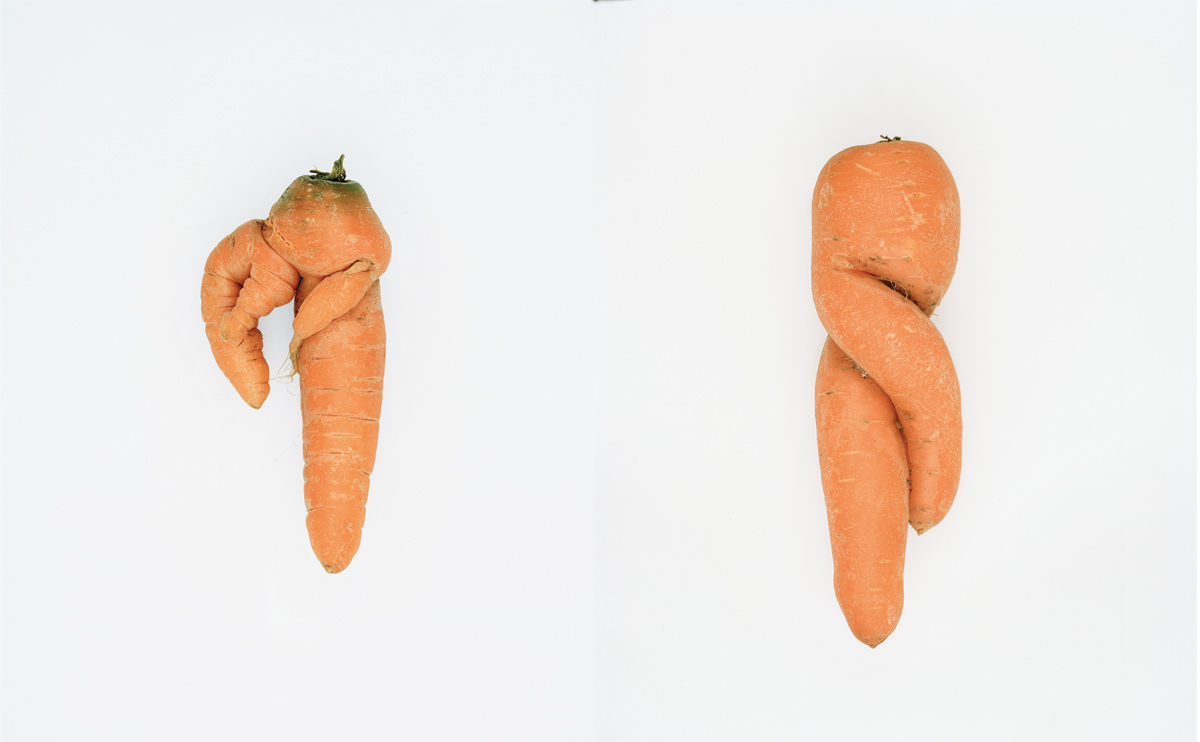 Modern Farmer: How did you develop the concept for the book?

Tim Smyth: Defective Carrots was kind of a natural progression from a project I’d previously been doing, which was salvaging food from bins that had been thrown away from various outlets: restaurants, supermarkets, cafés and things. I collected this food and arranged it to create still lives on the street at night. And then I read about this process by which carrots and other vegetables are selected using digital optical scanners. It was that process that I was really fascinated by.

MF: Where did you find the carrots you shot? 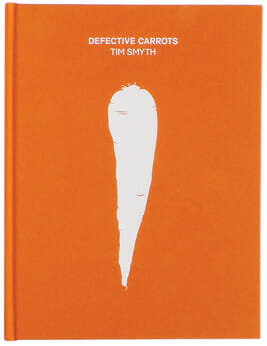 TS: I found them in a farm in North Yorkshire in England, one of the largest carrot producers in the country. It was probably the fastest project I’ve ever shot. I collected as many carrots as I could and single-handedly bundled them into the boot of the car and drove back to London. The next day I spent 10 or 12 hours photographing them.

MF: Are the carrots you chose outliers? Do any of them get used?

TS: I wanted to faithfully reproduce the sample of carrots that had been removed. The carrots in the book do get used in salads they get grated up and about 20% of them get used in feed. I was interested in what didn’t reach the food market and the kind of carrots that you don’t see. I’m not from the countryside, so they kind of looked alien to me. Obviously they’re the kind of mutated and interesting looking ones, but I wanted to make sure the ones that look fairly normal are in there as well. There’s quite a large spectrum of what is used and what isn’t.

‘I ate some of them. I made a batch of soup. And the rest I took to the city farm and they fulfilled their destiny as stock feed.’

MF: How do you understand the environmental impact of carrot perfectionism?

TS: In order to produce carrots which are straight and are considered to meet the guidelines of what’s edible or marketable it means you have to grow so many more. You’re using up so much farmland and pushing cattle farming overseas, which probably wouldn’t be necessary if people were happy to eat slightly so-called “defective “carrots. Ultimately market forces and the consumer’s visual perception determine these production methods and the visual scrutiny involved. This book looks at how technology has refined this process and how artificial intelligence predetermines what is or is not edible.

MF: Did you eat any of the carrots?

TS: I ate some of them. I made a batch of soup. And the rest I took to the city farm and they fulfilled their destiny as stock feed.