Ants mastered husbandry way before us - about 50 million years ago - and they still continue farming today. 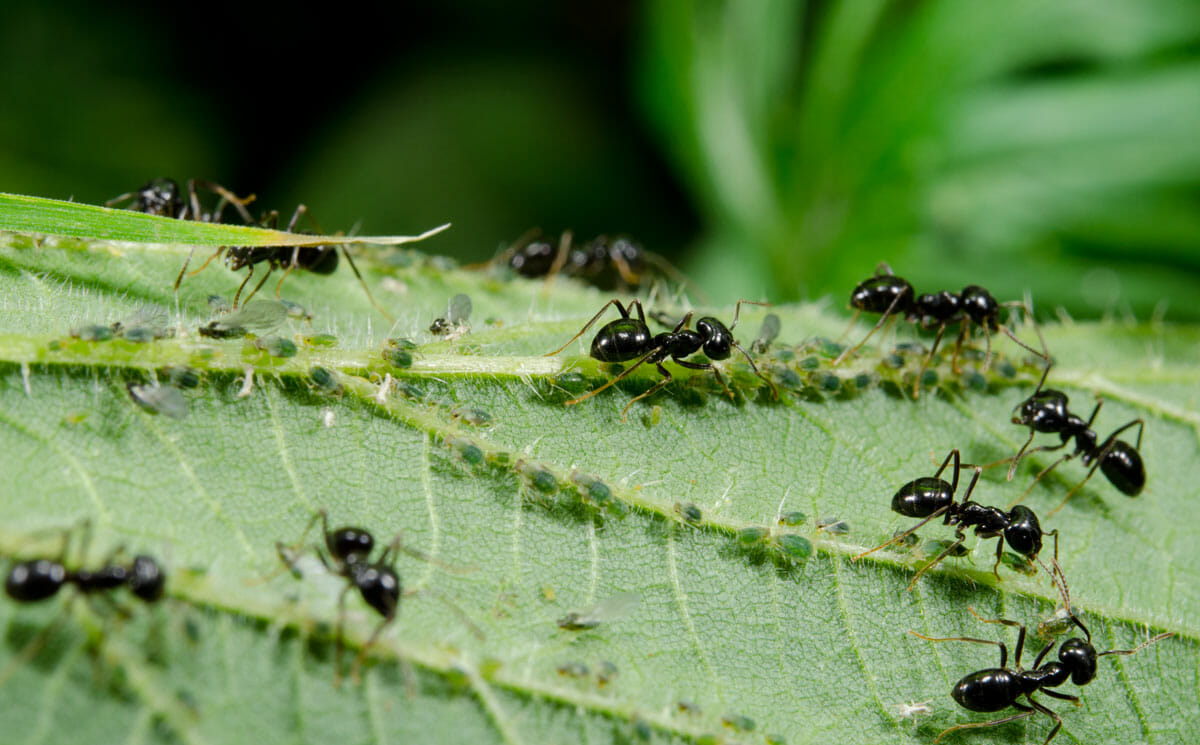 Leafcutter ants are industrious creatures known for expertly carving up foliage and then carrying it back in pieces to their colony, creating neat lines of undulating green armies. They use the leaves to farm fungus which they eat – they are essentially mushroom farmers. Herder ants, as their name suggest, tend to aphids – the little green bugs that drink plants’ nutrients and are considered pests by every farmer on earth, except for their own six-legged keepers. Ants love the sugary substance aphids exert and treat the bugs as their dairy cows.

And just like farming runs in human families, so does it in the colony.

When a young farmer leaves home to start a new family he takes some seeds and other means of growing future crops with him. A fledging leafcutter ant queen leaves her colony with a blob of fungus in her mouth taken from the established fungal garden in her nest, says Rachelle Adams, an evolutionary biologist who studies interactions between species at the University of Copenhagen. The virgin queen leaps in the air for a mating flight, gathering enough sperm to keep laying eggs for the rest of her life, which can be as long as ten years. Then she lands, sheds her wings, finds a burrow in the ground, and starts a new colony. She spits out her fungal blob, and it begins to grow. The queen lays her eggs in the fungus; the larva feeds on it and once the first worker ants hatch they help the queen to tend the garden.

A fledging leafcutter ant queen leaves her colony with a blob of fungus in her mouth taken from the established fungal garden in her nest.

Scientists call fungus mycelium. A mass of thin threads, mycelium grows on organic waste and digests it. So the fungus-growing ants, which scientists call the attine species, have evolved to feed their fungi with biological refuse. Worker ants, which have strong jaws designed to clip off parts of plants, forage for leaves in the forest and bring them into the nest. Smaller worker ants clean up the leaves, cut them into small pieces, and add their own excrements to the mix, similarly to how we use cow manure in our farms.

“They eventually make it into a mash and they fertilize it with their own feces,” says Adams.

Then they mulch it all together into the so-called fungal matrix – a round soccer ball-like structure that resembles a wasp nest.

Some types of fungi growers fertilize their gardens with just about any organic refuse found in the woods – from small bits of flowers to caterpillar droppings, anything goes. “They are more like recyclers who are recycling the debris on the forest floor,” Adams says.

The parts of the fungus ants eat are the roundish blob structures or swellings called “gongylidia,” which grow around the mycelium threads and are packed with nutrients. Ants eat gongylidia and leave mycelium to grow more blobs – similarly to how people sometimes dig up a few potatoes, but leave the rest of the potato plant to grow more root veggies.

“It’s like citrus fruit,” Adams says. “It produces the fruit but not seeds, we propagate it by grafts.

Much the same way we keep cattle, these ants keep aphids, which drink plants’ nutrients and excrete a sugary substance called honeydew that ants eat. Some species of herder ants follow the green creatures, devouring their droppings, while others milk their herds by tickling them with their antennae. The only difference is that the milk comes out of the cows’ udders while the honeydew flows out of the aphids’ anus — not that the ants seem to mind.

In return, ants shepherd their bug flocks to better pastures and shield them from rain, sometimes carrying them from one plant to another. Ants care for and protect aphids’ eggs, treating them as their own and keeping them safe inside their colonies for winter. When a young queen of a “dairy ant” colony leaves on a mating flight, she brings an aphid in her mouth to her new home. And just like humans take away their animals’ freedom in exchange for care and protection, so do ants. Sometimes they bite off aphids’ wings so the “milk cows” won’t fly away, and release chemicals that make aphids move slower, becoming more docile. To reciprocate, ants protect their livestock from predators. They attack ladybugs that try to feast on their herds just like we would ward off a pack of wolves from our bovine beasts. And yet, much like we eat our cattle, ants sometimes devour aphids too.

“It could be that the aphid population grows rather large and they simply are not needed,” says Adams, but it also can be that ants crave different nutrients at different times. “The honeydew is sugar, but the aphids body itself is a protein source.”

The only thing ants haven’t yet achieved is building complex agricultural machinery to cut down on physical labor. But that’s probably because they simply don’t need it. Researchers at Ohio State University called ants “impressive mechanical systems.” The miniature creatures can carry up to 5,000 times their weight. When’s the last time you saw a human farmer carting Bossy around on his back?

Edit: Bossy to Bessie. That’s what we call our cows. :-p