America’s Hard Cider Boom Has One Problem: Not Enough Apples

America has developed a taste for hard apple cider. The only problem? Nobody is growing hard cider apples. 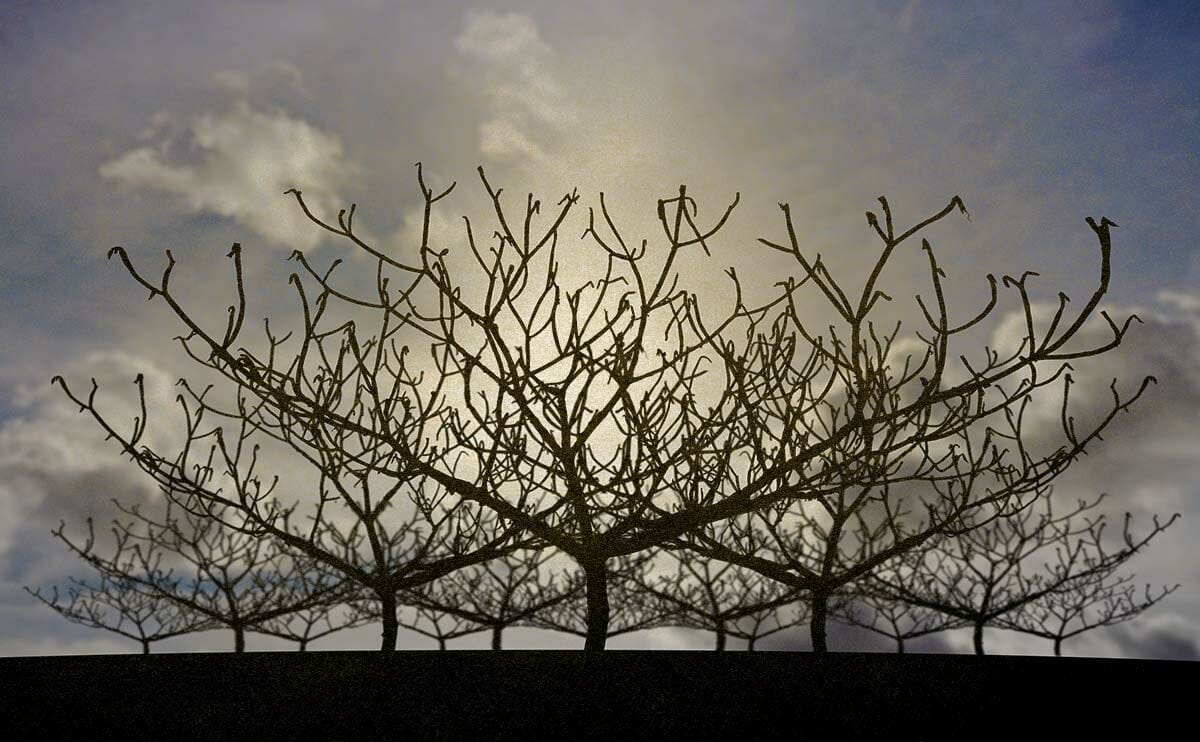 A squint through the filmy garage door windows reveals a sizable space absolutely chockablock with cidermaking equipment: Vats upon vats, snakes of tubing, big bottles of cloudy cider-to-be. For now, this, along with an 8-acre apple orchard beyond the barn, makes up the entirety of Bull Run Cider, the micro-cidery in Forest Grove, Oregon (about 45 minutes outside Portland) which Mulligan co-owns with two partners. But Bull Run is outgrowing the farmhouse fast: this year, the company expects to produce more than twice as much cider as last, and come summer, it’ll move its cidermaking operation to a nearby commercial space with a tasting room. As demand for their product increases, Mulligan and his partners have just one problem.

Cider apples, to be more specific. See, to make truly good cider, you need apples with a lot of sugar – to encourage fermentation – and particular levels of acid and tannins. You won’t find these so-called “bittersweets” and “bittersharps” at the grocery store because, eaten as fruit, they taste terrible. (Insiders call them “spitters.”) And because apples sold as fruit fetch a much higher price than those sold for juice (cider included), large-scale growers simply aren’t raising the varieties of apple cidermakers need. The result?

To make truly good cider, you need apples with a lot of sugar – to encourage fermentation – and particular levels of acid and tannins. But you won’t find these apples at the grocery store because, eaten as fruit, they taste terrible.

“There never seems to be enough of the right apples,” says Mulligan.

The dearth is only becoming more dire as the cider industry booms. After decades of being viewed by most Americans as a vaguely British and overly sweet novelty drink, cider is experiencing a remarkable revival in the United States. According to the Beer Institute, a beer industry association, domestic cider production rose by 264 percent between 2005 and 2012 (the last full year for which data was available). And that cider’s getting sold: Though market-research findings have been all over the map, they generally agree that industry revenues have grown exponentially and are today in the hundreds of millions. The takeaway? Americans, once skeptical of cider, are now happily quaffing the stuff.

“Hard cider” – as pretty much only Yanks call it – was actually America’s original drink of choice. (Little-known fact: Johnny Appleseed’s apples were for cidermaking, not eating, as the alcoholic beverage was safer to drink than water.) But when Prohibition went into effect, stringent laws restricting the production of even non-alcoholic cider caused orchards to stop growing cider apples altogether, dealing our cider tradition – and the apples themselves – a death blow.

In recent years, however, cider’s seen a dramatic resurrection, aided by the gluten-free craze.”It’s incredible how fast the growth has been,” says Sherrye Wyatt, the executive director of the Washington”“based Northwest Cider Association. Among the regional trade group’s 44 cidery members, stories such as Bull Run’s are not uncommon, Wyatt says. “They’re not doubling or tripling sales – it’s thousands-of-percent increases.” This spring, two beverage giants, Anheuser-Busch and MillerCoors, forayed into the U.S. cider market (with Johnny Appleseed and Smith & Forge, respectively).

‘Hard cider’ – as pretty much only Yanks call it – was actually America’s original drink of choice. (Little-known fact: Johnny Appleseed’s apples were for cidermaking, not eating, as the alcoholic beverage was safer to drink than water.)

Trouble is, cider apples haven’t kept pace with cider. Many of these fruits are heirloom varieties – distinctively flavored, colorfully named cultivars such as Kingston Black, Yarlington Mill, and Porter’s Perfection – that went nearly extinct on American soil during Prohibition and haven’t been cultivated on a large scale since. Walking through the dwarf-sized, just-budding trees of Bull Run’s orchard, where more than 60 apple varieties are represented, cidery co-owner Galen Williams explains that for the time being, most cidermakers are making do with widely available cooking and dessert varieties, such as Red Delicious, along with whatever traditional cider varieties they can lay hands on. (Most ciders are made from a blend of apple types.)

“The hard-cider industry is essentially developing without a true raw material,” says the 32-year-old, Carhartt-clad cider wonk. “Cidermakers are using everything they can to make interesting, good-tasting ciders without actual cider fruit.”

With or without the big guys, though, a patchwork of cider-apple sources is coming together. Smaller-scale and more-nimble commercial growers are diversifying into cider varieties to hedge against crop failure, says Williams. Mulligan estimates that, much like Bull Run, about a third of cideries are growing their own apples. And Wyatt observes that farmers of other crops are exploring growing cider apples on fallow surplus land.

“We know more acres of cider trees are going in the ground,” says Wyatt. “If there’s a market for it, people will be watching.”

Back at Bull Run HQ, tasting the fruits of his labor, Williams dreams aloud of the day when cidermakers “will be able to go to the packing house and say, ‘I need 40 bins of Yarlington Mill,’ and they’ll say, ‘Yeah, no problem. We’ll deliver it tomorrow.’”

Still, he wonders if that day will ever come: “I like to believe it will.” But until then, he and his fellow cidermakers know: If they want the apple of their eye, they’ll have to find it themselves.