From Vodka to Vino

Changing weather has shifted the grape game and means Russia is one of a growing number of unlikely places in the world making wine. 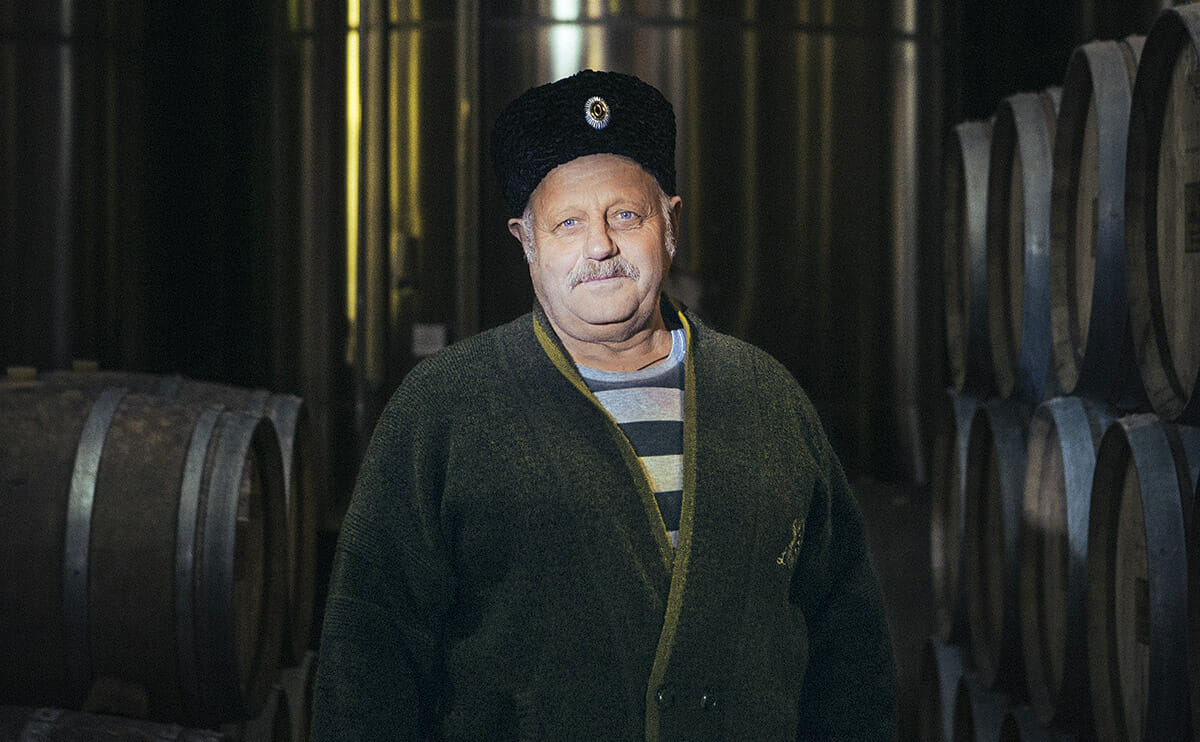 Situated in the country’s southwest Krasnodar region, about 700 miles from Moscow, Château is in a grain belt. It’s also the historical home of the Kuban Cossacks, the fiercely independent people usually pictured brandishing a sword on horseback. Its defining features are wheat fields, oil pumps and enormous Orthodox crosses erected by the side of the road. The few old wineries in the area were, until recently, used to grow grapes for eating.

Changing weather has shifted the grape game – now oenophiles are looking way past France, past England’s new champagne economy and even well beyond China’s ballooning wine industry to Krasnodar. It’s one of a growing number of unlikely places in the world making wine.

There are fewer spots less likely than southern Russia – its unpredictable winters can bring brutal frosts of minus 20 degrees Fahrenheit – for producing wine. But more than the weather issues, a larger issue looms: Will wine ever flourish in a country that has been weaned on vodka?

‘Wine is coming back to Russia,’ says Vladimir Kremensky, Château’s Cossack guard, with a grin. ‘And I don’t mind a glass between shifts.’

Russia’s rocky history with wine started with Francophile Tsar Alexander II, who established the country’s first vineyard in the late 19th century. Considered a drink for aristocrats, wine was a distant second to the everyman’s constant companion, vodka. A famous Russian saying goes, “There cannot be too much vodka. There can only be not enough vodka.”

After World War II, Stalin sought to make wine available to the masses, and charged scientists with developing hardy new types of grapes that could survive the winter and be produced in bulk. For decades, Soviet vineyards churned out sickly sweet swill, with grape sugar and concentrate added to disguise bad quality. While enjoyed by Russians on holidays, it would have made the average Frenchman faint.

But in the post-Soviet era, a flood of imports from Europe and South America made dry wine widely accessible, and it’s catching on with the growing urban middle class. Russia has seen the highest growth in wine consumption in the world, more than doubling, from around 3 to almost 8 liters per capita since 2000 (compared to a 67 percent growth in China, another emerging market). Meanwhile, production of Russian wine has also boomed, from 238.5 million liters of still wine produced in 2000 compared to 478 million in 2011.

“Now, people travel, they go to tastings. They encounter wine all over the world,” says Artur Sarkisyan, head of the Union of Russian Sommeliers and Experts.

Today, Russian wine accounts for 70 percent of the domestic market – but it’s estimated that up to three-quarters of this is the cheap, concentrate-based variety. Château is one of a new breed trying to offer something more artisanal. The facility was previously a winery named Aurora that had turned over its land to growing table grapes. After the Soviet collapse, it was bought by a group of Moscow investors, who brought in French specialists to study the soil and revamp production. In 2003, it reopened as Château le Grand Vostock.

The winery’s hybrid name, dreamt up by French consultants, sounds somewhat comical to locals (vostock is the Russian word for east). But thanks to a combination of unique local grapes and French techniques, Château is crafting entirely serious wines that could stand up to any bottle from Bordeaux. The winery has won some prominent fans: Last year, its selection, a blend of cabernet sauvignon and the indigenous varietal krasnostop, was served at President Vladimir Putin’s inauguration dinner. It sells at major grocery stores for around 200 rubles, or $6.

There have been other changes in a nod to quality. Aurora, like most Soviet farms, collected grapes with combines; at Château, they are picked by hand. Rows are now planted 3 meters apart, rather than 4, and branches are carefully trimmed to keep them small and healthy. Harvested grapes used to be sent to centralized plants for processing. Now, they are fermented at an on-site factory with modern French equipment. Château has also cast off the old practice of adding sugar, ethyl alcohol and artificial coloring, relying instead on natural flavors.

As good as business has been for the past few years, Russia isn’t going to be replacing Northern California or the south of France quite yet. The Russian winters bring deep frosts, which is a significant problem in keeping supplies steady. However, some industry experts predict that rising temperatures and increased sunshine due to global warming will lead to milder winters, and better harvests, in the coming decade.

“Before, the Party simply gave an order to harvest 4,000 tons of grapes,” says the vineyard’s head agronomist, Nariman Shcherfetdinov. “Now, we don’t care about the quantity – we want the quality to be good.”

Where is wine grown these days? Not where you’d think. The National Academy of Sciences projects that by 2050, 70 percent of land around the world currently cultivated for wine grapes will be ill-suited for growing due to global warming. With every degree of global warming, northern regions become better climates for grape cultivation.

Southern England:
Champagne in England? Yes, indeed. The light soil in the area is similar to the soil found in the Champagne region of France, which is ideal for growing chardonnay and pinot noir grape varieties.

Ningxia Region, China:
China’s total consumption of wine has doubled twice over the last five years, as Morgan Stanley reported in 2012. This is in part due to the rise of the middle class.The convergence of new consumers and climate change has led to an emerging group of winegrowers in the northwestern region of Ningxia, growing mostly cabernet sauvignon.

AvedØre, Denmark:
Winegrowing has gained momentum in the last 10 years due to the development of new grape varieties such as rondo, regent and Léon Millot. These grapes are designed specifically for the climate – they ripen early and can be harvested before the northern frost descends.