In a study published in the journal Ecosphere, a team at the University of Guelph in Ontario discovered bees making their homes out of bits of plastic waste. It’s an encouraging finding for J. Scott Maclvor, the lead author on the paper and a student at York University, because it shows the bees adapting to […] 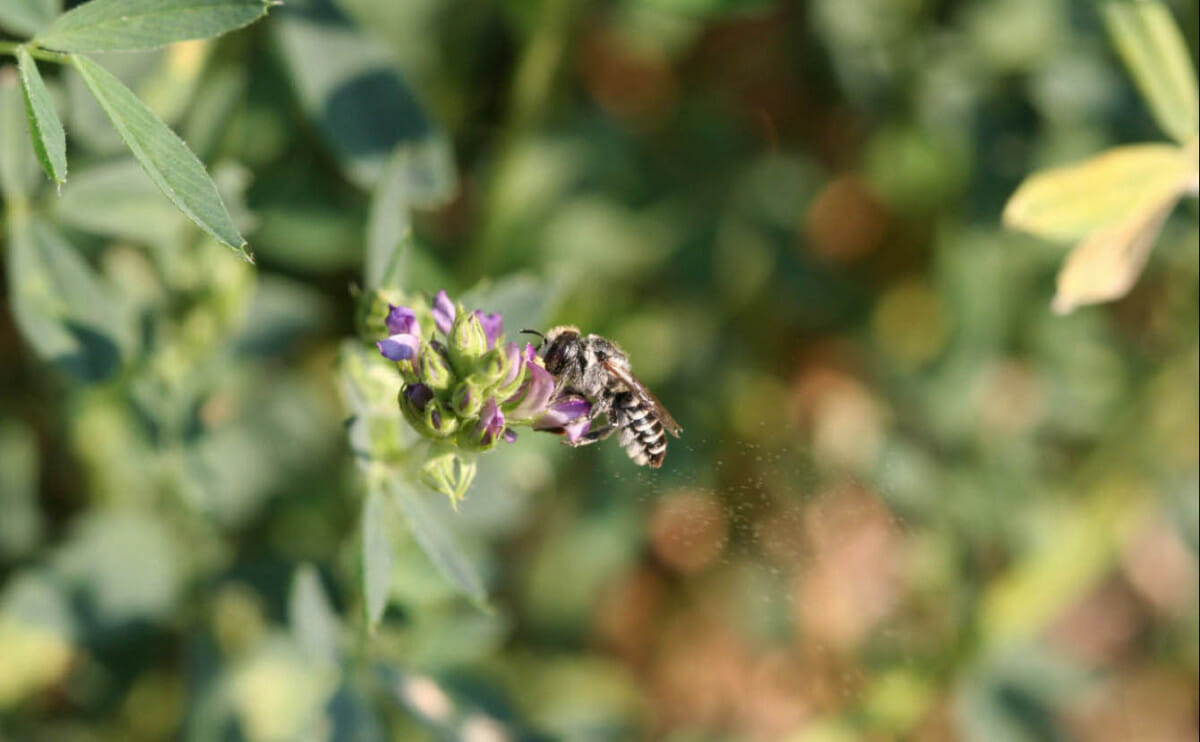 In a study published in the journal Ecosphere, a team at the University of Guelph in Ontario discovered bees making their homes out of bits of plastic waste.

It’s an encouraging finding for J. Scott Maclvor, the lead author on the paper and a student at York University, because it shows the bees adapting to an environment dominated by humans and their piles of junk.

Of the many synthetic materials humans have thrown to the wind, plastic proves especially vexing. It’s strong, durable and cheap, meaning that consumers are all too willing to send it to a landfill, leave it on the side walk or mix beads of it into cosmetic products bound for waterways. Some of those plastic compounds can linger in ecosystems for decades.

Still, only a handful of animals have been seen putting the material to use. Geese, swans and other birds take pieces of plastics for their nests. The study only cites one other sting-less bee making off with some wet paint, presumably to freshen up her home.

The sudden abundance of plastic could create a new branch in the evolutionary tree, separating city-dwelling bees who have learned to work with the material from their country cousins.

To see if bees might be using plastic on the sly, the scientists set up a number of “trap nests” in Toronto. Maclvor observed a grey goop in the nest of one species (Megachile campanulae) that usually uses tree resin to build its brood cells. While Maclvor first guessed the mysterious substance was chewing gum, analysis under an electron microscope revealed it to be a common calk or building sealant.

The team considered the possibility of the bees using the plastic by accident, but a few a clues suggest intention on the part of the insects. Not only did the bees use the plastic when the leaves were available — they left a different set of teeth markings on the synthetic stuff. Maclvor notes that, “bee naiveté does not appear to be the cause for the use of plastic.”

In any event, the study isn’t advocating leaving plastic waste outside certain kinds of nests for the benefits of bees. It does show, however, one example of the insects adapting to a new habitat dominated by humans.

In fact, the author notes that the abundance of plastic, “might act as a novel selective pressure further delineating urban-adaptive and urban-avoiding species and subpopulations.”

Correction: A previous version of this article referred to honeycomb brood cells and displayed a picture of honeybees, suggesting the bees in the study were honeybees making hives. The study focuses on solitary, cavity-nesting wild bees. Second, a previous version stated the “abundance of plastic could create a new branch on the evolutionary tree” — an inaccurate description. The abundance of plastic acts as a selective pressure. We regret all errors.