It's time to plant your spring garden: you want yours to be simple, modern and tasteful - without alienating your neighbors and fellow gardeners. 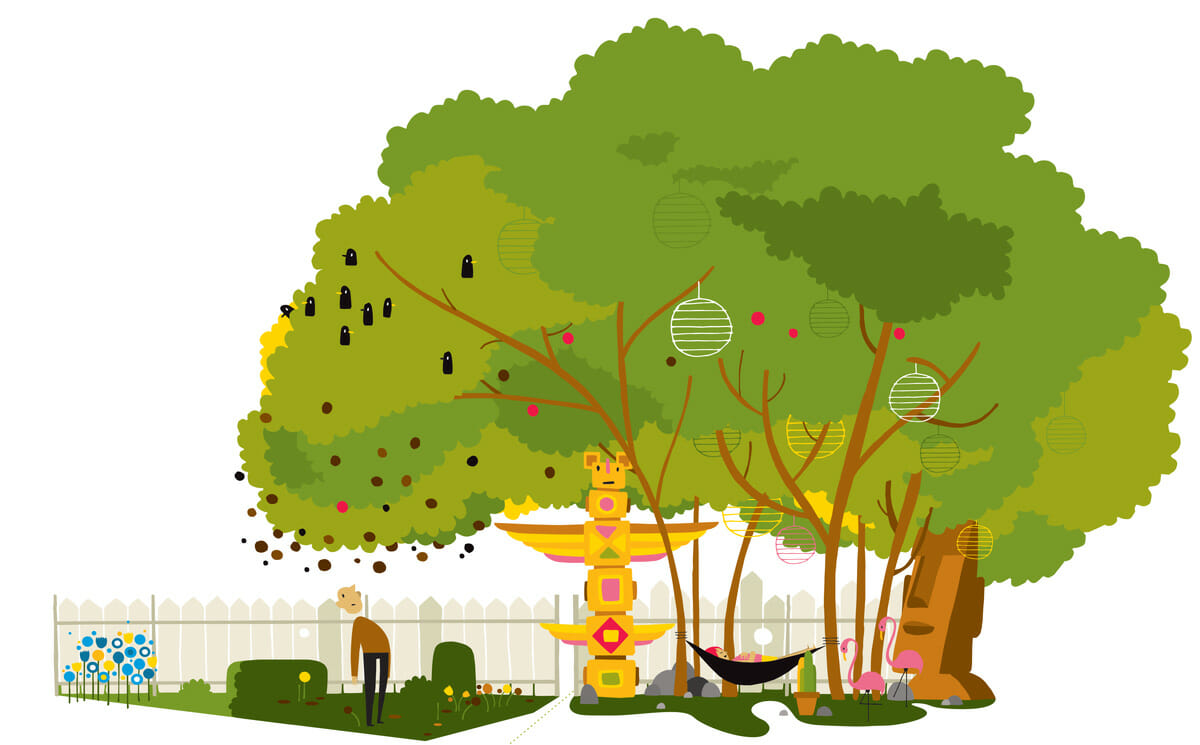 We went to the United Kingdom to ask the (very polite) horticultural manager and expert Thomas Broom of London’s Petersham Nurseries for tips.

DO Be a good neighbor. This is Thomas Broom’s simplest rule. Before you plop a thorny rosebush near where your neighbor’s kids play, have a chat with them about your plans. “Don’t be a bull in a china shop,” says Broom, “and just plant something without permission.”

DO Clean up after yourself. If your tree is dropping leaves or (rotting) fruit into a neighbors’ yard, clean it up for them. “It builds a sense of community,” says Broom (who practices what he preaches). Also, while everyone is very happy you’ve got a pile of compost, keep it out of sight of neighbors as much as possible. “It can be unsightly and stink,” says Broom.

DO Think aesthetically. “Cooler colors – like green, light blue, white and yellow – look nicer,” says Broom. Hot, vibrant colors are not as chic. Ditch the symmetrical look – too generic. “I was in California, and every single garden looked exactly the same,” says Broom. “It should look like it just happened, rather than having been just plopped there.”

DO Use local plants. Use what you have nearby instead of importing expensive (and ostentatious) exotics. There’s a reason certain plants grow well in your area, and planting those will mean less work in the long run. “Say you’re in the Appalachians,” says Broom. “You’ve got lots of beautiful trilliums growing there, with these lovely whites and greens that look amazing in the spring.” Put down those marigolds, now!

DON’T Throw (literal) shade. Large trees or a looming fence can ruin your neighbors’ chances of growing their own gardens. Don’t be competitive! Before any large planting, talk to your neighbors. Otherwise, things can get ugly – evil even. Broom says that his neighbors’ tree was outright murdered. Someone was “periodically putting weed killer into their tree and eventually killed it.”

DON’T Put in annoying plants. Conifer trees (and their needles) prevent anything from growing underneath them. Bamboo is a lovely screen plant until it invades your neighbor’s yard. And some plants, like yucca, cordylines or pampas grass, just look tacky and outdated. “I’m sure the ‘Real Housewives of Beverly Hills’ have lots of pampas grass in their gardens,” says Broom.

DON’T Be a noise polluter. Keep the gas-powered hedge trimmer off in the early mornings – your foliage will still need trimming after the rest of the neighborhood has woken up. And if you’re going to throw a garden party, talk to your neighbors beforehand.

DON’T Overaccessorize. “Overuse of bright colors in the garden,” says Bloom, “can look a bit mad.” Calm down there, Jackson Pollock. Stay away from too many garden ornaments, whether they’re birdbaths or blown-glass bulbs. (Although MF does admit to a soft spot for garden gnomes.) “Some people,” Broom laughs, “just can’t help themselves.”